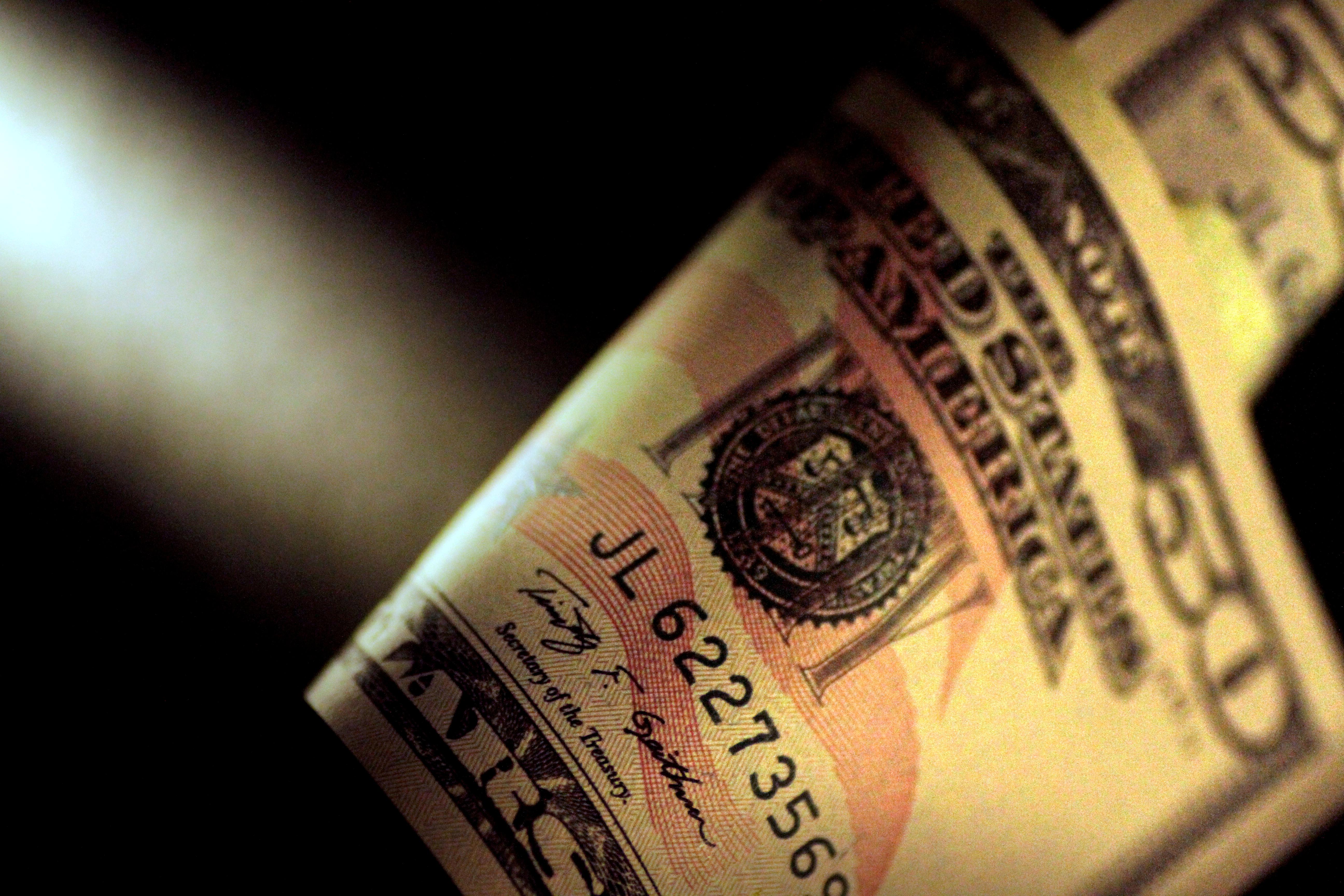 “The rout in the stock market has hit extra hard and the dollar is gaining on a safe-haven bid at the moment,” said John Doyle, director of markets, at Tempus Consulting in Washington.

Earlier, cautious comments overnight by Federal Reserve officials about the global economic outlook knocked the dollar to two-week troughs as they suggested the Fed could slow the pace of raising interest rates or end its tightening cycle.

In afternoon trading, the dollar index, a measure of the greenback’s value against a basket of six other major currencies, rose 0.7 percent to 96.858 .DXY, off from its weakest level since Nov. 7.

“With investors holding significant long U.S. dollar exposure, especially versus the yen, we think the dollar remains at risk of weakening further if the market’s doubts about the Fed outlook are sustained – or increase further,” said Shaun Osborne, chief FX strategist at Scotiabank in Toronto.

The euro declined against the dollar, spooked by a slide in European equities. Italian bank shares hit a two-year low and Italian bonds sold off again amid a continuing confrontation between the European Union and Italy over Rome’s budget plans.

The dollar was also weighed down by weak U.S. housing market data.

U.S. 10-year Treasury yields US10YT=RR pulled back as well, removing some support for the greenback.

“For the U.S. equity market to stabilize, either the rest of the world will have to show better growth or the Fed will have to moderate its stance,” Hans Redeker, global head of FX strategy, at Morgan Stanley, wrote in a client note.

“Both outcomes are U.S. dollar-negative and explain why rising U.S. equity volatility has failed to spill over into emerging markets.”

Sterling fell against the dollar GBP=, but was firmer against the euro EURGBP. British Prime Minister Theresa May told Scotland’s first minister, Nicola Sturgeon, on Tuesday that the Brexit deal she has negotiated with the EU will work for all parts of the UK and deliver on the results of the 2016 referendum.

In the cryptocurrency market, bitcoin BTC=BTSP lost another 10 percent to below $4,500 as sentiment soured further. Bitcoin was last down 5.4 percent at $4,516.23.