(Reuters) – European shares dipped on Thursday, as a warning from German carmaker Daimler and lackluster economic data from Asia and Europe countered a handful of positive corporate updates. 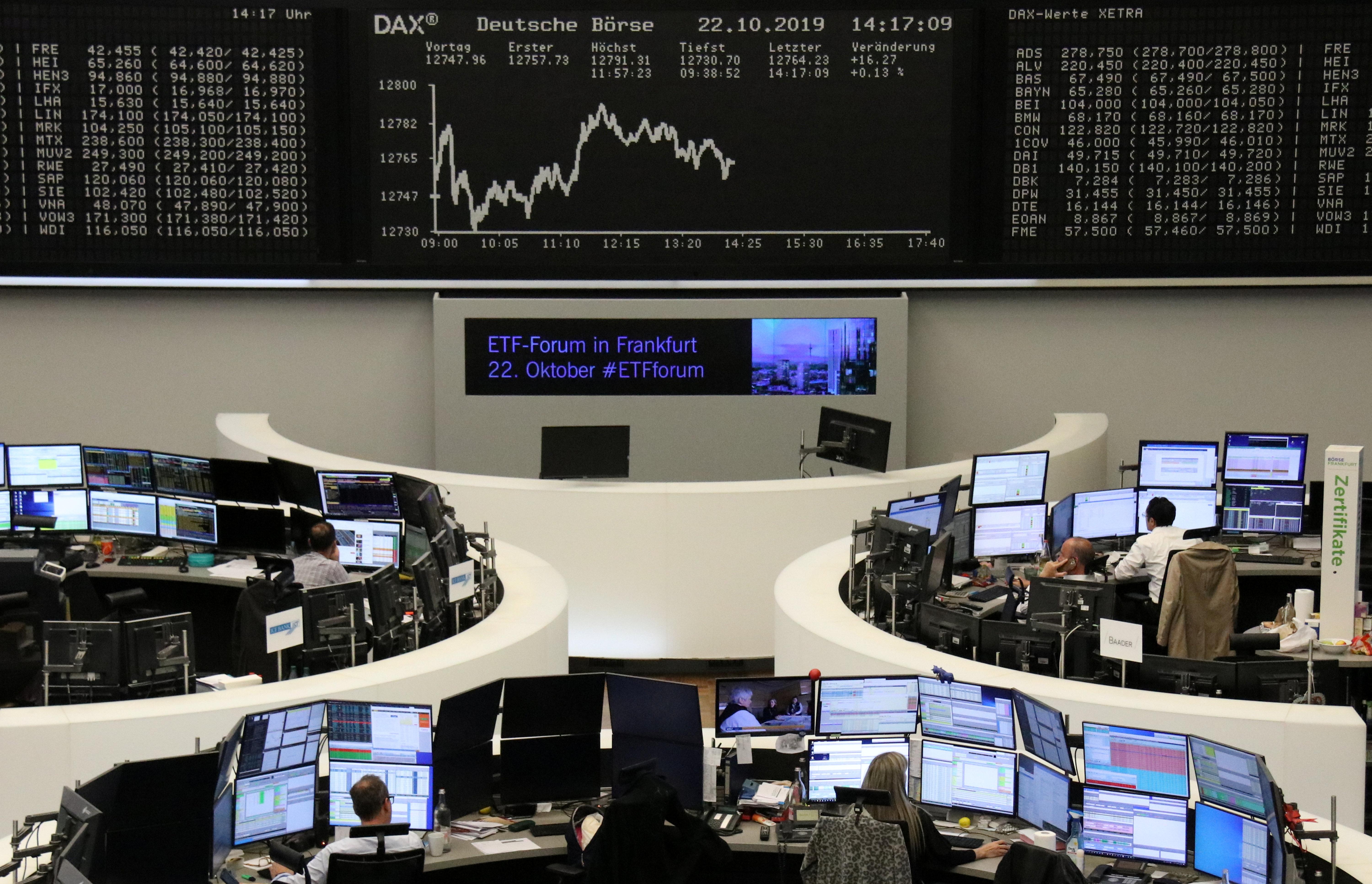 Data showed Germany’s economy narrowly avoided slipping into recession in the third quarter but growth remained close to zero and that in central and eastern European economies that rely heavily on its demand are crumbling.

Daimler (DAIGn.DE) dropped about 3% after the carmaker said tougher emissions rules would hit earnings in 2020 and 2021, forcing it to seek more than 1 billion euros on staffing costs at Mercedes-Benz by the end of 2022.

“Clearly, either side of zero is not great. It doesn’t indicate a strong German economy,” said Chris Bailey, European strategist at Raymond James.

“The thoughts now are to what extent will you see the German authorities stimulate their economy.”

Other numbers on Thursday showed China’s factory output growth slowed significantly more than expected in October and Japan’s economy ground to a near standstill.

The gloom took European shares further from a four-year peak hit last week driven by optimism about the chances of a ‘phase one’ trade deal between the United States and China and some better-than-expected earnings.

London’s FTSE 100 .FTSE was down 0.4% as a drop in private equity company 3i and a handful of stocks trading ex-dividend overshadowed an earnings-driven surge in luxury brand Burberry.

Burberry’s shares (BRBY.L) rose about 6% after it said the popularity of collections by designer Riccardo Tisci boosted sales in its second quarter.

Official data showed British consumers, whose spending has helped the economy weather three years of Brexit turmoil, cut back on their shopping in October, adding to signs of weak overall economic growth.