LONDON (Reuters) – China let its yuan weaken below 7 yuan per dollar on Monday, an 11-year low, as the escalation in the U.S.-China trade war shook currency markets. 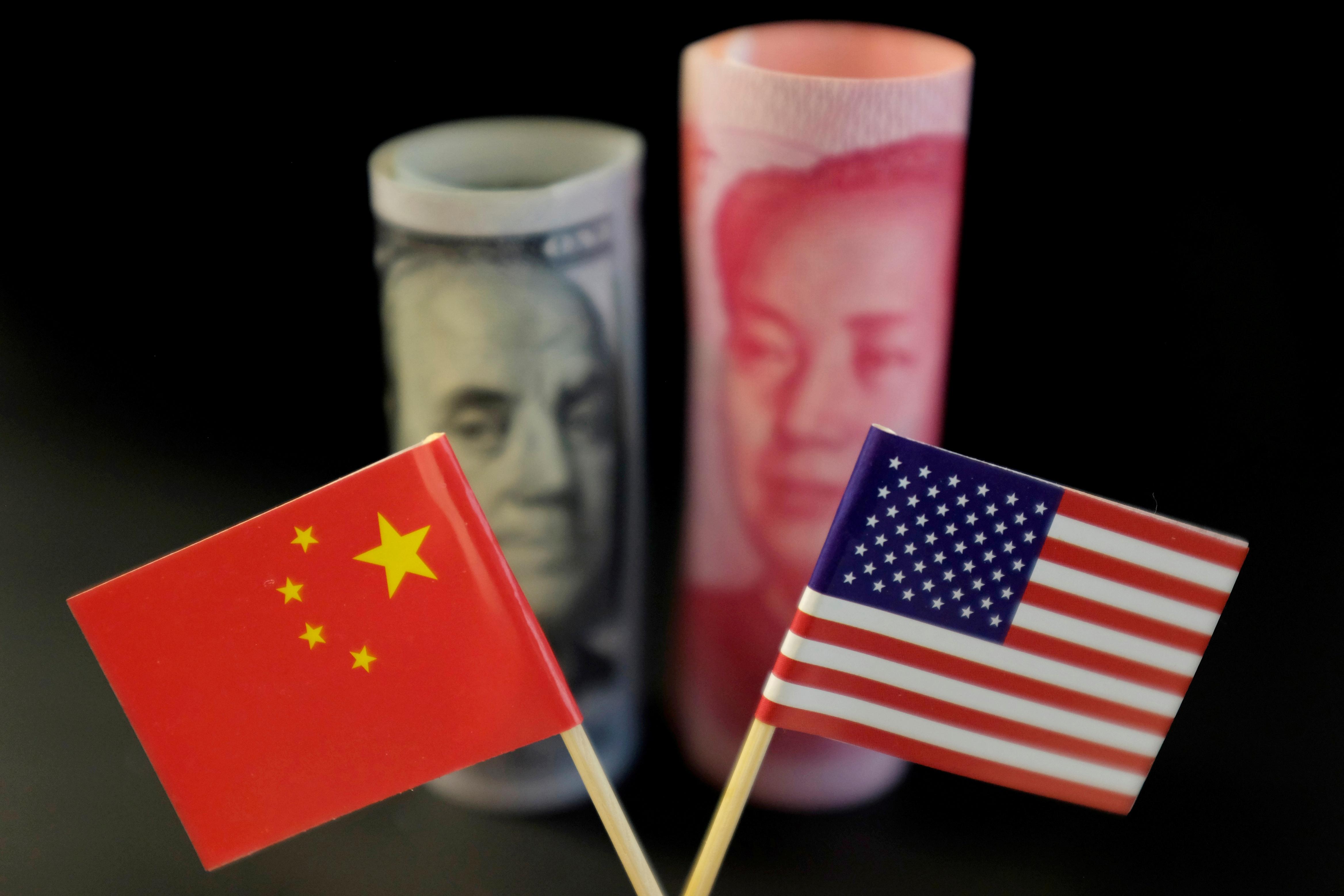 Fearful of the impact on global growth, investors dumped export-oriented Asian currencies and rushed into safe havens, with the Japanese yen surging to a seven-month high.

Chinese authorities, who had been expected to defend the psychologically important level of 7 per dollar CNY=CFXS, allowed the currency break thought the floor to its lowest in the onshore market since the 2008 global financial crisis.

In offshore markets, the yuan CNH=EBS fell to its weakest since international trading of the Chinese currency began. The currency was headed for its biggest one-day drop in four years. It was last down 1.4% at 7.0744 in offshore markets.

The fall came after Beijing vowed on Friday to fight back against U.S. President Donald Trump’s decision to impose 10% tariffs on $300 billion of Chinese imports, ending a month-long trade truce.

“The fallout has been most evident in the Asia region,” MUFG analyst Derek Halpenny said. “We certainly expect to see general FX volatility increase in the coming days with daily PBOC (People’s Bank of China) CNY fixes an important focus each day.”

The currencies of other Asian economies are closely linked with China’s growth prospects also dropped. The Korean won KRW= fell 1.4% against the dollar, on course for its biggest one-day loss since August 2016. The new Taiwan dollar fell more than 0.7% TWD=.

Analysts said Trump, who has repeatedly called for a weaker dollar in 2019, was unlikely to ignore the yuan’s depreciation.

“There is also a risk later that President Trump responds to 7+ levels in $/CNY by claiming that China is playing a ‘big currency manipulation game’. This may extend to a threat to weaken the dollar, which will only encourage short positions in USD/JPY and a pick-up in traded volatility prices,” ING analysts said.

The Swiss franc, another safe-haven currency, strengthened 0.2% to 1.0883 francs per euro EURCHF=EBS, a two-year high.

Sterling fell again after media speculation over the weekend that Prime Minister Boris Johnson was preparing for a general election. The pound shed 0.5% to $1.2105 GBP=D3, not far from its two-year low of $1.2080 touched last week. It was 0.5% weaker against the euro at 91.84 pence EURGBP=D3.