Foreign businesses worry that tough quarantines and restrictions could persist into next year as Beijing struggles with variants and questions about its vaccines. 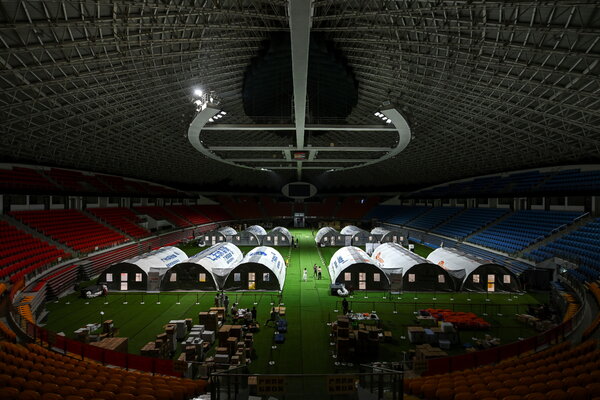 China has followed variations of that formula for dealing with the coronavirus for more than a year — and a new outbreak suggests that they could be part of Chinese life for some time to come.

China appeared to get the coronavirus under control nearly a year ago. But hundreds of millions of Chinese people remain unvaccinated. New variants of the coronavirus have appeared, and questions remain about whether China’s self-made vaccines can stop them.

The latest cases have been found in Guangzhou, capital of the southern province of Guangdong. The authorities have blamed the Delta variant, which has caused widespread loss of life in India.

The city tested practically its entire population of 18.7 million between Sunday and Tuesday, some of them for the second time. It has also put neighborhoods with a total of more than 180,000 residents into total lockdowns, with practically no one allowed out except for medical testing.

The early infections appear to have jumped from person to person at a cluster of eateries. Each infected person has infected more other people than in any previous outbreak that China has confronted, Zhang Zhoubin, deputy director of the Guangzhou Center for Disease Control, said at a news conference. 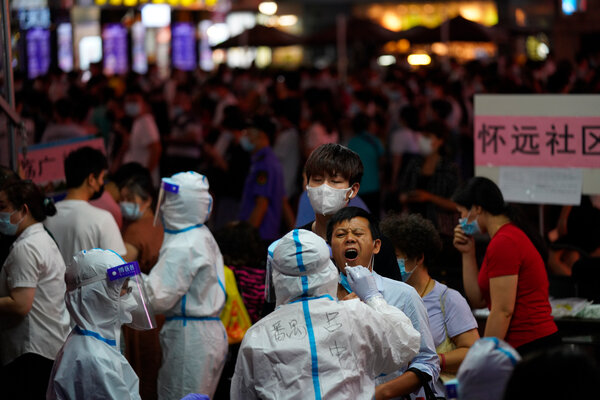 “The epidemic faced by Guangzhou this time is an unprecedented opponent, and it requires more resolute and decisive measures to deal with it,” he said.

Test facilities in Guangzhou have been operating around the clock. Lines are long. Residents wake early to try to beat the rush, but still find delays.

Mandy Li, a longtime resident of the city’s Liwan District, where most of the infections have occurred, said she set her alarm clock for 3:30 a.m. She still had to wait an hour.