JACKSON HOLE, Wyo. (Reuters) – Global central bank chiefs know their job is to keep the economy out of the ditch. 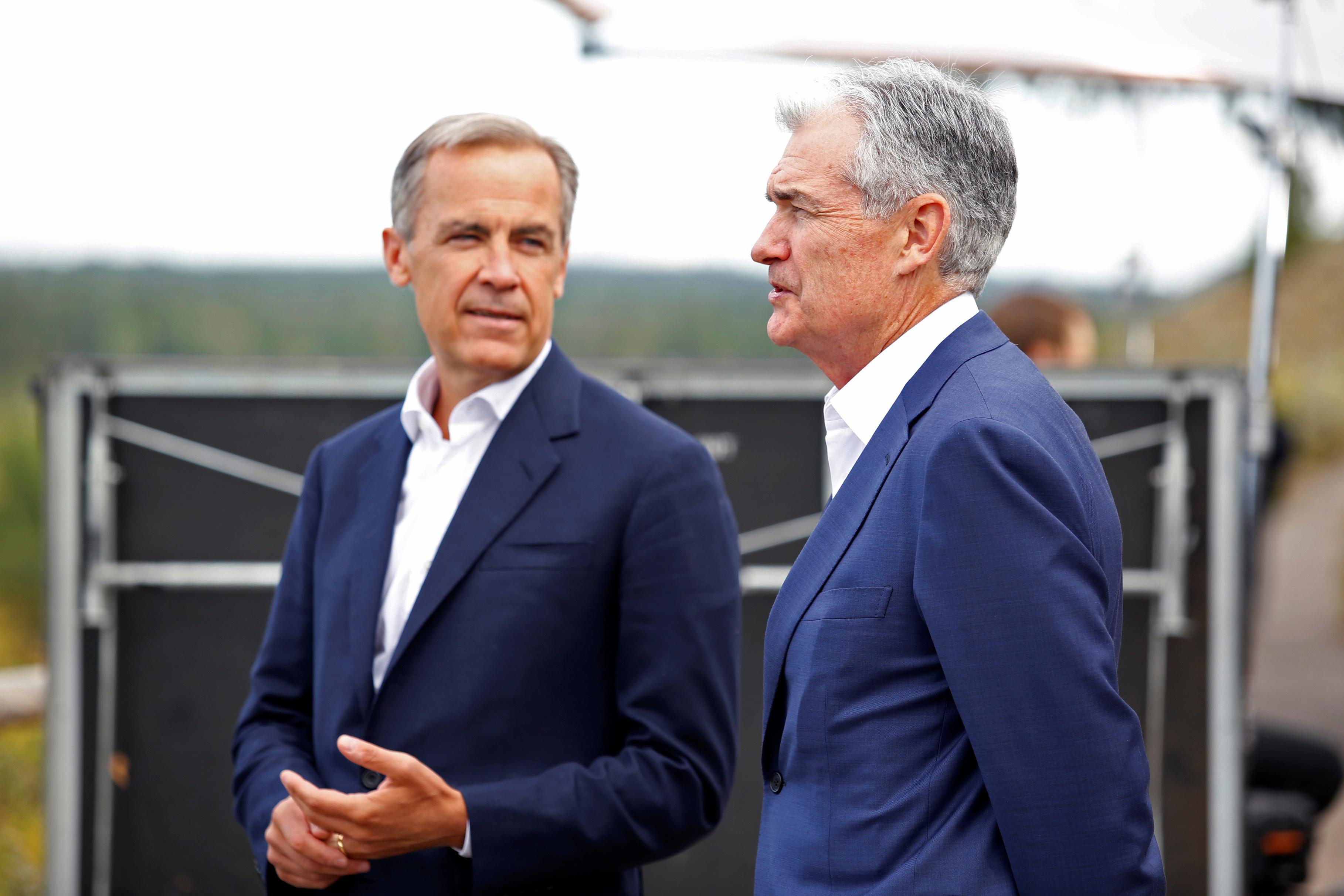 What became clear at the U.S. Federal Reserve’s central banking conference in Jackson Hole, Wyoming, over the past couple of days is that not only do other people hold the wheel, some seem intent on steering toward trouble.

“We are experiencing a series of major political shocks; we saw another example of that yesterday,” Reserve Bank of Australia Governor Philip Lowe said on Saturday, a day after China and the United States slapped more tariffs on each other’s goods and U.S. President Donald Trump called on American companies to shut down their operations in the Asian nation.

As those political shocks slow growth, Lowe said in a panel discussion, “there is a strongly-held view that the central bank should just fix the problem … The reality is much more complicated,” and not something monetary policy can likely repair.

His comments spoke to an uncomfortable truth that hovered over an annual symposium where the mountain backdrop and two days of technical debate often seem distant from the world of realpolitik. Even as central bankers and economists referred to the deep connections that now tie the world’s economies together, a U.S.-driven trade war seemed to be driving them apart and raising the specter of a broad global downturn.

Worse, it’s a downturn none of the central bankers seemed confident about how to fight – coming not from a business- or financial-cycle meltdown that they have a playbook to combat, but from political choices that threaten to crater business confidence.

If that’s the problem, Lowe and others said, lower interest rates – something demanded by Trump to get an upper hand in the trade war with China – will do little to help.

“The problem is in the president of the United States,” former Fed Vice Chair Stanley Fischer said at a lunch event on Friday. “How the system is going to get around some of the sorts of things that have been done lately, including trying to destroy the global trading system, is very unclear. I have no idea how to deal with this.”

It was a rare calling out of Trump, though his presence infused other remarks. Fed Chair Jerome Powell, handpicked by Trump to run the central bank but now an object of the president’s ire, noted in his opening speech that the Fed had no chartbook for building a new global trading system.

What they’ve gotten instead is a fast multiplying set of risks, with the U.S.-China trade war at the epicenter but also including the possibility of a disruptive British exit from the European Union, an economic slowdown in Germany, a political collapse in Italy, rising political tensions in Hong Kong, and longstanding international institutions and agreements under pressure.

Amidst all the tumult, and with interest rates across the globe already lower than they’ve been historically, monetary policy may be no match.

“There is not that much policy space and there are material risks at the moment that we all are trying to manage,” Bank of England Governor Mark Carney said here on Friday.

Small countries like Sweden and Turkey, buffeted by volatile capital flows as central banks worldwide cut rates, are now struggling to deal with the possibility that the global trading order may be changing for good.

Meanwhile, large nations worry they will slip into a rut that may be hard to escape.

For the U.S. central bank, if trade uncertainty drives down business investment and starts to hurt consumer spending, it may find itself cutting rates back to zero with the economy still muddling along, forcing Powell and his fellow policymakers to weigh whether to restart crisis-era tools even outside a crisis or recession.

“There’s only so much a monetary policy action can do,” Cleveland Fed President Loretta Mester told Reuters on the sidelines of the conference on Saturday. “You have to recognize that the U.S. economy is affected by what’s going on in the rest of the world … I do worry about this whole undermining of institutions globally.”

In a development that has cheered some policymakers, Germany has signaled it may deliver some fiscal stimulus to offset a manufacturing slump. But with the European Central Bank signaling it too is ready to battle slowing growth by easing policy further, Powell’s Fed may be forced to act despite its desire to stay above the day-to-day fray of changing trade policy.

“You need to respect that we are part of the global economy; the global economy is slowing, other central banks are easing, and they are responding to a common global slowdown,” Fed Vice Chair Richard Clarida said on Friday.

Landslides in mountain villages kill 16 in Nepal, sweep away homes