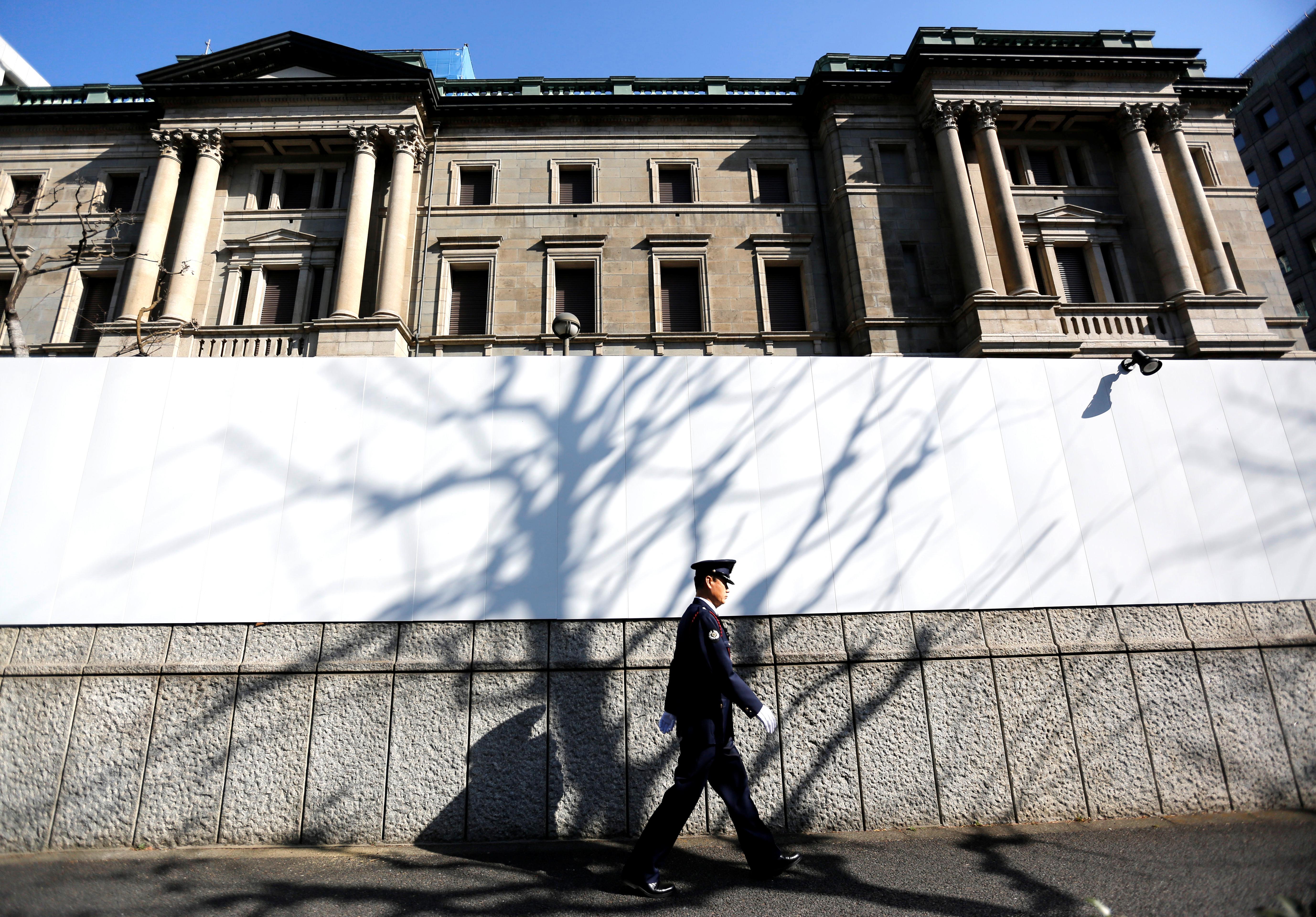 TOKYO (Reuters) – Bank of Japan policymakers in October debated whether extra easing measures should be taken in case momentum toward achieving the central bank’s inflation target is lost, a summary of their opinions showed on Monday, as heightened overseas risks threaten to derail a fragile economic recovery.

“It is necessary to take additional easing measures without hesitation if the momentum (toward achieving the target) will be lost,” one of the BOJ’s nine board members was quoted as saying in the summary.

At the Oct. 30-31 meeting, the BOJ kept monetary policy steady but introduced new forward guidance to more clearly signal the future chance of a rate cut, underscoring its concern over simmering overseas risks.