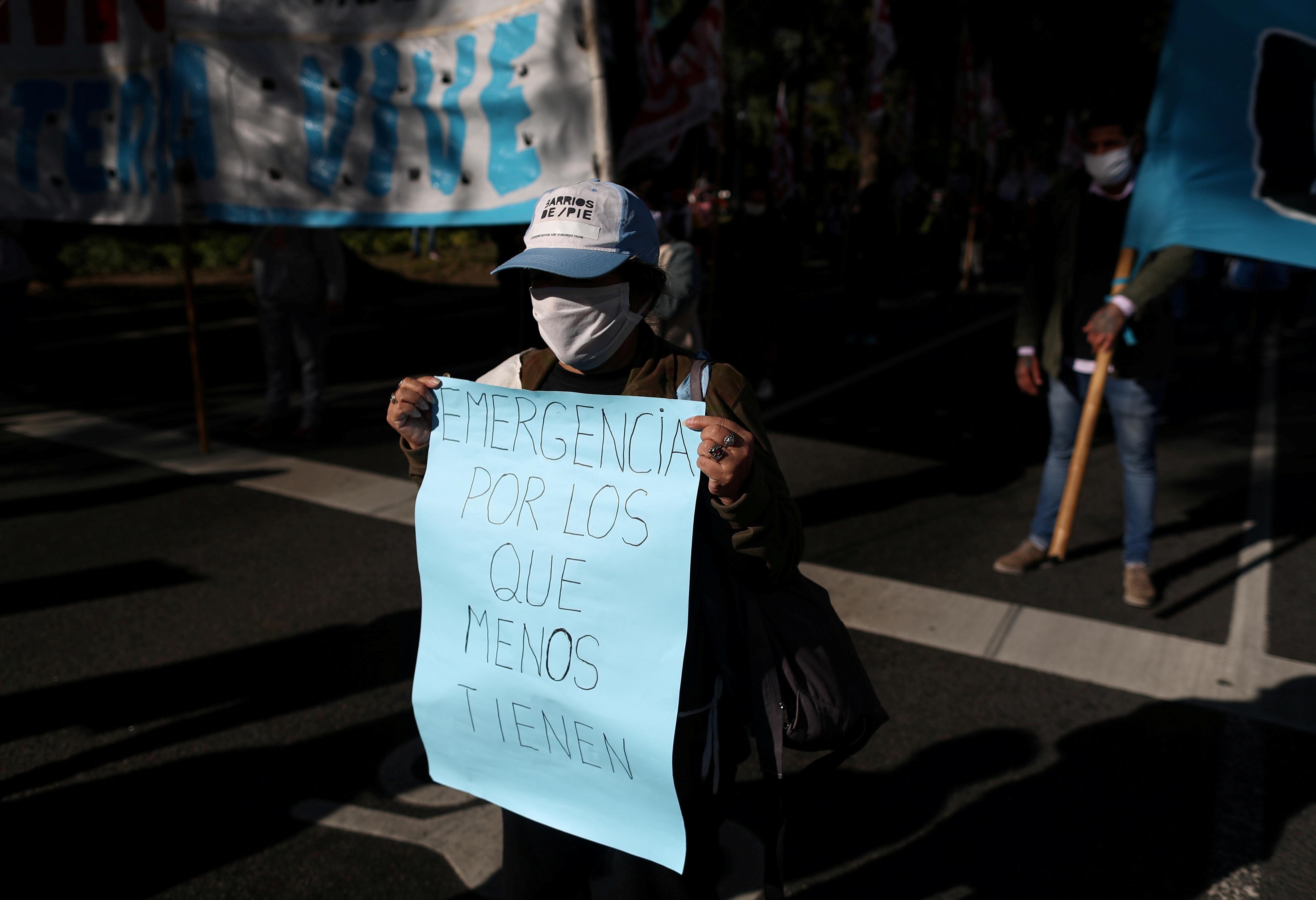 The government unveiled its latest amended proposal late here on Wednesday, which a government source said was worth around 50 cents on the dollar, with an additional sweetener linked to the country’s farm exports.

That, however, was not enough to win over some bondholders, and a key creditor group said the talks had failed and that it was “considering all available rights and remedies.”

The government also published two counterproposals here it had received here saying that some creditors demands were “largely inconsistent” with its own debt sustainability analysis.

Argentina aims to revamp about $65 billion in what it has called unsustainable debt.

The “Ad Hoc” bondholder group, including names like Fidelity, AllianceBernstein and BlackRock, said in a statement that the Argentine government had “walked away” from a counterproposal it had made and had chosen to remain in default.

Amherst Pierpont said in a note that Argentina’s latest offer, which it calculated had a maximum net present value of 54.6 cents on the dollar, did not seem all that far away from the toughest demands from the Ad Hoc group, which it put between 47-58 cents.

It said closing the remaining gap would, however, require goodwill on both sides and that the lack of an accord was a potentially worrying sign after weeks of optimism that have boosted Argentina’s bond prices.

“This deflates the optimism of a compromise solution and instead increases the risks of legal backlash,” it added.

Citi said the gap between the two sides looked to be around 5-6 cents, which it said was “not that large,” though the main impediment for a deal at this point was ideological.

It pointed to differences in demands over collective action clauses, accrued interest payments and some creditors seeking coupons linked to dollar-denominated GDP rather than exports. That gap could stall talks for now, it added.

“To us, the fact that both parts have made public their positions, means that progress in the negotiations in the next weeks or even months will likely be limited.”