We’re examining Russia’s reaction to news about a C.I.A. spy deep inside the Kremlin and a unique business proposal from the Hong Kong Stock Exchange operator. We also have a story about whale karaoke. Yes, you read that correctly. 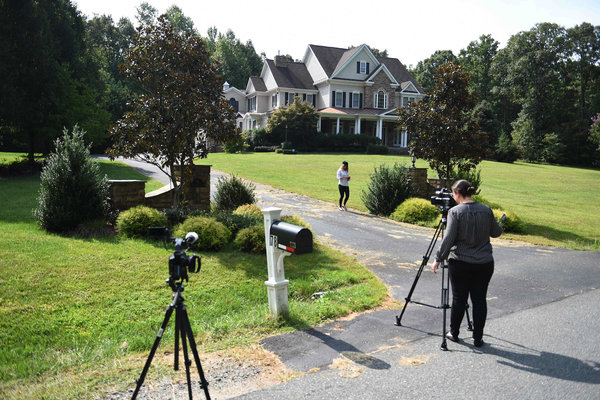 Russian officials and state-controlled media outlets named the informant as Oleg B. Smolenkov, and dismissed him as a boozy nobody who had no contact with President Vladimir Putin.

That picture contrasts sharply with what U.S. intelligence officials have said about the spy, who has been extracted from Russia: that he saw Mr. Putin regularly and became “one of the C.I.A.’s most valuable assets.”

The C.I.A. declined to comment, and The New York Times was not able to independently confirm that Mr. Smolenkov was the spy extracted by the United States.

Pinch of salt: Russia wants to make it seem as if the C.I.A. invested in a low-level diplomat, but minimizing a rival’s recruits is as much a part of spycraft as inflating them.

Trump aims at fentanyl by mail

The president has drafted an executive order that would empower the U.S. Postal Service to increase inspections of mailed packages, which now often bring in deadly drugs from foreign nations, not to mention counterfeit products.

China is a major source of both, and would feel the brunt of the order.

Context: Shipments of fentanyl became a central issue in on-and-off trade negotiations between Beijing and Washington. The next round is in October.

Earlier in the week, Beijing offered an olive branch of sorts, exempting a handful of American-made goods from retaliatory tariffs. But the list omits some big-ticket items quite likely needed to rescue a trade deal.

A tale of two stock exchanges

Hong Kong’s stock exchange operator offered nearly $37 billion to buy its counterpart in London in a bid to create a global trading hub that could withstand competition from the wealth of new electronic trading platforms.

And recent antigovernment protests in Hong Kong have raised concerns about China’s increasing involvement in the affairs of the city, calling into question its long-term role as a global business hub.

Related: China has threatened to block Cathay Pacific from its airspace unless it weeds out employees sympathetic to the antigovernment demonstrations, creating an atmosphere of fear and distrust among its workers.

The Australian government confirmed that three citizens had been detained in Iran. Officials said consular assistance was being provided to their families but provided no further details.

The British government said Wednesday that its foreign secretary met with the Iranian ambassador to discuss the issue.

Reminder: The detentions add to heightened tensions between Iran and the West that spiked after President Trump abandoned a global nuclear pact last year and have prompted tit-for-tat seizures of oil tankers in the Strait of Hormuz. Last month, Australia joined an American-led mission to police the shipping channel.

If you have eight minutes, this is worth it

Refugees and the global order

After World War II, the U.S. and its allies resettled hundreds of thousands of people. There were moral rationales, but there was also fear that leaving millions of displaced people in Europe’s sprawling camps or urban squalor would foment unrest.

Our Interpreter columnists examine how refugee resettlement became the cornerstone of the world order and the impact of President Trump’s cuts to the U.S. system.

Hurricane Dorian: About 2,500 people have been reported missing in the wake of the storm in the Bahamas, but the names have yet to be checked against those who sought shelter or evacuated, the government said Wednesday, and the death toll is now at 50.

Australia: A new law criminalizing violent content online was seen as a model for creating a safer internet, but enforcement so far is largely passive and reactive, highlighting limits to the approach.

Britain: A Scottish court ruled that Prime Minister Boris Johnson’s decision to suspend Parliament was unlawful. The decision set up a showdown next week at the Supreme Court in London, which had already said it would review the case.

China: A Taiwanese man who disappeared during a visit to China is being investigated for suspected activities that “endanger national security,” the Chinese authorities said.

India: The country’s efforts to revive the Chandrayaan-2’s lost lunar lander, which fell silent last week as it headed toward the moon’s surface, may be futile, scientists said.

Snapshot: Above, a humpback whale near Raoul Island, 700 miles from the northeast coast of New Zealand. A new study has found that whales from the South Pacific tend to hang out in this area for a few days every year and share songs with one another. In other words, it’s a humpback karaoke spot.

From the archives: Two months after the Sept. 11 attacks, the novelist Colson Whitehead wrote an ode to New York City and the World Trade Center for The Times Magazine. “When the buildings fall, we topple, too,” he said.

What we’re reading: This piece in The New Atlantis. Charles Homans, the politics editor for The Times Magazine, recommends: “Laurence Scott’s wonderful and probing exploration of the particular nostalgia and melancholy brought on by watching old videos on YouTube — the unexpected emotional places those rabbit-hole expeditions can take us.”

Cook: Fresh ginger is the key ingredient in coconut-gochujang glazed chicken with broccoli.

Listen: It took five years and 28 people to create the Bon Iver track “iMi.” It’s the subject of our latest Diary of a Song episode.

Read: A dedicated fan of Isabelle Huppert explains — via comic strip — how the actress can upend a movie lover’s most cherished ideas.

Eat: Mission Ceviche, which began as a counter in a food hall, has grown into a full restaurant on the Upper East Side. Read our critic’s review.

Smarter Living: Getting enough vitamin D is critical to having healthy bones. But, it turns out, a little goes a long way: High doses of vitamin D may actually lower bone density in healthy adults, a clinical trial found. The good news is that the study didn’t find any increased risk of serious health issues, like cancer or kidney stones.

Not all dogs are well-trained pets (even if they are still very good dogs). Here are some tips for finding the right trainer for Fido.

This summer, China put its first indigenous aircraft carrier out for sea trials and launched its first commercial rocket into space.

But some pet lovers may be more interested in another milestone: China’s first cloned cat.

It was born in July with DNA from a deceased British shorthair, China’s state-controlled news media reported. The heartbroken owner, a 22-year-old Chinese businessman, kept the corpse in his refrigerator while waiting for a technician to extract some of its skin cells.

The clone was named after the original cat: Da Suan (大蒜), meaning Garlic. The owner told our colleague, Sui-Lee Wee, that the name just came to him. Garlic is, of course, an indispensable part of Chinese cuisine.

The new Garlic’s birth solidifies China’s position among the major cloning nations, which include Britain, South Korea and the U.S. Sinogene, the company that did the cloning, has cloned more than 40 dogs and is working on a horse.

But Sinogene’s chief executive says he has never owned a pet.

“Cats and dogs require too much care,” he told Ms. Wee.

Thank you
To Mark Josephson and Eleanor Stanford for the break from the news. Mike Ives, a Hong Kong-based reporter, wrote today’s Back Story. You can reach the team at [email protected]

P.S.
• We’re listening to “The Daily.” Our latest episode is about the departure of John Bolton, President Trump’s national security adviser.
• Here’s our Mini Crossword, and a clue: Around 3.5% of ocean water (four letters). You can find all our puzzles here.
• For the past year, The New York Times’s Kabul bureau and The Times Magazine’s At War channel have published weekly reports documenting civilian and military deaths in Afghanistan. Two Afghan reporters who write the reports explained the process.