Home » Analysis & Comment » Opinion | The Rotting of the Republican Mind

Opinion | The Rotting of the Republican Mind

We live in a country in epistemological crisis, in which much of the Republican Party has become detached from reality. Moreover, this is not just an American problem. All around the world, rising right-wing populist parties are floating on oceans of misinformation and falsehood. What is going on?

My analysis begins with a remarkable essay that Jonathan Rauch wrote for National Affairs in 2018 called “The Constitution of Knowledge.” Rauch pointed out that every society has an epistemic regime, a marketplace of ideas where people collectively hammer out what’s real. In democratic, nontheocratic societies, this regime is a decentralized ecosystem of academics, clergy members, teachers, journalists and others who disagree about a lot but agree on a shared system of rules for weighing evidence and building knowledge.

This ecosystem, Rauch wrote, operates as a funnel. It allows a wide volume of ideas to get floated, but only a narrow group of ideas survive collective scrutiny. “We let alt-truth talk,” Rauch said, “but we don’t let it write textbooks, receive tenure, bypass peer review, set the research agenda, dominate the front pages, give expert testimony or dictate the flow of public dollars.”

Over the past decades the information age has created a lot more people who make their living working with ideas, who are professional members of this epistemic process. The information economy has increasingly rewarded them with money and status. It has increasingly concentrated them in ever more prosperous metro areas.

People need a secure order to feel safe. Deprived of that, people legitimately feel cynicism and distrust, alienation and anomie. This precarity has created, in nation after nation, intense populist backlashes against the highly educated folks who have migrated to the cities and accrued significant economic, cultural and political power. Will Wilkinson of the Niskanen Center calls this the “Density Divide.” It is a bitter cultural and political cold war.

In the fervor of this enmity, millions of people have come to detest those who populate the epistemic regime, who are so distant, who appear to have it so easy, who have such different values, who can be so condescending. Millions not only distrust everything the “fake news” people say, but also the so-called rules they use to say them.

People in this precarious state are going to demand stories that will both explain their distrust back to them and also enclose them within a safe community of believers. The evangelists of distrust, from Donald Trump to Alex Jones to the followers of QAnon, rose up to give them those stories and provide that community. Paradoxically, conspiracy theories have become the most effective community bonding mechanisms of the 21st century.

For those awash in anxiety and alienation, who feel that everything is spinning out of control, conspiracy theories are extremely effective emotional tools. For those in low status groups, they provide a sense of superiority: I possess important information most people do not have. For those who feel powerless, they provide agency: I have the power to reject “experts” and expose hidden cabals. As Cass Sunstein of Harvard Law School points out, they provide liberation: If I imagine my foes are completely malevolent, then I can use any tactic I want.

Under Trump, the Republican identity is defined not by a set of policy beliefs but by a paranoid mind-set. He and his media allies simply ignore the rules of the epistemic regime and have set up a rival trolling regime. The internet is an ideal medium for untested information to get around traditional gatekeepers, but it is an accelerant of the paranoia, not its source. Distrust and precarity, caused by economic, cultural and spiritual threat, are the source.

What to do? You can’t argue people out of paranoia. If you try to point out factual errors, you only entrench false belief. The only solution is to reduce the distrust and anxiety that is the seedbed of this thinking. That can only be done first by contact, reducing the social chasm between the members of the epistemic regime and those who feel so alienated from it. And second, it can be done by policy, by making life more secure for those without a college degree.

Rebuilding trust is, obviously, the work of a generation. 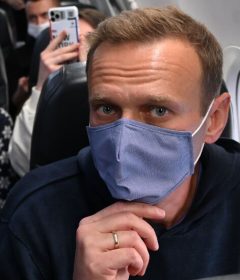 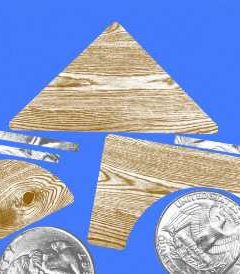 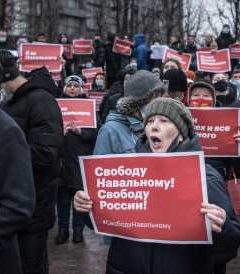