Home » Analysis & Comment » Opinion | ‘The Panic Attacks Are Setting In’

Opinion | ‘The Panic Attacks Are Setting In’

On March 29, the United Kingdom will leave the European Union. Probably.

Since Prime Minister Theresa May invoked Article 50, setting in motion a two-year exit process, the British government and the European Union have sparred over what Brexit might mean in practice. Questions have swirled. Will European Union citizens in Britain, and Britons in the union, be guaranteed the right to stay? Will trade and transportation be disrupted — and with them, vital supplies? And if a hard border is imposed between Northern Ireland and the Republic of Ireland, will the United Kingdom itself unravel?

Mrs. May’s draft deal, announced on Tuesday evening and presented to Parliament on Thursday, has done little to settle matters. Met with cabinet resignations and widespread expectation of failure, it is unlikely to break the impasse.

And so with less than five months left, the fact of departure — let alone the details of what may come after — remains unclear. We asked readers in the United Kingdom, and British citizens in the bloc, how they were preparing.

Hundreds of responses came in. Some were optimistic; others were ambivalent. But a majority of people expressed anxieties — about their families, livelihoods, public services, residency rights and futures — with uncertainty the dominant mood.

Below is a selection, edited for length and clarity.

‘Suddenly I have been turned into an immigrant’ 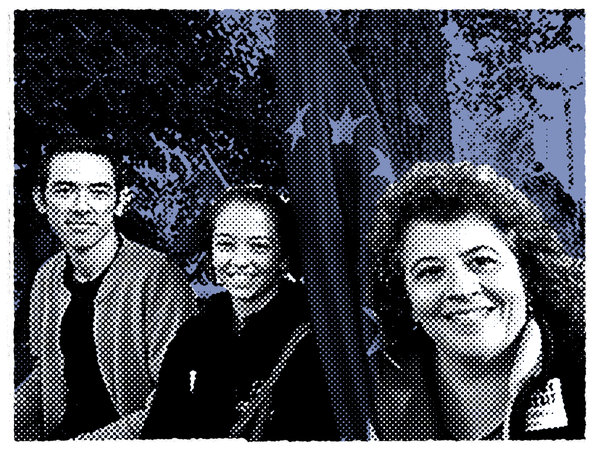 When I met my British husband, we set up home in his country: My children are the product of freedom of movement. They are French, Italian and British. They speak English, French and Italian. They drink tea, love cheese and can cook the best pasta dishes. They are Europeans — it is in their blood, it is in their genes.

Suddenly I have been turned into an immigrant, subjected to all the nasty rhetoric that goes with it, and like many others was told to “go back to my country.” Which one? — Nathalie Joel, Guildford, England

‘The panic attacks are setting in’

I am a Welsh lady who lives in Sweden with my 11-year-old son, who was also born in Wales, and my two Swedish-born daughters, aged 6 and 5. I have tried to put Brexit out of my mind. But as the date looms closer, the panic attacks are setting in. If I lose my rights to things such as health care, as a result of a change to my legal status, I won’t be able to afford to live here. That means returning to Britain with my son, who has autism and doesn’t remember Wales, and leaving behind my two daughters with their Swedish father, as I might not have the legal right to take them with me. Sadly, us British citizens in the European Union are the abandoned and forgotten of Brexit. We’re just ordinary people, now fearing for our future. — Bethan White, Knislinge, Sweden

Personally, I expect that eventually the United Kingdom will split into England and into the countries that make up the United Kingdom’s Celtic fringe: Cornwall, Wales, Scotland and Northern Ireland. A good thing, too.

For many of us, there is no “Britain.” Many of us Anglo-Celts are as sick of the politicians in Westminster as the English are sick of those in Brussels. Sovereignty’s a double-edged sword, which the Celtic nations will wield to great effect. — Chris Colenso-Dunne, Hampshire, England

‘What happens if there is no deal, and he can’t get lifesaving drugs?’

My partner and I both work in tech. Already we’re seeing companies freeze investment and salaries — why should I be frustrated in London when I could be in the great tech scene in Berlin? As an immigrant to Britain, I’m eligible for citizenship next year, and am really concerned about all the little changes being made to the citizenship process, which is already extremely costly and expensive.

But Brexit is more of a nightmare for my partner, who has hemophilia. The National Health Service delivers clotting factor, essential for his treatment, every three weeks or so, at present. Little of this clotting protein is produced in the United Kingdom. What happens if there is no deal, and he can’t get lifesaving drugs? Right now, he’s trying to stockpile any extra he can order. — Erica B, London

‘I no longer identify as English’

As well as European, I used to be proudly British. Now the Union Jack has little appeal to me; it has been appropriated by Brexiteers, whose recklessness may in any case spell the imminent demise of the United Kingdom as a polity. I no longer identify as English, either, particularly in light of the increased questioning I have received about my racial origins since the vote. Once my European citizenship is stripped away from me without my consent, I will be left feeling stateless. — Raj Shah, London

I am not preparing for Brexit and have booked our usual cycling holiday in Majorca, Spain, for shortly after. I voted remain, but like most Britons it was not out of any love for the European Union, which I see as a fundamentally flawed and undemocratic institution. Even so, I think leaving will mean a decade of tough times for my country as the European Union does its worst.

But I believe it will be good for our fishing and farming industry. I regularly stay in Portland, Dorset, and know fishermen there. They tell me French fishermen have bigger quotas and hang around the territorial boundary asking, “Do you have any water?” and buy fish that are over our quota. I usually don’t take risks but this appears now to be one worth taking: I am O.K. with Brexit. — Steve Rogers, St. Albans, England

‘I am very worried about my job’

I work for an airline that flies to and within Europe. I am very worried about my job: I estimate that we’ll face more expensive fuel, a business downturn and possibly be prevented from flying on some of our routes within Europe.

I have started my own “Brexit hoard” of mostly tinned food in case of food shortages caused by a no-deal outcome, obviously, but also in case my salary dries up. Some friends and family think this is unnecessary, but I remember the few days of fuel protests in September 2000; that’s all it took for supermarkets to run out of food and garages to run dry of petrol. We never found out what would have happened next, thank God. — Chris Lee, Derby, England

‘What’s going to be left here in the United Kingdom?’

I am an American expat. For the past 30 years I’ve been living in North Wales, in one of the few areas of the country that voted Remain; it is still in a state of disbelief. My husband is a hill farmer in the Snowdonia National Park: A huge part of our farming income comes from European Union environmental grants. So far, the present British government has done little to address this situation.

I fear for the farm in two years’ time. I fear for my kids, who are now leaving university and, before Brexit, had every opportunity in the European Union. What’s going to be left here in the United Kingdom? Nothing. No hope. No future. — Dot Williams, Golan near Porthmadog, Wales

‘I am filled with despair’

As one of the nearly 700,000 people who peacefully marched in London on Oct. 20 demanding a new referendum, I am filled with despair about this devastating act of self-harm. Being part of the European Union, the largest single-market area in the world, has contributed to our peace and prosperity. Top economists, journalists, scientists and businesses have all warned about the hugely negative consequences of Brexit to our economy, national security and way of life. And the very people who will be most hurt are the ones who voted for it. — Premila Hoon, London

‘I would be delighted to leave Britain’

I am definitely not looking forward to Brexit. We have been coerced into this whether we wanted it or not.

Thankfully, I am still European because of my dual citizenship and Irish passport. And if United Ireland came about through the border issue (very doubtful as our politicians are not even doing their job at present), I would be delighted to leave Britain. — June McKenzie, Carrickfergus, Northern Ireland

‘I’m extremely concerned about my future’

I’m English but I’ve been working as a freelance translator in Athens, Greece, for the last nine years. This is the country I call home. This is where my friends are. I was able to move here and start working without problems, using my rights as a European Union citizen.

I’m extremely concerned about my future if Brexit can’t be halted. I will become a “third country national” overnight and so lose the rights of free movement on which I rely. If I’m forced to return to Britain, the idea of leaving all my friends behind fills me with dread. My life is here, but Brexit is likely to destroy that life.

Back in Britain, how could I reintegrate? No recent British credit rating, no employer to give references, no cellphone contract, no utility bills, no address. I’d be reliant on my passport, like a foreigner in what used to be my country. — Dave Bindon, Athens, Greece

‘This should be the happiest time of my life’

I am devastated by what is happening. I am campaigning to get Article 50 withdrawn. This should be the happiest time of my life — I am about to retire, and have two wonderful grandchildren — but I cannot switch off from this nightmare. I value my European Union citizenship and the peace that the European project has brought to the continent. If we don’t succeed in stopping this ridiculous act of self-harm, I will continue campaigning to get us back in. — Carolyn Sampson, Oxford, England