As of a couple of weeks ago, Hong Kong no longer has a formal political opposition. The entire pro-democracy camp resigned from Hong Kong’s Legislative Council in protest over a resolution by the Standing Committee of the National People’s Congress in Beijing that legalized the removal of four opposition legislators — a decision Carrie Lam, Hong Kong’s chief executive, had essentially requested.

Is that what Mrs. Lam had in mind on Wednesday when in her latest annual policy address, she claimed that she “seeks to restore Hong Kong’s constitutional order”? Or when she reaffirmed a “steadfast determination to implement ‘one country, two systems’” — the governance system that is supposed to protect the city’s semi-autonomy from Beijing — only then to chide that “some people’s awareness of the ‘one country’ principle has yet to be enhanced”?

Claudia Mo, one of the LegCo members who resigned recently (and a good friend of mine), said that the disqualifications were an attempt to sound a “death knell” for “Hong Kong’s democracy fight.” She was as defiant as ever, but for many of her colleagues and supporters, the government’s move was downright painful.

Yet to say that Hong Kong’s democracy movement is now dead would be only half true. In fact, the movement is only half dead — or only half of it is dead. The other part of it is here for the long haul.

Claudia and her comrades are concerned about the survival of the Civic Party, which she co-founded (but later resigned from), and the Democratic Party, the groups at the forefront of Hong Kong’s pro-democracy movement for 20 some years.

The first threat they face is the prospect of a direct crackdown: The Civic Party and the Democratic Party could be outlawed and their members arrested, as has happened to smaller, more radical groups over the past several years. The second threat may be more serious still — because it challenges the two parties’ reason for being.

The movement those groups represented was a legacy of British times. As the colonial authorities departed the city in 1997, they hoped that Hong Kong could achieve a basic degree of electoral democracy even after its return to China, under the 50-year special arrangement that Beijing had agreed to.

The main vehicle for protecting rights and freedoms in the city was to be the Democratic Party, and later the Civic Party. The parties’ leaders — mostly barristers, professors and other elite professionals — often regarded themselves as the loyal opposition: fighting for democracy even while accepting Chinese sovereignty.

This legacy movement, commonly known in Hong Kong as the “pan-dem” camp, followed a two-prong strategy. First, it would mobilize residents to regularly join orderly, police-approved mass gatherings in public places and point to the impressive head counts to pressure the government for concessions on electoral reforms. Second, the pan-dems would try to get enough of their candidates elected to LegCo to block initiatives they opposed or gain some bargaining chips.

But even at the best of times — even when rallies were more than a million-people strong — the government often ignored protesters’ demands and made no meaningful compromise. (Two exceptions: It did back off a proposed security law in 2003 and, in 2012, a plan to implement communist patriotic education in schools.)

Since 2013, as China’s policy toward Hong Kong has hardened under President Xi Jinping, the Civic Party and the Democratic Party have been criticized by many Hong Kongers as weak and ineffectual. During last year’s monthslong protests, they played no visible role.

Frozen out of street action and now, too, the legislature, the legacy movement is no more, and likely will never be again. It performed capably the useful, if limited, function of keeping Hong Kongers’ quest for democracy alive after 1997 — before losing direction and touch with the younger generations.

So what’s left? And what’s next?

Mr. Xi put his henchmen in place in Hong Kong earlier this year, and then handed them a heavy cannon: the harsh national security law that Beijing promulgated this summer.

Since then a media mogul and champion of the democracy movement has been arrested; journalists have been harassed; professors and teachers have been sacked for participating in protests or teaching materials that Beijing deems unpatriotic; judges have been viciously attacked by the Communist media for acquitting demonstrators charged of assaulting the police. Within the first week that a government tip line was set up for people to anonymously report possible violations of the new national security law, it had received some 10,000 messages.

Expect the onslaught to continue against higher education, as well as the Professional Teachers’ Union, which is closely affiliated with the Democratic Party and has been accused by official Chinese media of whitewashing colonialism and preaching for Hong Kong’s independence.

Another highly likely target are the district councils, mostly elected local consultative bodies with access to the grass roots. Pro-democracy candidates won majority control in 17 of the 18 districts in elections late last year. But influential members of the pro-China camp are calling for new rules to vet candidates or remove sitting council members based on their political persuasion.

With China now firmly in control of LegCo, the body will soon be indistinguishable from the National People’s Congress in Beijing: another rubber-stamping organ of the Chinese Communist Party.

That was always the game plan. As I’ve written before, imperial China had a practice of incrementally absorbing recalcitrant peoples on its periphery before fully subjugating them. This ancient precedent is the prototype for what is happening in Hong Kong today: The “one country, two systems” principle supposedly meant to protect the city’s semi-autonomy until 2047 really was designed to bring about the seamless convergence of Hong Kong’s system with China’s. What took some dynasties several centuries to accomplish, the Chinese Communist Party hopes to achieve in just a few decades.

But authoritarian repression only engenders more resistance, visible or not.

A new wave of pro-democracy activists who cut their teeth on the 2014 Umbrella Revolution have turned the legacy movement on its head. They junked the “loyal opposition” concept and, in particular after their demands for true universal suffrage went unanswered, many began to embrace various separatist stances, claiming that “Hong Kong Is Not China.”

As an ascendant movement, this new wave has borne the brunt of the government’s crackdown in recent years. Members who clamored for outright independence for Hong Kong were the first to be barred from contesting LegCo elections; those who could run and were elected were then banned from taking office or later removed. Many of the more prominent activists have since been arrested, or have gone underground or into exile.

This movement is not easy to recognize; it is too fluid for that (Bruce Lee’s admonition, “Be water,” is one of its mottos). It has no leader and no name. And it is resilient and combative, young but steely and already battle-tested.

What will this pro-democracy vanguard do now that repression is both relentless and mundane?

It will probably look like various opposition movements in other authoritarian states, such as Poland from 1939 to 1990 (first against fascism, then Communism) or Taiwan under Kuomintang rule (1945-87): An underground branch in Hong Kong will quietly bide its time while gaining strength; a more vocal overseas branch will canvass international support.

Hong Kong’s new pro-democracy movement may be small, but it is critically important, fighting on the front lines against an aggressively expanding China. It is also full of life and ingenuity: Even with all those Chinese big guns trained on it, it will survive.

Yi-zheng Lian, a commentator on Hong Kong and Asian affairs, is a professor of economics and a contributing opinion writer. 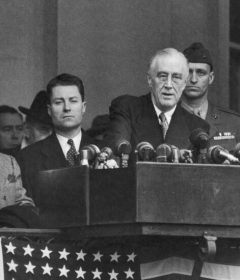 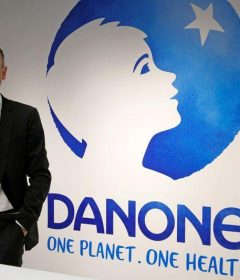 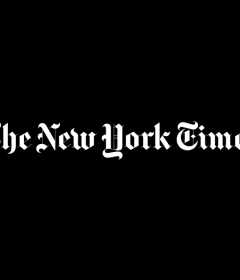