Senator Rand Paul of Kentucky recently tweeted what seemed to be a striking finding from a randomized study about the use of masks in the pandemic:

“To the scolds blaming ⁦@realDonaldTrump infection on not wearing masks: the only published randomized clinical study of cloth masks shows 97% penetration of particles & higher infection rate than control. But never mind, it’s all about submission ….”

The randomized clinical trial that Senator Paul and others have cited as a cautionary argument against mask-wearing did seem to reach a definite conclusion. “This study is the first RCT of cloth masks, and the results caution against the use of cloth masks,” its abstract proclaims.

Although it’s easy to see why this 2015 study has become so prominent. As detractors of masks point out, randomized studies that prove the effectiveness of masks are nonexistent. That’s because doing an informative randomized study of masks for preventing transmission would present such major scientific and logistical challenges that it is all but practically impossible.

To explain why, you need to know how randomized trials work and why they are so valued, and also why they are not the only form of scientific evidence.

To understand whether drugs and other medical interventions work, researchers rely on randomized trials that assign participants randomly to a group that gets the intervention and a control group that gets nothing or a placebo. Otherwise, if we let doctors choose who they gave the drug to, they might pick sicker patients. Or if we let patients enroll as they wish, those who are already interested in healthy behaviors may disproportionately choose to try the new drug. Without randomization, it would be difficult to figure out if differences between the groups are because of the drug or because of various pre-existing characteristics of the participants — known as confounding factors.

According to a review in the journal Nature there are two continuing randomized trials, one in Denmark and the other in Guinea-Bissau. The article questions the ethics of conducting a randomized trial in such a poor African nation (spoiler alert: yes, it’s unethical). It also quotes scientists lamenting the time constraints preventing them from conducting proper clinical studies.

No matter how much time they had, researchers wouldn’t be able to provide a precise understanding of how masks limit contagion because the primary purpose of masks for the community is to stop the transmission of the disease to others, regardless of how well it may or may not protect the wearer.

Early in the pandemic, medical authorities recommended that only sick people wear masks, so that they wouldn’t infect others. Then it became clearer that people who were not yet showing symptoms, or who had mild symptoms, were also infecting others. That was one key reason universal mask-wearing became recommended, to prevent transmission to others — what’s known as source control. Preventing the mask-wearer from becoming infected, to the degree that it happens, is a secondary benefit.

To use a randomized trial to measure the effect on the spread of the disease, researchers would have to find a community, divide it randomly into two and cut off all interaction between the two groups. If the communities of mask-wearers interacted with non-mask-wearers, the non-mask-wearers could infect people who would otherwise be protected. The results would be uninterpretable.

There’s more: Scientists would also have to require cloth masks for one group, while forbidding cloth masks for the other. But when people see others wearing masks distributed by researchers, they will improvise and make some masks for themselves. Researchers would have to require and ensure that people in the mask group wore masks everywhere, while surveilling the other group to ensure no one wore a mask at all. This is not only grossly unethical; it also just isn’t possible in any experimental conditions I can imagine.

It gets thornier: This pathogen has a very skewed distribution in which superspreading events account for much of the transmissions while many people — upward of 70 percent in multiple studies — barely transmit at all. That means luck plays an oversize role in how some places will have outbreaks just because of misfortune, while others will be spared. Such imbalanced phenomena are hard to nail down with just a few studies, even if truly randomized. Was it the mask, or serendipity, that prevented an individual from spreading the disease? For such a skewed phenomenon, we’d need many, many studies to establish causality with confidence.

What about preventing the mask-wearer from being infected? That secondary benefit of mask-wearing is definitely measurable in randomized trials, because the mask-wearers in the trial would be the beneficiaries. We already have substantial evidence for that, which is why health care workers wear masks.

In fact, that’s where the study cited (or mis-cited) by Senator Paul and others comes into play.

First, it didn’t compare the effectiveness of cloth masks with the effectiveness of masklessness. It was a study in a health care setting, where preventing the workers from getting infected is a priority, and the “control arm,” the comparison group, was mostly or completely wearing surgical masks. Since it would be unethical, obviously, to prohibit health workers from wearing masks, there was no “no masks” group.

If we can’t feasibly do randomized studies of how well masks protect the community, are we totally without evidence? We are not.

One method has been ecological studies, which compare the infection rates in separate events, people and places — for example, comparing a city with high rates of mask-wearing with a similar city with low rates. Or comparing infection rates before or after mask mandates. Many such studies suggest that masks are effective.

But it is hard for such studies to be conclusive by themselves. People and communities wearing masks are also likely to be taking other safety measures, like distancing and avoiding crowded indoor spaces — though some critics said mask-wearing would lead to a false sense of security and more lax attitudes. In addition, a city imposing a mask mandate may be facing a crisis, and many will start to wear masks without waiting for the mandate. Those variables are difficult to isolate.

We do, however, have important evidence from lab studies. When we understand the underlying mechanisms — that aerosols and droplets that can carry the virus are emitted when people talk, sing, shout or even breathe — it is less necessary to rely on clinical trials to be confident of a benefit. Do cloth masks lessen the chance of these respiratory particles’ being emitted into the air around us, where they could infect others? The answer from multiple studies is a clear and resounding yes.

Furthermore, while a randomized study is necessary for drugs, which are often expensive and can have harmful effects, there are few downsides to the simple act of respiratory etiquette. If anything, we should be discussing how to improve masks to also help better protect the wearers.

Senator Paul’s tweet, which was shared tens of thousands of times, suggested that to wear a mask was to be submissive. But instead, mask-wearing is courteous, a sound method to reduce the suffering from this terrible pathogen and help us get our lives back as much as possible.

Zeynep Tufekci (@zeynep) is an associate professor at the University of North Carolina, the author of “Twitter and Tear Gas: The Power and Fragility of Networked Protest” and a contributing opinion writer. @zeynep Facebook 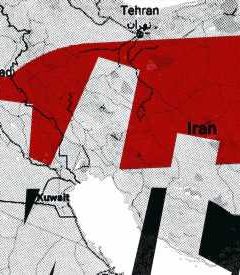 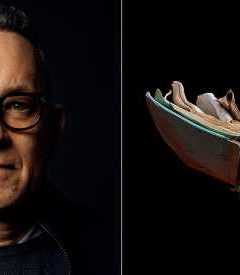 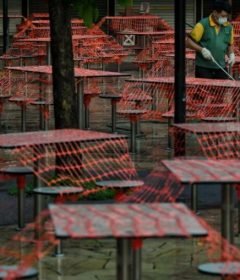