Opinion | Noma and the Fizzle of Too-Fine Dining 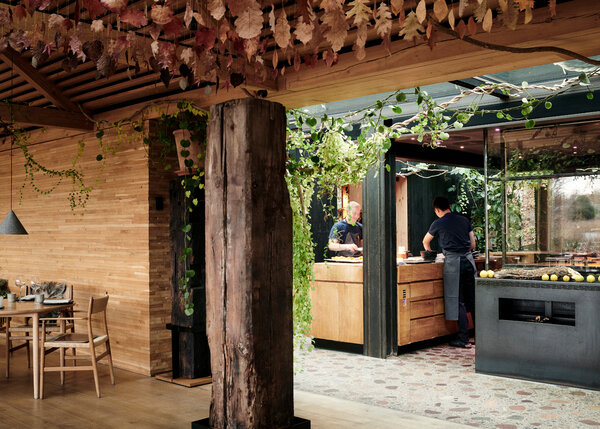 It was at Noma that I ate the most unsettling meal of my life.

The most unsettling dish, I should say, though “dish” doesn’t feel right, given that it wriggled and twitched. “You’ll never taste a fresher shrimp in your life,” the server who presented it to me promised, telling me to plop it in my mouth. But I was as frozen as it was fresh.

When he returned minutes later, it was still moving — more slowly. “It’s going to die soon,” he said, in the tone of a priest administering last rites. “It might as well die for its intended purpose.” All these years later, I have a vivid memory of how fast and hard I chomped down on it, lest it perk up and treadmill on my tongue. I have no recollection of its flavor.

There’s a metaphor here, and it applies not just to Noma, the Copenhagen restaurant that stunned the world this week with an announcement that it would close for regular service at the end of next year, but to other internationally renowned, ardently coveted temples of gastronomy that are forever trying to dazzle self-regarding epicures with new stunts, novel sensations, modes of presentation that we hadn’t imagined, flora and fauna rarely pinned down on a plate.

Are they about so many things beyond the fundamentals of dining — things like ingenuity, philosophy, vanity, eccentricity — that they’ve ceased to be restaurants in any conventional and sustainable sense? Are they performing such a rococo act for such a rarefied audience that they’re on borrowed time?

Noma has frequently topped rankings of the world’s best restaurants since René Redzepi opened it two decades ago and began foraging, pickling and plating his way to outsize fame as a chef of extraordinary vision and exacting principles. But maintaining the standards of innovation and artistry that he’d set for himself — and that pilgrims to Noma expected — required intricate work and an enormous staff, and Julia Moskin noted in an article in The Times that Noma and similarly elite restaurants were “facing scrutiny of their treatment of the workers, many of them paid poorly or not at all.”

Redzepi told Moskin that even though a meal at Noma is at least $500 per person now, the numbers just weren’t adding up. He plans to turn Noma into a food laboratory that does occasional pop-up meals. “We have to completely rethink the industry,” he said. “This is simply too hard, and we have to work in a different way.”

I write that as someone with enormous regard for Redzepi, with whom I spent time in and around Copenhagen in 2010. We foraged together in a patch of weeds by the sea. In a restaurant less expensive and more accessible than his, we lunched on smoked salmon and rye bread. We talked and talked. And I was wowed by the amount of thought that he’d put into what he was doing — by his determination to show diners that with a sense of history, a surfeit of imagination and enough enterprise, he could take the finite patch of earth where he found himself and wring a seemingly infinite bounty of food and flavor from it.

At Noma, almost everything I ate was either whimsically presented — langoustines arrived on a craggy rock, around which they did not crawl — or laboriously sourced. Some of it called for a botanical glossary. There was air-dried sea buckthorn. There were pickled ramson flowers.

It was fascinating and it was fun and I guess it was delicious, but it intensified a confusion that I had begun to feel — and had never fully copped to — during my stint as the restaurant critic of The Times from 2004 to 2009. I couldn’t tell, when I breached a few of the more exclusive sanctums, whether I was there to eat dinner or to participate in a statement of some kind: about the luxury that I had entry to, about the chef’s gastronomic scruples, about ambition, about experimentation.

I know I’m not alone. The current restaurant critic of The Times, Pete Wells, has entirely rethought the question of what sorts of establishments deserve attention and adulation. In June he gave three out of four stars to La Piraña Lechonera, a food trailer in the South Bronx that serves Puerto Rican-style roast pork and is open only on Saturdays and Sundays. He wrote that it “packs more joy into two days than most restaurant do into a week.”

Joy, along with satiation: That seems to me a restaurant’s highest calling, one that doesn’t require the elaborate financial and logistical contortions of an ultra-high-end establishment that commits to paying its workers fairly and has customers who demand, or are at least accustomed to, revelatory ingredients and acrobatic preparations.

Joy, along with satiation: I got them from that smoked salmon and rye. They didn’t give me bragging rights or a story to tell. But they didn’t ask for much, either.