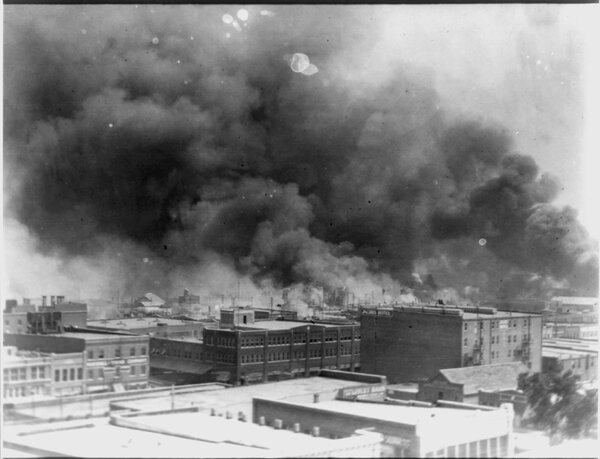 The 1921 Tulsa massacre survivors, victims and their descendants deserve an official apology and reparations from the U.S. government. I hope that President Biden and Vice President Kamala Harris surprise us with an official pronouncement on May 31 or June 1, the 100th anniversary of those horrible days in America.

If the administrations of President Franklin D. Roosevelt and President Barack Obama saved white Wall Street during the Great Depression and after the 2008 economic crisis, President Biden can right the racially based wrongs committed a hundred years ago against the “Black Wall Street” community of Tulsa.

As a 21st-century American society, the least we can do to begin eradicating racism and its brutality against nonwhite Americans, whether in Tulsa, Minneapolis or elsewhere across America, is to demand from ourselves and others that all human beings, no matter their skin color or class position, be treated with the same human dignity we ourselves expect to be treated with and, most important, with legal justice.

Re “What the Tulsa Race Massacre Destroyed” (front page and National pages, May 30):

What should be noted about the destruction by a violent white mob in 1921 of the prosperous Black neighborhood in Tulsa, Okla., known as “America’s Black Wall Street” is the role played by the courts.

Thirty-five city blocks of homes and businesses were burned to the ground, as many as 300 people were murdered, and hundreds were injured. Yet no compensation was ever paid, and no one was ever prosecuted. Why not?

Between June 14, 1921, and June 6, 1922, many lawsuits were filed on behalf of the survivors, but all were thrown out of court by corrupt local judges.

In 2003, a federal lawsuit, which went all the way to the U.S. Supreme Court, was filed. But even our modern courts dismissed the case. Discounting the earlier, corruptly “fixed” local court cases, they held that the lawsuit was filed some 40 years too late.

Unless there is evidence of bribery, judges can and do issue biased decisions on behalf of politically influential parties with complete impunity. Worse, this is an issue that has been kept out of the news and is seldom even talked about.

Jonathan Zell
Columbus, Ohio
The writer is a member of the Committee on Ethics and Professionalism of the American Bar Association’s Judicial Division.

I grew up with a severe needle phobia. In the media, images of needles being jabbed into people’s arms are ubiquitous representations of the vaccination process. From the beginning this has been very problematic.

I wince every time I see these images. How can they be encouraging to those of us rightly identified by Dr. McMurtry as having a fear of needles?

When I got my vaccine, I felt joy and relief at having the burden of my fear of Covid lifted. I shared that feeling with many others at the vaccination site and with my family and friends at home.

These media images are reinforced by medical professionals and politicians who talk endlessly about getting more “shots in arms.” As Dr. McMurtry pointed out, “No one likes needles.” The message should not be about “shots in arms.”

Until this messaging changes, many of those who are afraid of needles will continue to resist what is actually a positive experience.

I am a nurse and a psychologist, and I vaccinated a few hundred people at mass vaccination sites. I was once a dialysis nurse, and I have an adult son who had cancer as a child. So lots of experience with needles.

I would like to add a coping mechanism to C. Meghan McMurtry’s list: permission to worry. I would tell patients and my son that they were allowed to worry for as long as the procedure actually took. So the vaccination took maybe four or five seconds. I would explain what was going to happen and then say, “OK, you can worry for five seconds. Ready? Start worrying.”

People inevitably laughed. Giving them permission to worry made the anxiety less overwhelming. And laughing helped, too.

I would submit another film as integral to the existence of democracy. “Judgment at Nuremberg” (1961) is a classic reminder of the role of individual responsibility in democracy’s survival. 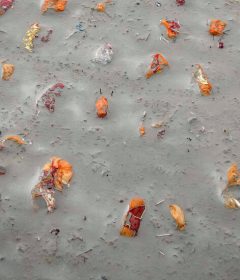