Opinion | Jacinda Ardern Won’t Save You

LONDON — The word most closely associated with Brexit at this point must surely be “disaster.” But I’d bet on “fantasy” coming a close second.

Fantasy played a central role in the Leave campaign, of course, and as the years since the 2016 referendum have dragged on, the country has become ever more tolerant of it from all sides. British political discourse resembles, at times, a national dream journal. People use their public platforms to suggest futures beyond the political impasse that are — politically, legally, sometimes even physically — unattainable, and yet like all fantasy, reveal much about what they really desire.

The Leavers’ backward-facing dreams of imperial renewal are one example. Remainers’ legal and procedural challenges to Brexit (and perhaps the very idea the whole thing could be bottled by a second referendum) count as well. But the latest fantasy, emerging in the press and on social media as the politics around Brexit remain as deadlocked as ever and Prime Minister Theresa May founders before a Parliament that will neither pass her deal nor remove her from power, is to call for a competent foreign leader to take over the country. Less “take back control” and more “why can’t someone else do it.”

Prime Minister Jacinda Ardern of New Zealand is a popular candidate for the job. “If the United Kingdom had been led by Ardern we might still have had Brexit, but we would not have ended up with this national humiliation, a divided society and an imperiled economy,” Tony Blair’s former chief of staff wrote in The Guardian in March. This was echoed by a columnist in The Mirror: “If only Theresa were more like Jacinda maybe we wouldn’t be in this mess,” before declaring, “If only we could get her.” Even a columnist in the Scottish Sun, a conservative paper, asked: “Can we adopt her? Please? Can we have her as Prime Minister, this living, smiling antidote to our own drippy, croaky, indecisive, soulless Theresa?”

The desire spills out on social media, too. I hesitate to recommend Twitter as useful for any sort of public sentiment analysis, but right now there are people — real people with children, best-selling books and magazine columns — imploring not just Ms. Ardern, or the similarly affable prime minister of Canada, Justin Trudeau, but Donald Tusk, a former prime minister of Poland and current president of the European Commission, to take over Britain.

The exact method of this potential coup is never discussed, because, of course, the people calling for it don’t actually mean it. But they do mean something. This particular fantasy — a familiar foreign leader in competent managerial mode saving the country — is something entirely new, and not specific to Brexit. In the immediate aftermath of President Trump’s election, I lost count of the number of Americans who, upon learning I was Canadian, would wait a single, sad beat, before asking if they could borrow Mr. Trudeau. The American news media was particularly committed to this dream: recall the cover of Rolling Stone magazine in July 2017 asking “Why can’t he be our president?”

Brexit and Trump are often said to be signs that politics is broken; they signal deep, unseen faults preceding them, which have only fractured further since. This suggests a breakdown not just of specific administrations in the short term, but a large-scale loss of faith in entire national systems of politics. The real heart of the competent-outsider fantasy is that politics is still O.K. somewhere else, that there is a place it hasn’t become splintered, tribal and seemingly beyond control.

But these leaders don’t actually offer solutions to problems like Brexit or Mr. Trump’s election. How could they? Neither New Zealand nor Canada has faced these kinds of challenges. Nor does their appeal lie in their fresh-faced, telegenic youth. The fantasy here is about something else, not a path forward out of political crisis, but a return to an idealized past of consensus. Mr. Trudeau and Ms. Ardern are attractive because they still practice a brand of genial, inclusive liberalism, the so-called “third way” that ruled Western democratic politics for the better part of the past 25 years, and in doing so, they nod to the familiarity and safety of our own political past.

So when we laud them, we acclaim the very intangible qualities that seem to have vanished from our own politics and politicians: optimism, openness, pragmatism, a sense of general ease in the world. These objects of fantasy seem as if they were dreamed up by the great theorist of 1990s third way politics, Anthony Giddens. Their immediate antecedents are Mr. Blair and Bill Clinton, politicians who first realized the value of speaking in moral imperatives while presenting the rational cool of a business executive.

In those years, politicians appeared to have transcended ideology and the need to mediate conflict, and focused instead on delivering incremental gains in prosperity and social justice. They became less like leaders and more like pragmatic managers. “What matters is what works,” Mr. Blair frequently claimed.

Across the Western world, governments became more similar and more stable than at perhaps any other point in our history. Mr. Clinton and Mr. Blair brought in like-minded leaders to promote what Sidney Blumenthal, a confident of Mr. Clinton, called “an international Third Way.” Al From, an adviser to the Democratic Party, wrote in 1997 that the third way was “the worldwide brand name for progressive politics for the Information Age,” evoking the binding, world-shrinking pulse of the early public internet.

And so, like the transnational business class they drew their vocabulary and values from, politicians came to appear strangely interchangeable. When George W. Bush was elected in the United States — an anomaly, it seemed at the time — Mr. Blair was jokingly called “the Prime Minister of the United States,” and American liberals like the writer Paul Berman lauded him as “the leader of the free world.” Mr. Blair, in absentia, was the carrier of this new, irresistible internationalism.

Ms. Ardern and Mr. Trudeau fit within that lineage. Ms. Ardern worked as a policy adviser to Mr. Blair and heads a New Zealand Labour Party that is politically similar to its British counterpart in the Blair era. In 2016, Mr. Blair himself singled out Mr. Trudeau as one of a handful of leaders to “renew the Third Way.”

But in the countries where it began, the United States and Britain, this kind of politics is in decline with the electorate. The problems were clear from the beginning: “They imply that we now live in a society which is no longer structured by social division,” the political theorist Chantal Mouffe wrote in 1998. And sure enough, politicians promised it was possible to surf the waves of globalization at the exact moment when all the middle and lower classes could do was tread water, and parties of the right formed or reconstituted around cultural fault lines. 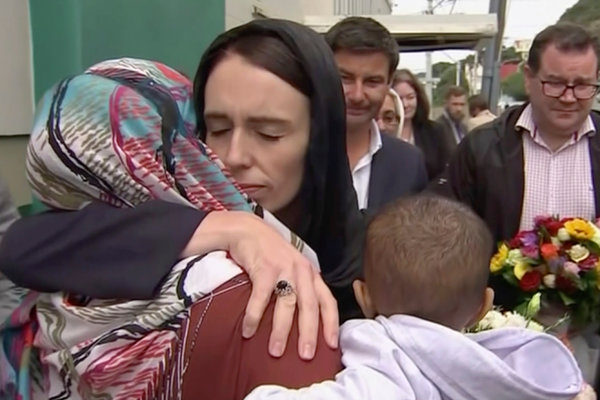 These are the divisions that shape our politics now. And there is no substantive reason to think that leaders elsewhere would be better suited to deal with them than the ones we currently have. After all, they come from the same stock. Changing government, Mr. Blair said in 1999, “is like sweeping away the entire management of a company” — but there are few people today who believe that management is what we truly need, and fewer still think that switching out the chief executive for a smarter, better looking one counts as change. The notion rings obviously hollow now, but the main proponents of these fantasies spent most of their lives in a world where it seemed self-evident.

The great irony is that the political shift that happened in the 1990s was fundamentally opposed to nostalgia. Mr. Giddens wrote at the time of a “post-traditional society” and a new politics that freed market economics from sentimental conservative dreams of traditional family and religion, and social justice from romantic leftist notions of solidarity and revolutionary change. Like all things claiming to represent the future in their time, it now evokes nostalgia itself.