Opinion | Is the Bitcoin Craze Coming for Your 401(k)?

Cryptocurrencies have been around for 12 years now, and for much of that time, they were a fairly easy subcultural fixation to ignore, like SantaCon or the Golden Globes. But in 2021 that became a lot harder to do: Last week the combined value of cryptocurrencies plummeted after six months of breakneck growth, wiping out $1.3 trillion in wealth — and causing the rest of the stock market to tumble with it.

“As the world of cryptocurrencies has exploded over the past year, so has its impact on actual companies and therefore financial markets,” The Times’s Matt Phillips wrote of the downturn. “Analysts at JPMorgan recently noted that the market value of cryptocurrencies, as a share of the economy, are larger than the total outstanding amount of subprime real estate debt before the financial crisis.”

Why have cryptocurrencies become so popular, and does their mainstreaming pose a threat to the broader economy? Here’s what people are saying.

What’s the point of cryptocurrency?

All money is, to some degree, an object of faith: A $100 bill is worth what $100 buys only because we believe it is and because that belief is underwritten by the U.S. government. What cryptocurrencies do, in effect, is take the state out of the equation: Instead of a bank, they rely on networks of powerful computers racing to verify transactions, a process that in turn generates more units — or “coins” — of currency. Every transaction is recorded through a cryptographic technology called blockchain, a kind of public ledger that is virtually impossible to alter. Bitcoin, the first and still by far the largest cryptocurrency, came online in 2009, and thousands more have since been created.

But why? Proponents of cryptocurrency argue that it has many socially productive uses:

Because many cryptocurrencies are finite — the number of Bitcoins, for example, will never exceed 21 million — many people in countries with high inflation, like Argentina and Venezuela, have been able to avoid losing their savings by buying cryptocurrency.

Because cryptocurrency transactions occur largely beyond the reach of the state, they can be a valuable tool for evading censorship. “In Russia, Vladimir Putin can target an NGO and freeze its bank account, but he can’t freeze its Bitcoin wallet,” Alex Gladstein, the chief strategy officer at the Human Rights Foundation, wrote for Time in 2018.

Some 1.7 billion people have no access to formal banking infrastructure, but two-thirds of them own a mobile phone. “If your phone can give you access to the things you would need from a bank, well, you’ve just disinvented the need for banks, and fundamentally changed the operation of the money system” in swaths of the developing world, John Lanchester wrote for The London Review of Books in 2016.

But in practice, cryptocurrencies haven’t delivered on their revolutionary promises. As Megan McArdle explained in The Washington Post, cryptocurrency payments can be slow to clear and carry steep fees, making them an impractical option for everyday purchases, and most businesses still do not accept them. “Bitcoin has been around for more than a decade, yet it remains an inconvenient way to pay for things, inferior to dollars or credit cards in almost every way,” she wrote. And as for all the promise of banking the world’s unbanked? It turns out, as Yaya Fanusie wrote for Forbes, that “people mainly lack financial services because they lack income and not the other way around.”

As a result, many economists have come to think of cryptocurrencies less as a form of money than as a kind of speculative asset, like gold or art, whose dizzying price swings make it an enticing medium for gambling. “Everyone has read the stories of teenage crypto millionaires — or the pizza bought with Bitcoin that would now be worth millions,” The Times’s Erin Griffith wrote. “To not get involved is, in crypto-speak, to ‘have fun staying poor.’”

At the same time, cryptocurrencies incur social costs that other forms of gambling don’t:

In February the Treasury secretary, Janet Yellen, warned that the level of anonymity cryptocurrencies afford could lead to “an explosion of risk related to fraud, money laundering, terrorist financing and data privacy.” While only a small fraction of cryptocurrency transactions are estimated to be related to criminal activity, they have contributed to a rise in ransomware attacks of the kind carried out against Colonial Pipeline this month, which crippled fuel delivery across the southeastern United States.

Cryptocurrency transactions require an enormous amount of computing power relative to other forms of payment: Researchers at Cambridge University estimated that Bitcoin uses more electricity than all of Argentina. “All this accounts for so little of the world’s total transactions yet has the carbon footprint of entire countries,” Camilo Mora, a climate scientist at the University of Hawaii at Manoa, told The Times. “So imagine it taking off — it’ll ruin the planet.”

Both of these concerns appeared to contribute to last week’s market rout: On May 12, Elon Musk announced that Tesla would stop accepting Bitcoin because of its climate costs; the following week, China announced that it would restrict Bitcoin mining and trading, in part to crack down on criminal activity.

Will the crypto craze fizzle out, or will it get worse?

Cryptocurrencies may not be as transformative as their most ardent boosters hoped, but they also haven’t proved quite as faddish as their staunchest critics warned: Bitcoin has crashed several times before, and by Monday it had once again rebounded.

“One fact that gives even crypto skeptics like me pause is the durability of gold as a highly valued asset,” the Times columnist Paul Krugman wrote. “When John Maynard Keynes called the gold standard a ‘barbarous relic’ way back in 1924, he wasn’t wrong. But the metal’s mystique, and its valuation, live on. It’s conceivable that one or two cryptocurrencies will somehow achieve similar longevity.”

Right now, this isn’t a concern for most people, but it could be in five years, Justin Lahart wrote for The Wall Street Journal. Relative to, say, the housing market, the cryptocurrency market is still small and far more isolated from the rest of the economy.

At that point, the Princeton economist Markus Brunnermeier told Lahart, “many people would lose a whole lot of money, and they might question the whole system. Why didn’t anybody protect them?”

But there’s reason to think a crackdown on cryptocurrency might be imminent. In addition to Yellen, the heads of the European Central Bank and the Securities and Exchange Commission this year called for a new regulatory framework to oversee cryptocurrency exchanges. It’s possible that such an intervention, whatever it might look like, would cause the bottom to fall out of the cryptocurrency market for good.

But it’s also possible that regulation would make cryptocurrencies more attractive by reining in their volatility. “The idea that regulation chills activity in innovative new markets is intuitive, but not necessarily accurate,” Brian Feinstein and Kevin Werbach, professors of legal studies and business ethics at the Wharton School of the University of Pennsylvania, argued in The Times. In a peer-reviewed analysis of several years of data for The Journal of Financial Regulation, they found no evidence that regulatory announcements affect crypto trading volume.

“Some of our most consequential public policy debates concern how regulators should address new technologies,” they wrote. “Gene editing, artificial intelligence and derivatives in high finance have all recently taken turns in the harsh spotlight. Now, it seems, it’s cryptocurrency’s turn.”

Do you have a point of view we missed? Email us at [email protected]. Please note your name, age and location in your response, which may be included in the next newsletter.

“Transaction Costs and Tethers: Why I’m a Crypto Skeptic” [The New York Times]

“As Scrutiny of Cryptocurrency Grows, the Industry Turns to K Street” [The New York Times]

“Bitcoin Is Displacing Gold as an Inflation Hedge” [Bloomberg] 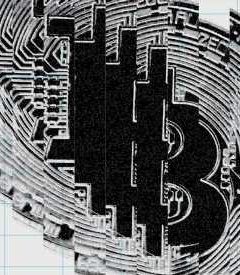 Opinion | The Brutal Truth About Bitcoin

Opinion | Pfizer, AstraZeneca … or Both? A Mixed Approach May Hold Promise.