Opinion | I Miss the Old Yosemite

I recently visited Yosemite National Park after decades away. In 1993, I spent a summer there as a park ranger intern, and came to know and love the park deeply. On this trip, I saw its transformation at the hands of climate change. It was devastating.

Coming into the park from the south, up California 41, I looked out onto mountains that appeared studded with giant charred toothpicks. The 2018 Ferguson fire had decimated this once magnificent forest.

Other trees were dying off, victims of bug infestations abetted by warming temperatures and milder winters. The waterfalls were pathetic wisps in the wind, shadows of the lush, white horse-tails that spilled down the summer I lived there.

Wildfire, tree-death, and dwindling waterfalls are natural occurrences. But these problems are exacerbated by climate change, according to the National Park Service.

With the worsening heat — it hit 104 degrees in the valley this month — you can’t enjoy being there as much. The West Coast is being battered by those three awful cousins, drought, heat and wildfire. When will the hot weather leave certain unforgettable, vertical hikes, like to the top of Half Dome, out of reach?

Yosemite’s last two glaciers are rapidly retreating. They will most likely disappear in a few decades, threatening the summer and autumn water supply in these mountains. By the time I visited in the first week of July, some of the streams in the high country — relied upon by animals and backpackers alike — were already dry. The river that threads through the valley, the Merced, was low and listless. When I lived alongside it years ago, it was so swollen with melted snow and the rapids so loud, I would have to close my window before making a phone call.

The evidence of our planet’s warming is all around us. But many of us have been able to comfort ourselves, if only slightly, with the knowledge that the more cataclysmic fallout is still a ways off, that it may be preventable. Perhaps the gradual nature of the worsening conditions we see everyday has lulled us into a sense of complacency.

What I saw in Yosemite feels like a wake-up call that’s come too late.

The park is an international treasure, a UNESCO World Heritage site, and climate change is trashing it. If we can’t even protect protected land, then what about more vulnerable targets of climate catastrophe, like the people we care about?

That Edenic summer so many years ago, stewards like me worried about things that now seem picayune: tourists littering, climbers drilling holes into El Capitan. We broke up fire rings because we thought they marred the wilderness. We patiently explained to backpackers how to hang their food to keep it away from bears.

The principles of “leave no trace” were our religion. We thought we were safeguarding a hallowed place. But we were learning how to swim when a tsunami was coming.

Back then, I fell hard for Yosemite’s awesome beauty. But over those months of reaching deep into its canyons and meadows along the veins of hiking trails, what awed me most was its might, its invincibility. Those 3,000-foot cliff drops and rushing waters were gorgeous, but they were threatening, too. Yosemite’s — and by extension, nature’s — power felt limitless.

The park’s magisterial hunks of granite have been there for what feels like forever. Part of the Sierra Nevada range that forms the backbone of eastern California, they were shoved up into peaks millions of years ago. Later, a glacier carved the U-shaped valley. We humans, I was sure, could do nothing to this place by comparison.

Now, almost 30 years later, in what might be the most profound shift of all, the power dynamic between humans and Yosemite has changed. To see nature so vulnerable not only feels depressing, but wrong, disorienting and scary.

“It’s reminiscent of that moment when an adult child starts to experience their parent not just as a caregiver, but as someone who is starting to need care,” Alejandro Strong, an environmental philosopher who founded Apeiron Expeditions to lead people on trips into the wilderness, told me after I’d returned home.

We talked about the transcendentalists. “Emerson, Thoreau, Fuller — their accounts of nature are that it’s perfect,” Dr. Strong said. “You would go and learn from this limitless teacher. Nature was pure truth. It offered access to the infinite, a stand-in for God.” Yosemite brought to its knees shows how naïve it was to think so.

We’ve had it upside down all along. Nature wasn’t ever invincible — and we know this because we’ve been able to hurt it so much, Dr. Strong says. Because we had a long period of stability until recently, we thought nature was all powerful, that it would be here forever. “We’re being shocked out of that now,” he said.

I went to Yosemite with my 13-year-old son, Beau. I wanted to introduce him to a place I’ve talked about his whole life. He’s a hiking enthusiast who climbs gentle mountains in the state parks outside New York City. It was time, I figured, to knock his socks off. I was not expecting to leave Yosemite writing a kind of obituary for it.

That first glimpse Beau got of the valley — its colossal, polished granite walls facing off against each other — still delivered. Yosemite isn’t over yet. He had seen plenty of photos of that view, but he said, “I had no idea it would be this pretty.”

What he didn’t see, because he wasn’t there before, was the startling emptiness in the right side of the postcard. With this year’s snowpack below average, Bridalveil Fall was a trickle sooner in the year than it once would have been. I wish he’d had a chance to see it the way it was before.

Susannah Meadows is the author of “The Other Side of Impossible: Ordinary People Who Faced Daunting Medical Challenges and Refused to Give Up” and is working on a book about a female high school football quarterback. 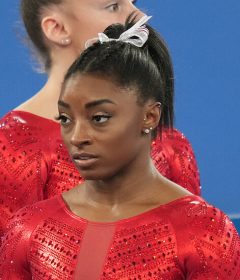 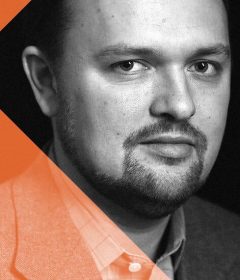