Opinion | Democrats Have Not Changed Their Position on Israel 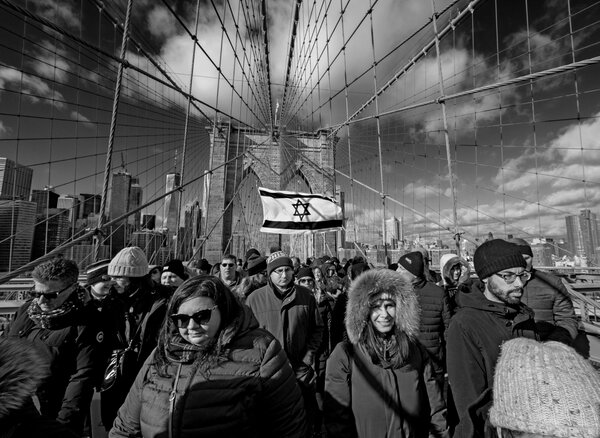 Mr. Nadler is a congressman from New York and Chairman of the House Judiciary Committee.

In recent days, there has been a lot of talk about the Democratic Party’s purportedly changing position on Israel. And reports have emerged contending that two opposing far-edge stances are the Democrats’ so-called real position — one side asserting that Israel should no longer receive U.S. security assistance and another suggesting full-throated, uncritical support of Prime Minister Benjamin Netanyahu, no matter how extreme his policies have become. Let me be clear: These oversimplified narratives couldn’t be further from the truth.

Extreme positions on all sides of the political spectrum will always receive more coverage. But the vast majority of Democrats are thoughtful and considerate, and recognize nuance in a conflict shaded by centuries of complexity, suffering and pain, and this has always been the case. We know that the only solution is one where both Jewish and Palestinian people have the right to self-determination and security. We support the humanity of both parties in the conflict as well as small-d democratic values. And we stand resolutely against attacks on Israel’s right to exist. Really, this moment reflects a coming out of the silent majority of American Jews whose values are both liberal and supportive of Israel, as a recent Pew study indicates.

As the most senior Jewish member in the House of Representatives, a longtime Congressional Progressive Caucus leader and the House member who represents the largest and most diverse Jewish population, I’m more familiar with this issue than most. The Democratic Party, of course, welcomes robust debate. However, the conversations I have had with a wide range of members of my party, including many of the 25 Jewish Democrats in the House as well as a number of progressives, reflect a reality that the headlines do not: On Israel, there exists a broad, mainstream consensus around a number of core principles.