Home » Americas » US election 2020: The state of play in the remaining battlegrounds

US election 2020: The state of play in the remaining battlegrounds

Joe Biden is edging closer to the White House as he maintains leads in four of the six remaining states that are yet to declare in the US election.

Donald Tump is launching legal action in four of them, and Mr Biden has taken overtaken the incumbent president in the crucial state of Pennsylvania.

Mr Biden’s campaign team is said to be feeling “elated” about developments – while Mr Trump’s team has made unsubstantiated claims of voter fraud.

Here is the state of play in the six states which have not yet been called.

Joe Biden’s lead is increasing in the state with each drop of new results – however the margin is still narrow.

Votes are still being counted in the state which is worth 20 electoral college votes – enough to secure Mr Biden the presidency. 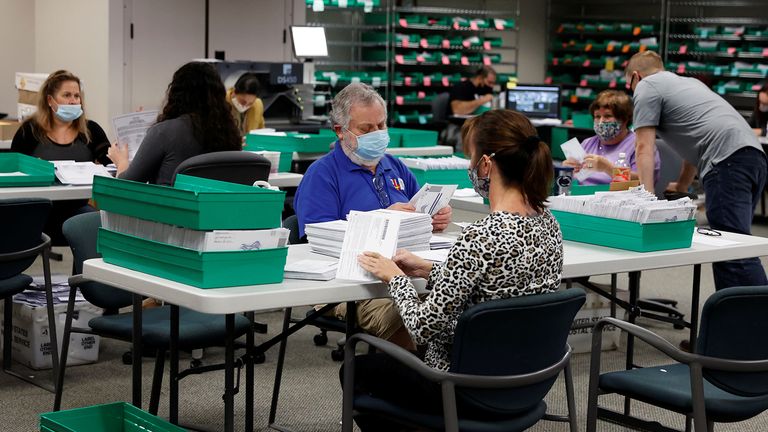 If Mr Biden wins Georgia, there is no way Trump can win the election – the best he can do is tie, and that is only by winning all five of the remaining states. And then, the election will be decided by Congress.

Georgia is worth 16 electoral college votes. 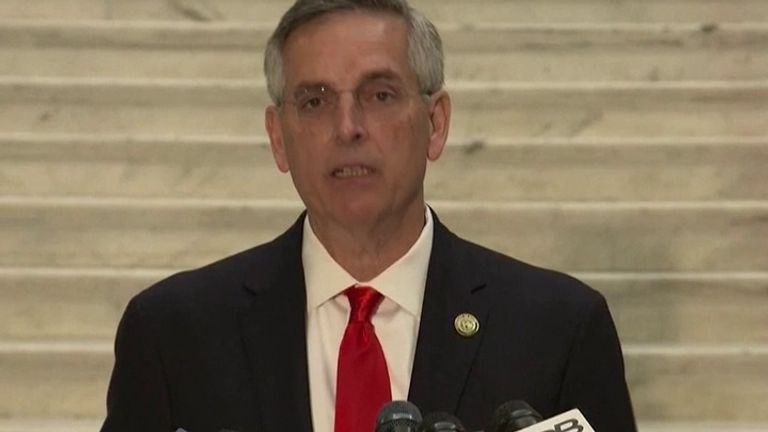 Mr Biden is ahead by 43,779 votes as of 6.40pm this evening in the state which is worth 11 electoral college votes.

Mr Trump tweeted: “With the attack by the Radical Left Dems on the Republican Senate, the Presidency becomes even more important!”

Mr Biden was ahead by just over 20,000 votes in Nevada as of 6.40pm this evening. It is worth six electoral college votes.

Pro-Trump protesters in Nevada have been calling for the counting of mail-in ballots, which largely favour Mr Biden, to stop.

The state is worth 15 electoral college votes.

Mr Trump is expected to win North Carolina but would also need success in Pennsylvania and three other states to maintain the presidency. 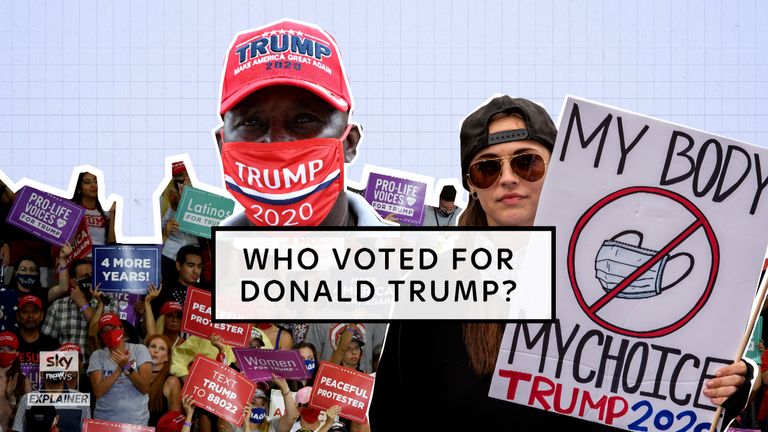 The state, which is not a critical battleground, has still not been called either way.

As of 7pm this evening, Mr Trump was 160,000 votes ahead of his Democratic counterpart.

The state is worth three electoral college votes and was won by Mr Trump in 2016.