Home » Americas » US election 2020: First transgender state senator Sarah McBride among the personalities of the night

US election 2020: First transgender state senator Sarah McBride among the personalities of the night

Although all eyes are on Donald Trump and Joe Biden, in Congress there are many others who have managed to catch the world’s attention on election night.

Democrat Sarah McBride made history and became the first ever transgender state senator when she triumphed over her Republican rival in Delaware.

Republican Marjorie Taylor Greene was a notable selection in the House. Her victory in northwest Georgia comes after she expressed racist views and support for the far-right conspiracy theory QAnon.

Mark Kelly, a former astronaut and husband of Gabby Giffords – who was forced to retire from Congress after being shot in the head – was another big story in Arizona.

Here Sky News takes a look at some of the unexpected winners across the House and the Senate.

At just 30 years old, Sarah McBride has made history by becoming the first ever transgender person to be elected to the state senate.

Although there are a number of transgender people across the US legislature already, Ms McBride is the first to be made a state senator.

This makes her the highest ranking transgender public official in the country.

She won for the Democrats in Joe Biden‘s home state of Delaware where she ran on policies of paid family and medical leave for all workers, reducing costs for the healthcare industry and strengthening public schools.

Ms McBride first got involved in politics at university, interning at the White House during Barack Obama’s presidency, when she became the first openly transgender person to work there.

She wrote a memoir in 2018 called Tomorrow Will Be Different, which gained her acclaim from Mr Biden.

It documented her experiences fighting for equality and her role as a carer for her late husband Andrew Cray, who died of cancer. 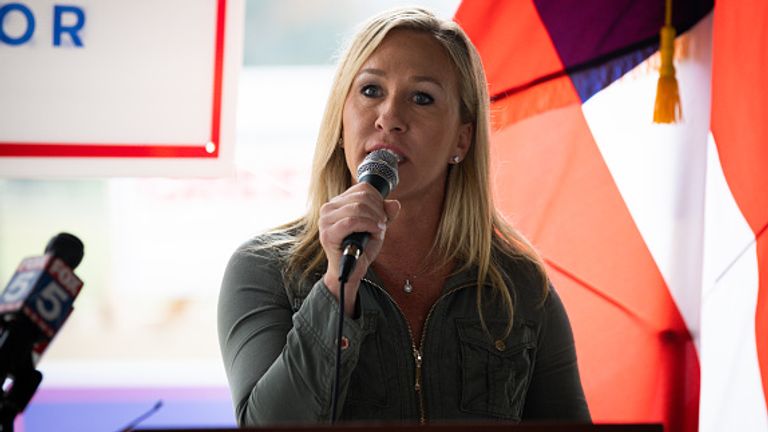 Republican Marjorie Taylor Greene decided to run for a seat in the house in northwest Georgia after Democratic candidate Kevin Van Ausdal dropped out unexpectedly in September.

She effectively ran uncontested and was dubbed a “future Republican star” by Donald Trump.

Ms Taylor Greene made headlines during the campaign for her incendiary videos about race, the Black Lives Matter movement and coronavirus pandemic.

She has also openly endorsed the far right conspiracy theory QAnon, which falsely claims that Donald Trump is waging a secret war against a global child sex trafficking ring.

In one video she said that black and Hispanic men in the US are being held back by “gangs and dealing drugs” and in another claimed that the US government is being “invaded” by Muslims.

She is also staunchly against the wearing of face masks to curb the spread of COVID-19.

While Ms Taylor Greene’s comments have been condemned by some of her fellow Republicans, the president and senator Kelly Loeffler have come out to support her.

Mr Trump tweeted when she won her primary: “Marjorie is strong on everything and never gives up – a real WINNER!” 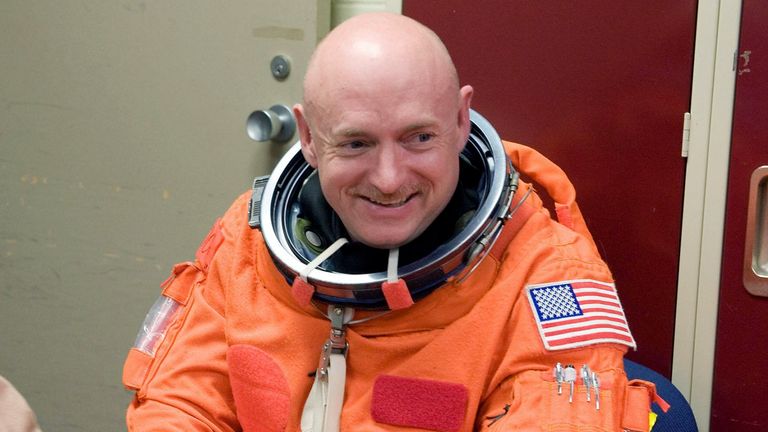 A retired astronaut and former US Navy Captain, Mark Kelly is no stranger to a challenge.

He decided to run for the senate last year – eight years after his wife Gabby Giffords was forced to retire from congress when she was shot in the head.

Jared Lee Loughner tried to assassinate Ms Giffords in Tucson, Arizona, in 2011 after he became obsessed with her.

Six people died in the attack and she was left with a brain injury.

Two years later she and her husband started a gun-control campaign called Americans for Responsible Solutions.

Early results showed Mr Kelly was set to win his seat in Arizona from Republican Martha McSally, who took over from John McCain when he died of a brain tumour last year.

He has taken part in five NASA missions and flew for the Navy during the Gulf War. 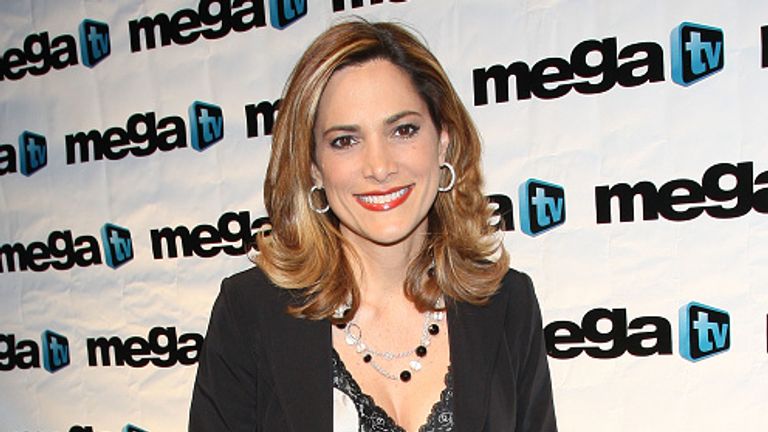 The Republicans seized an unexpected House victory in Florida in the form of Maria Elvira Salazar.

She beat Donna Shalala in the largely Democratic area of Miami.

A Spanish-language TV news anchor, Ms Salazar has reported on immigration and America’s Latino community for more than 30 years.

She took her seat from Ms Shalala who used to be Bill Clinton’s secretary of health and human sciences and the president of the University of Miami.