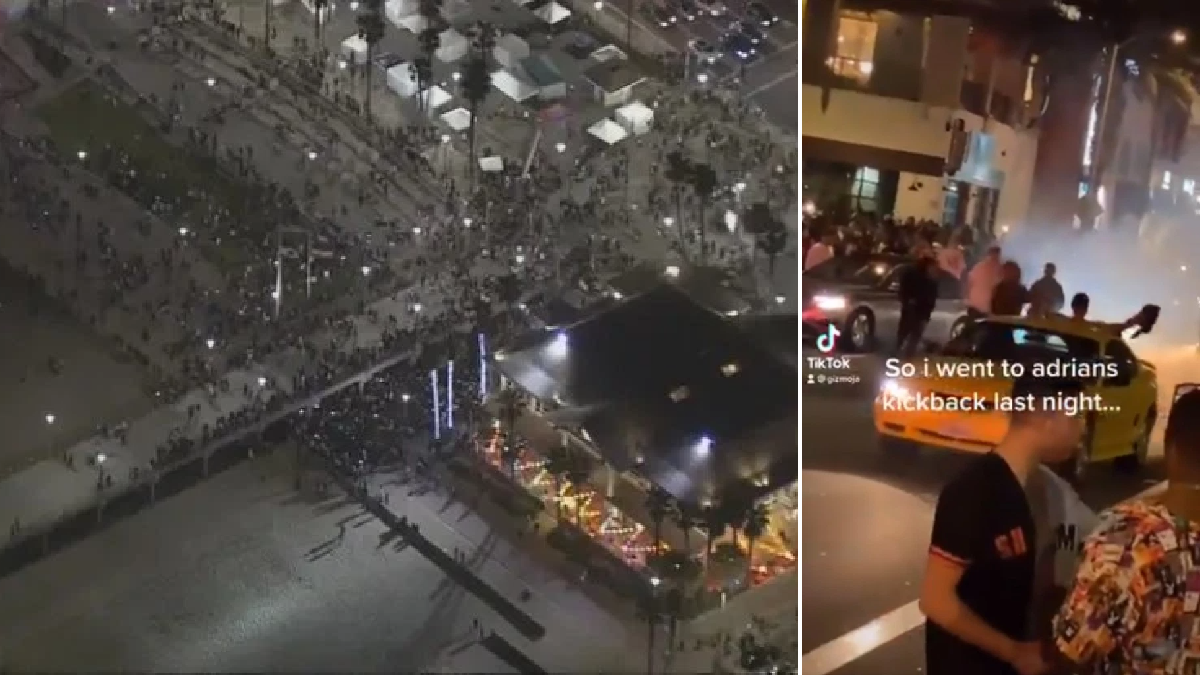 A massive beach party in Southern California that went viral on TikTok ended with nearly 150 revelers arrested. Police busted ‘Adrian’s Kickback’ in Huntington Beach on Saturday after declaring it an unlawful assembly of people.

Authorities had the party on their radar since Friday. The event was organized by a TikTok user who used the hashtag #AdriansKickBack to invite people to his birthday party. The post has garnered more than 270million views. Some TikTok users claimed to be traveling to the party from as far away as Arizona and Michigan.

A few hundred people congregated at the beach and the crowd grew ‘rapidly’, the Huntington Beach Police Department said in a press release. As more people arrived, the crowd spilled over to the downtown area. About 2,500 party goers gathered from different cities and counties, police estimated.

‘It was nutso out of there,’ Laura Klees, who was having dinner at Huntington Beach Pier, told the Orange County Register.

A video showed police officers with riot helmets firing less than lethal weapon rounds at people who apparently launched fireworks, rocks and bottles at them.

‘As the crowd size continued to grow rapidly, large groups disbursed into various locations throughout the area, throwing bottles, rocks, fireworks, and other items at officers,’ Huntington Beach police said.

Footage showed police vehicles with the windows shattered and tagged with graffiti and some revelers standing on top of cars and a traffic pole. Huntington Beach police had help from more than 150 officers from other Orange County agencies. Sirens sounded as cops tried to disperse the crowd.

Cops arrested 149 people including 121 adults and 28 juveniles. They were booked on suspicion of failure to disperse, firing dangerous or illegal fireworks, vandalism and curfew violations, among other offenses.

A GoFundMe account was created to help 40 local artists whose stands on the pier were damaged.