Trump says he finished his written answers in Russia probe 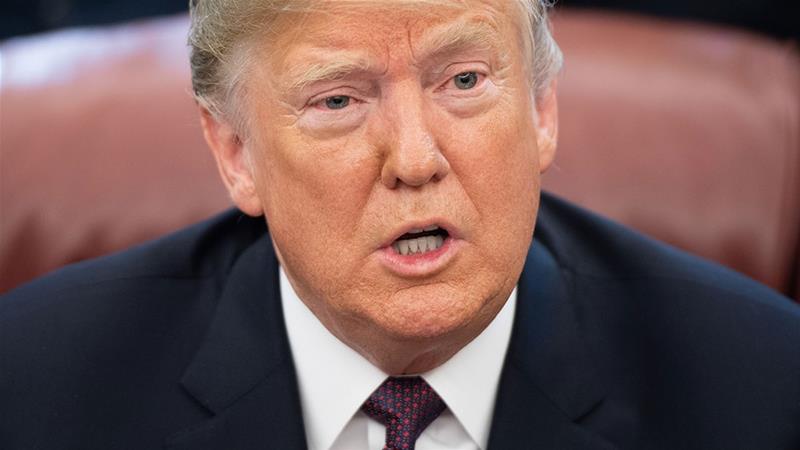 President Donald Trump on Friday said he had “very easily” completed his written answers for Special Counsel Robert Mueller’s investigation into Russia’s role in the 2016 US election, but had not yet submitted them to Mueller’s office.

Speaking to reporters at the White House, Trump said he wrote the answers to the questions himself.

The Republican president did not specify when his legal team would submit his written responses.

“I’m sure they’re tricked-up because, you know, they like to catch people,” Trump added, referring to questions that he suggested, without evidence, could be designed to result in perjury charges.

Trump and his lawyers had been in negotiations with Mueller’s team over how the president would be questioned as part of the investigation, including whether he would appear in person.

Tensions have risen even higher over the probe since Trump last week forced out Jeff Sessions as US attorney general and named Matthew Whitaker as his replacement on an acting basis. That move gave Whitaker, a Trump loyalist, oversight of the Mueller probe rather than Rod Rosenstein, the department’s No 2 official who previously had authority over it.

Mueller, who Rosenstein named to head the Russia investigation in May 2017, is investigating whether members of Trump’s campaign concluded with Moscow in the 2016 election and whether Trump has unlawfully sought to obstruct the probe, which has cast a cloud over his presidency.

Mueller already has brought charges against a series of former Trump aides, including his former campaign chairman and a former US national security adviser, as well as a number of Russian individuals and entities.

A federal judge on Thursday refused to dismiss criminal charges against a Russian company, Concord Management and Consulting LLC, accused by Mueller of funding a propaganda operation to sway the 2016 election in Trump’s favour.

Trump on Friday again criticised the probe as a “witch hunt” and said there was no such collusion. Russia has also denied any interference.

Democrats and a number of Republicans have raised concerns about Whitaker’s appointment, with a bipartisan group of US senators renewing a push for legislation to protect the special counsel. But Senate Majority Leader Mitch McConnell, a Republican, has opposed any such legislation.

Republican US Senator Lindsey Graham, who has said he would seek to lead the Senate panel overseeing the Justice Department next year, on Thursday met with Whitaker and expressed confidence the Russia probe would continue.