Trump claims in court documents the grand jury subpoena is ‘overbroad’ and focused on payments made in 2016. 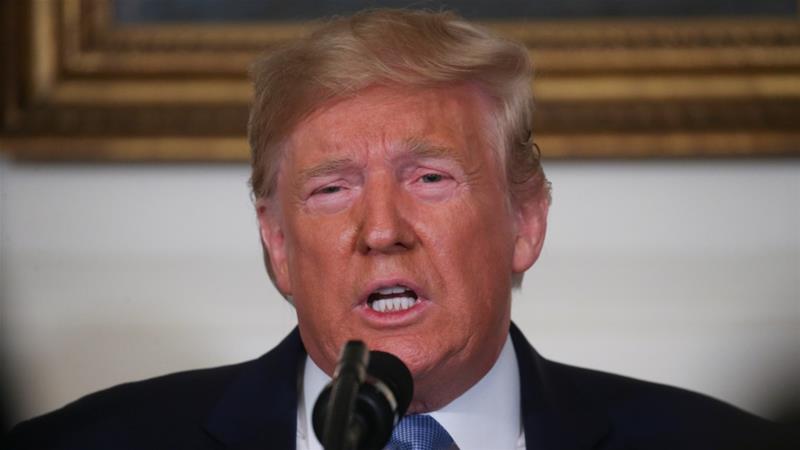 US President Donald Trump has insisted in court papers that a grand jury subpoena over his tax returns was “overbroad” and issued “in bad faith”.

Trump on Monday reiterated the argument in his latest court filing challenging the subpoena for eight years of his personal and corporate tax records.

The filing in federal court in Manhattan was in response to a motion by Manhattan District Attorney Cyrus Vance to dismiss the new challenge to the subpoena without delay.

The dispute already was subject to a ruling from the US Supreme Court last month that the president was not immune from state criminal probes.

Grand jury deliberations are secret, and the public may not learn what the subpoena uncovers until after the November 3 election.

But on Monday, Trump‘s lawyers argued the probe is about hush-money payments made in 2016 by his former lawyer and fixer Michael Cohen.

“The president plausibly alleges that the grand jury investigation is about certain payments made in 2016 – not some murky inquiry into broader financial practices,” Trump’s lawyers said.

Vance last week said in his papers that it was a “false premise” that the investigation was limited to the hush-money payments.

Rather, Vance hinted, it is part of an investigation of “possibly extensive and protracted criminal conduct at the Trump Organization,” including alleged insurance and bank fraud.

Cohen pleaded guilty in 2018 to campaign violations tied to the payments to pornographic film actress Stormy Daniels and former model Karen McDougal, who said they had affairs with Trump, which he denies.