Home » Americas » These Y.M.C.A. Camps Served Children for 100 Years. Now They Are Shut.

Juan Escobar was 12 and skinny when he first went to a Y.M.C.A. summer camp. He weighed only 65 pounds, often didn’t get enough to eat and had chronic asthma.

For much of his childhood, he lived with his mother and grandmother in a public-housing complex in the South Bronx, where, he said, he was in constant fear of robbers and bullies.

But at the camp, in upstate New York, “I didn’t have to worry about dodging bullets,’’ Mr. Escobar, who is now 29, said. Instead, he was surrounded by trees.

Wholesome food and fresh air improved his health, he said, and the welcoming environment helped him gain confidence and relate to people from different backgrounds. The Y.M.C.A. gave him financial aid so he could afford to attend the camp, which he did throughout his teenage years before becoming a counselor. He is now a police officer in the Bronx.

Since 1918, the three summer camps run by the Y.M.C.A. of Greater New York have offered a change of scenery for generations of children, many of them Black and Latino and from families that could not otherwise afford to provide them a summer in the country.

That was before the pandemic, which forced the camps to shut down last year and decimated the Y.M.C.A.’s finances. Now, the organization is closing the camps for good and has put the grounds up for sale.

The move came as a surprise to members of the camps’ board of managers, an advisory group that works with the Y.M.C.A. Board members said they had not been consulted about the planned sale.

“Our hope and expectation was that as an active and dedicated group of volunteers that we would have garnered some respect,” said Emily Van Ingen, 51, the deputy director of a nonprofit group in the East New York section of Brooklyn, and a member of the board.

Y.M.C.A. officials declined to comment on board members’ complaints about not being notified of the decision to sell the camps.

A sale would allow the Y.M.C.A. to cut costs while bringing in money that is desperately needed after a dismal year that left many of its most lucrative services, including gyms, either closed or severely limited because of the virus, said Ronnie Tucker, a Y.M.C.A. spokeswoman.

The organization has laid off nearly 2,000 employees, or more than half its work force, and faced a $100 million budget shortfall last year, Ms. Tucker said. 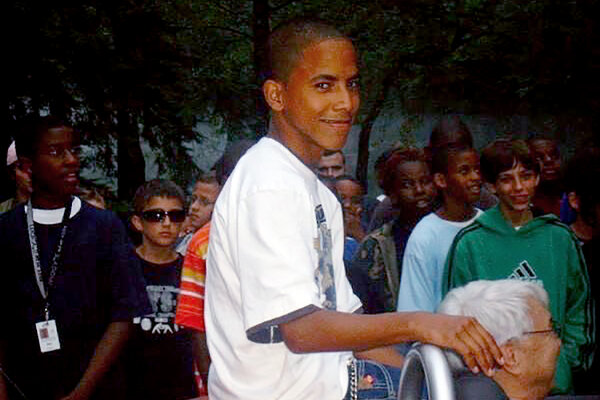 Closing the camps, Ms. Tucker said, had been “a very painful and very, very difficult decision for our organization.”

“I’m so sad and angry that this is happening,” he said “This is my home.”

The three camps cover more than 1,000 wooded acres in Huguenot, N.Y., about 60 miles northwest of New York City. In 2019, the last summer they were open, 60 percent of the campers were from the city and over 70 percent were children of color.

In a typical summer, about 1,200 children from 7 to 16 have attended the camps, with roughly a third receiving some financial assistance, Y.M.C.A. officials said.

“I view this as a civil rights issue,” John Block, 69, a documentary filmmaker who was a counselor and a former member of the board of managers, said in an email. “The camp closing is yet another example of the poor minority community taking an especially hard hit.”

Sleepaway camps across the United States experienced financial losses last year after government regulations prompted by the pandemic mostly kept them closed. Rules vary by state this year, but many camps will be allowed to reopen with social-distancing guidelines in place. Gov. Andrew M. Cuomo of New York has indicated that camps in the state will be able to open this year, but he has not provided clear guidelines for how they will do so yet.

“It’s a fragile situation,” said Tom Rosenberg, the president and chief executive of the American Camp Association, an industry group. “Camps are doing everything they can.”

The Y.M.C.A. of Greater New York said it hoped to sell the upstate camps for around $5 million. It declined to disclose other details about a potential sale or to comment on whether it would sell only to a buyer who pledged to keep the properties as summer camps.

To campers, their families and a vast network of alumni, the camps’ looming shutdown came as an unexpected blow.

“The idea of selling this camp that’s been with us for 102 years, at a time when New York City children absolutely need it the most, is disappointing beyond words,” said Monica Bermiss, 48, an assistant middle school principal, former camper and a board of managers member.

After learning that the camps were for sale, some former campers and counselors have been trying to raise enough money to buy the properties, while acknowledging that it was unlikely they would succeed.

The news hit those who are still of camp age especially hard.

Mark Garel, 16, who lives on Staten Island in a crowded apartment a half-hour bus ride from the nearest park, attended the Y.M.C.A. camps for years with the help of financial aid. He described them as a welcome respite from a city that could feel “claustrophobic.”

“When I heard it was closing, I was devastated,” he said.

Jamya Montrevil, 13, who lives in Lower Manhattan with her mother and brother, said camp had been a place where she could stretch her boundaries beyond those she sticks to in the city, where “we just stay to ourselves and don’t really get to explore much.”

She had hoped to be at camp this summer. “It’s really disappointing,’’ she said.

Camps offer opportunities that are important to a child’s development, like trying new experiences, interacting with children from different backgrounds and learning new skills, said Fatima Shama, the executive director of the Fresh Air Fund, a nonprofit group that provides free summer programs, including camp, to children from poor New York City families.

“That experience is transformative, and a young person carries that with them forever,” Ms. Shama said.

(The New York Times Company has long supported and partnered with the Fresh Air Fund, and Arthur Ochs Sulzberger, The Times’s publisher for decades, served as the fund’s chairman.)

The need for summertime diversions may be particularly acute now for children who have spent much of the past year stuck at home.

Ms. Tucker, the Y.M.C.A. spokeswoman, said it had become too costly to maintain the camps and their grounds, which include three lakes, horse stables, ropes courses, a wood shop and an inflatable floating obstacle course.

As for the organization’s 22 branches in the city, member services, like pools, had only reopened in the 10 that serve the largest number of members, Ms. Tucker said. Membership at those 10 branches has plunged about 40 percent since the pandemic started.

“Last spring, all Ys had to close down for some period of time, which meant billions of dollars of lost membership and programmatic revenue,’’ he said in an email, adding, “Some have had to make the very difficult decision to close or sell branches or camps.”

The Y.M.C.A. of Greater New York expects to still have a robust day camp operation, including this summer, Ms. Tucker said. It served up to 13,000 children in 2019.

Recently, more than 150 former campers met by video to discuss what they could do to keep the camps open. One suggestion involved enlisting prominent alumni like the sportscaster Bob Costas to help with raising money.

“My overwhelming sense was that it was beneficial to these kids,” Mr. Costas said in an interview. He worked as a counselor at one of the camps in 1969 and the early 1970s but has not been involved with it since then. “They all seemed appreciative, like they were having the time of their lives.”

For Mr. Escobar, the police officer, closing the camps means children growing up in circumstances like his “are definitely losing a sense of finding themselves, knowing that they can push themselves to be someone different.”