The Newest Champions of Caregiver Reform? The Private Sector.

“Women cannot reach their full potential without a reimagining of care.”

In mid-February, Time’s Up, an advocacy organization, began reaching out to executives at about a dozen U.S.-based companies with a proposal: Would they like to be part of a council pushing for new care policies and host discussions on ways to support their employees?

The answer, a resounding yes, came within weeks: JPMorgan Chase, Google, Patagonia, Spotify and almost 200 other businesses signed on as founding members of a new coalition, the Care Economy Business Council, the creation of which was announced on Wednesday.

The council is focused on pushing for sweeping reforms to the caregiving infrastructure in the United States, sending a strong signal that the private sector is open to government intervention in this space. Its messaging conveys the effort in urgent economic terms, claiming that crumbling child and elder care systems ultimately affect business productivity and bottom lines.

Last year was economically devastating for many women: By this February, almost two million women had dropped out of the work force, bringing the female labor participation rate to its lowest level since the 1980s. McKinsey & Company estimates that female employment levels in the U.S. may not return to prepandemic levels until 2024. A large part of the fallout was because of the increased caregiving burden — as schools and child care centers shut or went remote — that mostly fell on women. 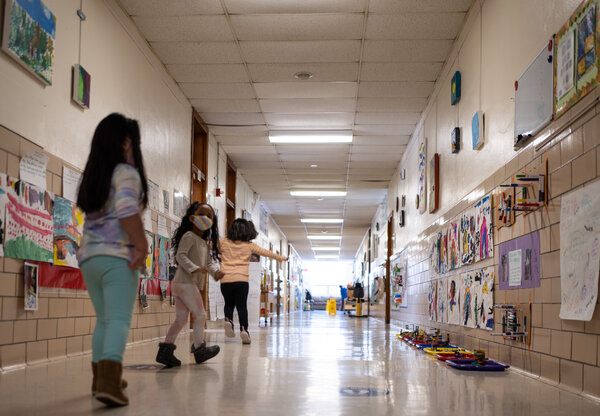 “For so long, the prevailing view has been that caregiving is a problem for workers to figure out on their own, it’s not the employers’ problem or the policymakers’ problem,” Tina Tchen, the chief executive of Time’s Up, said. “What I’m seeing now that I have not seen in the many years I’ve been working on these issues is a realization by employers that they do have a stake in this.”

The council aims to bring executives together to share ways to improve workplace policies but also to advocate policies that would help people — particularly women — get back to work. The council’s demands are a federally funded family and medical leave, affordable child care and elder care, and elevated wages for caregiving workers, adding a powerful voice to growing bipartisan support among voters for overhauling the caregiving ecosystem.

Though the council consists of many Fortune 500 companies, its members also include several small and medium-size businesses, like the period underwear brand Thinx and Soul Popped Gourmet Popcorn, which would benefit most from public policy shifts, Ms. Tchen said.

“Our small and medium-sized businesses right now actually can’t afford to do things like paid leave or subsidized child care for their workers,” she said, and in turn lose out on talent.

For the first time in five decades, there is momentum on Capitol Hill too. President Biden’s two-part infrastructure plan proposes injecting $425 billion into expanding and strengthening child care services, with an additional $400 billion to help expand access for in-home care for older adults and those with disabilities. His plan also offers businesses a tax credit for building child care centers in their workplaces.

But while Democrats in Congress largely support the president’s plan and have also introduced three separate but similar child care bills, Republicans have expressed resistance to increased government spending and tax increases.

When the country first went into lockdown last spring, many child care centers — which were already struggling to get by on thin margins that were highly dependent on fees — either shuttered or cut back on hours to save on costs, leaving parents without reliable and safe places for their children while they worked.

In response, many companies scrambled to cobble together solutions, offering their employees everything from flexible work hours to additional days off.

Verizon, for example, which is part of the council, gave employees a stipend of up to $100 a day for child care that could be used to pay anyone, including family members or friends, to babysit. The company realized that simply extending existing child care benefits made no sense when child care centers were closed or care professionals were hard to come by.

More than 11,000 employees used that benefit, said Christy Pambianchi, the chief human resources officer at Verizon. As a result, the company’s female employee turnover rate stayed at a record low.

“There’s a cost to turnover; I didn’t want them to quit because I’d have to replace them and train them,” Ms. Pambianchi said. “All of that would have cost way more than just giving them that backup care.”

But even with new policies and support systems, Ms. Pambianchi realized there was only so much that Verizon, as a private business, could do to help employees when child care centers remain shut and school summer vacations loom.

The issue is “bigger than something we can solve on our own,” she added.

The pandemic also made clear for many executives that the corporate culture that existed before the pandemic “really wasn’t working either,” so reverting would be counterproductive, said Samantha Saperstein, managing director at JPMorgan Chase who leads the company’s Women on the Move program.

At one recent internal panel, a male manager — a father of four — acknowledged that he didn’t really take parental leave until the arrival of his fourth child just before the pandemic, Ms. Saperstein recalled.

“He realized that, No. 1, it was very important to his family and to his wife, and No. 2, it really helped to signal to other men to take the leave,” Ms. Saperstein said.

“We’re definitely reaching an inflection point in terms of the understanding and the recognition of the importance of caregiving,” she added. 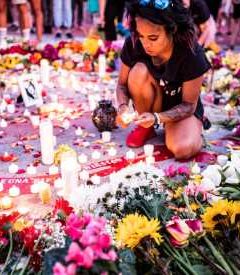 Driver Who Plowed Into Protesters in Minneapolis Is Charged With Murder