Home » Americas » The F.B.I. search is separate from the Justice Department’s Jan. 6 investigation.

The F.B.I. search is separate from the Justice Department’s Jan. 6 investigation. 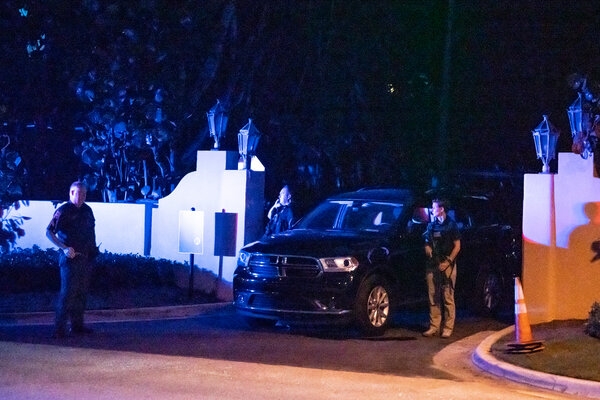 The F.B.I.’s search of former President Donald J. Trump’s home on Monday to obtain information related to his handling of classified information is separate from the Justice Department’s investigation into the Capitol attack on Jan. 6, 2021, according to multiple people familiar with the investigation.

The search appears to be focused on Mr. Trump’s handling of materials that he took from the White House residence at the end of his presidency, including many pages of classified documents.

For now, there is no indication that the F.B.I. search, which was approved by a federal judge, is related to the Justice Department’s investigation into Jan. 6, which has focused on the plan to create slates of electors that falsely said that the former president had won in key swing states in 2020.

Prosecutors have stepped up the Jan. 6 investigation in recent weeks, taking grand jury testimony from two top aides to former Vice President Mike Pence and issuing a subpoena to the lawyer who served as Mr. Trump’s final White House counsel.

However, the information gathered by investigators at Mar-a-Lago could be used in other cases if it proves relevant, according to Norman L. Eisen, who served as special counsel to the House Judiciary Committee during Mr. Trump’s first impeachment trial and who helped craft rules governing the use of classified information during the Obama administration.

“Whatever is found there, as long as agents comply with the warrant, could be used in other cases,” Mr. Eisen said.