Khaleel Seivwright built himself a wooden shanty while living on a West Coast commune. Then he started building similar lodgings for homeless people in Toronto to survive the winter. 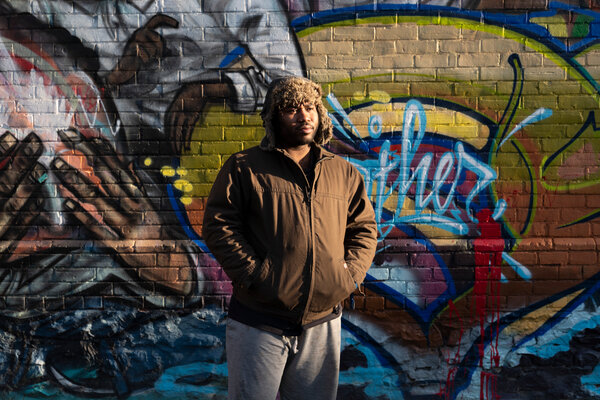 TORONTO — On his way to work on a construction site, Khaleel Seivwright surveyed the growing number of tents lining an intercity highway and in parks with increasing discomfort. How would these people survive Toronto’s damp, frigid winters, let alone the coronavirus, which had pushed so many out of overcrowded shelters?

He remembered the little shanty he had once built out of scrap wood while living on a commune in British Columbia.

So he hauled a new generator into his S.U.V., strapped $800 worth of wood onto the vehicle’s roof and drove down into one of the city’s ravines in the middle of the night to build another one: a wooden box — 7 feet 9 inches by 3 feet 9 inches — sealed with a vapor barrier and stuffed with enough insulation that, by his careful calculation, would keep it warm on nights when the thermometer dipped as low as minus 4 degrees Fahrenheit.

He put in one window for light, and attached smoke and carbon monoxide detectors. Later, he taped a note to the side that read, “Anyone is welcome to stay here.”

Since then, Mr. Seivwright (pronounced Seeve-right), 28, has built about 100 similar shelters with a crew of 40 volunteers and more than $200,000 in donations. He has hauled them to parks across Toronto where homeless encampments have slumped into place — jarring reminders of the pandemic’s perversely uneven effects. 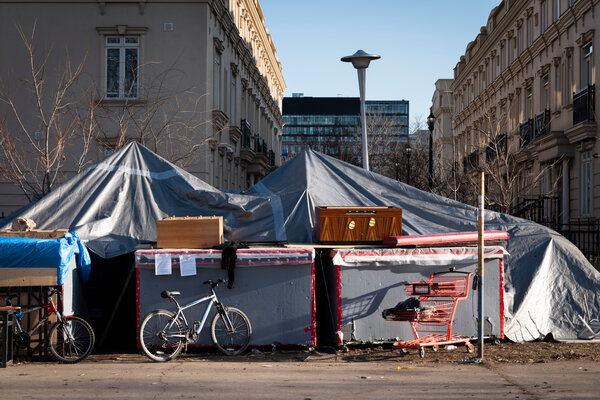 The city’s bureaucrats called them illegal and unsafe, and stapled trespass and eviction notices to many, informing their residents that the city had rented out hotel rooms for them. They served Mr. Seivwright with an injunction, ordering him to stop putting the structures on city-owned land.