Edmund Zagorski, 63, is set to be executed by electrocution on Thursday night after opting against lethal injection. 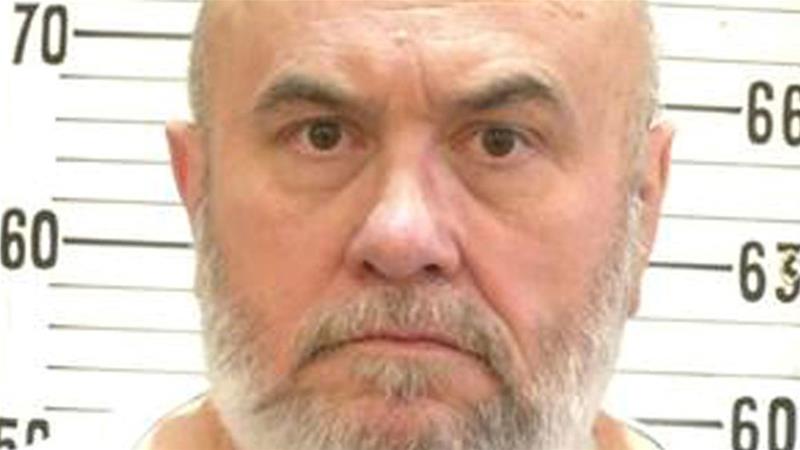 Tennessee plans to execute 63-year-old Edmund Zagorski by electrocution on Thursday night after the condemned man requested not to be put to death by lethal injection.

Zagorski, who killed two men in 1983 who were carrying a large amount of cash in order to buy 100 pounds of cannabis, would be the first US inmate executed by electrocution since 2013. The last time the state of Tennessee put someone to death by electric chair was 2007.

He is to be executed at 7pm Central Time (00:00 GMT) on Thursday. His attorneys have filed for a stay to the execution with the US Supreme Court.

Lawyers for Zagorski said he believed that compared with the state’s lethal injection mix, the electric chair would be a less painful option.

Zagorski was to have been put to death on October 11, but Governor Bill Haslam granted a temporary reprieve.

The US Supreme Court earlier this month denied a request by Zagorski and other Tennessee death row inmates over the state’s mix of lethal drugs, which have led to some flawed executions in recent years.

Lethal injection is the preferred method of putting people to death in all US states that have the death penalty, according to the Death Penalty Information Center.

The DPIC shows that since 1976, 88 percent of the nearly 1,500 people executed have died by lethal injection and 11 percent by electrocution. Less than one percent have been killed by lethal gas, firing squad and hanging.

The last time Tennessee used its electric chair was 2007.

Zagorski’s attorneys in a lawsuit filed in federal District Court on Friday argued that the electric chair, “while better than lethal injection … is still utterly barbaric,” saying that it violates the Eighth Amendment ban on cruel and unusual punishment.

Despite the controversies over lethal injection, Deborah Denno, a professor at Fordham University School of Law, told Reuters news agency, “I don’t see a resurgence in use of the electric chair. I don’t see states going back to that.”

In a 1984 trial, prosecutors said Zagorski lured John Dotson and Jimmy Porter into a wooded area in Robertson County under the pretence of a drug deal. But once the men were in the woods, Zagorski shot them both, slit their throats and stole their cash, court records show.