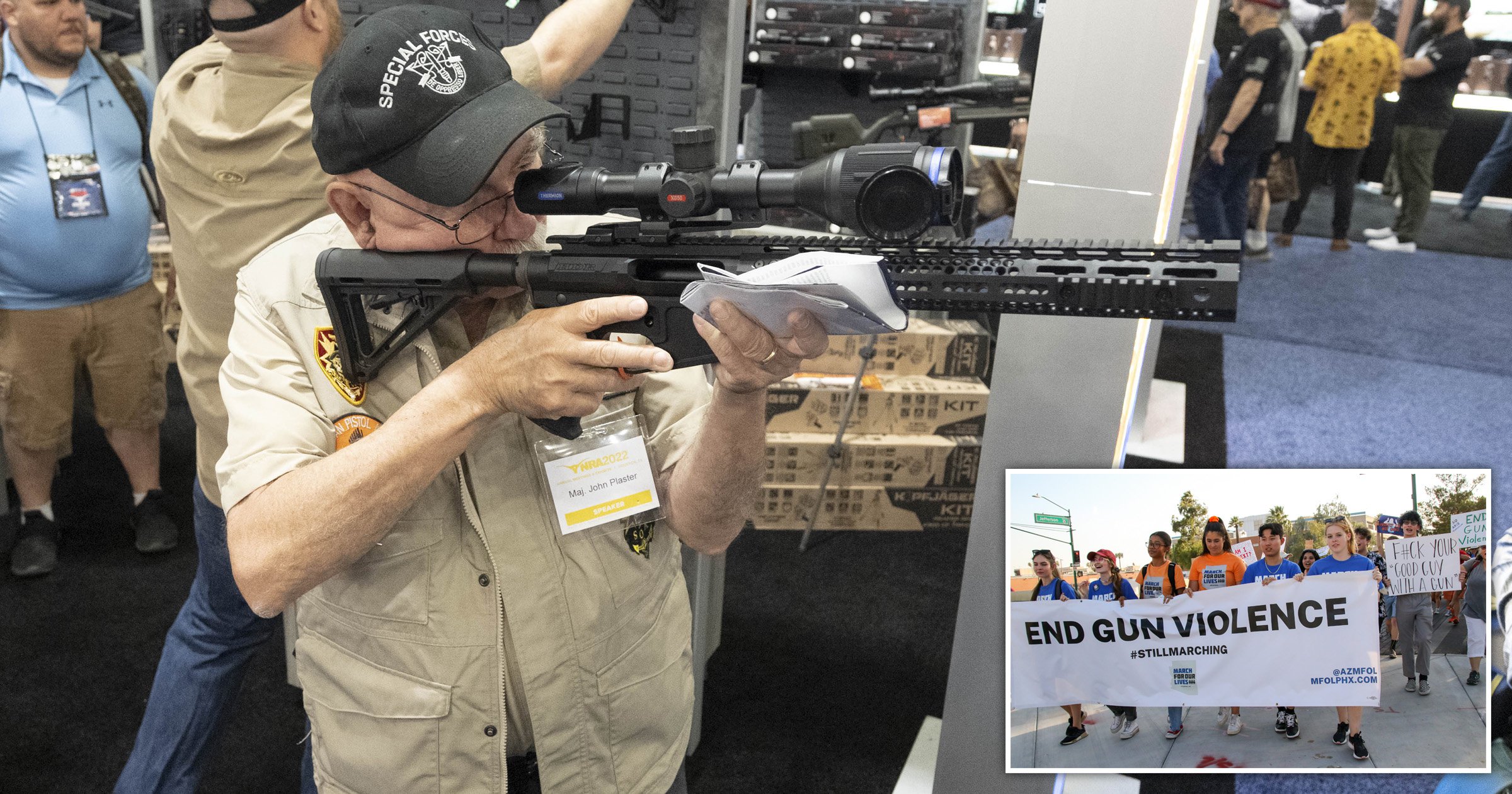 The Supreme Court has struck down a New York law limiting guns in public, ruling that the Second Amendment provides the right to carry a firearm outside of home.

In a 6-3 ruling on Thursday morning, the high court took a broader interpretation of the Second Amendment, which safeguards the right to keep and bear arms. The decision will make it more difficult for states to place restrictions on guns outside of the home.

The New York law requires that individuals pursuing a handgun carry license show a ‘proper cause’ to be outside of their homes.

‘Because the State of New York issues public-carry licenses only when an applicant demonstrates a special need for self-defense, we conclude that the State’s licensing regime violates the Constitution,’ wrote Justice Clarence Thomas for the court’s 6-3 conservative majority.

Thursday’s ruling is the court’s second major decision around the Second Amendment. In its landmark 2008 decision, the court for the first time stated that the amendment protects an individual’s right to possess firearms. However, that ruling was limited to keeping guns at home for the purpose of self-defense.

The new ruling applies the amendment beyond the limits of the home, settling the issue that the court had declined to take up for years.

Besides New York, California, Hawaii, Maryland, Massachusetts, New Jersey and Rhode Island have similar laws limiting guns in public, according to briefs in the case.