Sister Margherita Marchione, who became known as “the fighting nun” for her defense of Pope Pius XII against allegations that he had failed to do as much as he could have to save the Jews from Nazi atrocities during World War II, died on May 19 at her convent, Villa Walsh, in Morristown, N.J. She was 99.

The author of more than 45 books, Sister Margherita was the American-born daughter of Italian immigrants and spent nearly two decades teaching Italian language and literature at Fairleigh Dickinson University in Madison, N.J. She was the first nun to become a tenured professor at the university.

Early on, she delved into research on Philip Mazzei, a Florentine surgeon and horticulturalist who came to the United States in the 1700s, fought in the American Revolution and became friends with Thomas Jefferson.

She wrote seven volumes on Mazzei and amassed thousands of his papers, works of art and other items, which she donated to the Thomas Jefferson Foundation. And she campaigned successfully to get the United States Postal Service to issue a commemorative stamp in his honor in 1980.

But the work that dominated her later decades was her push for the beatification of Pope Pius XII, whose papacy lasted from 1939 until his death in 1958. Beatification is one step in the Vatican’s process of making someone a saint.

The pope’s record during the war has long been highly contentious, with many in the international Jewish community and others saying that he had remained shamefully silent and failed to use his moral authority to condemn the slaughter of Jews.

His defenders say he worked behind the scenes to encourage the Roman Catholic Church to save thousands of Jews and other victims of persecution.

History has yet to render a final judgment. Scholars have just begun to examine the pope’s immense archives, which consist of tens of thousands of papers and were fully opened only last year. Early reports bolstered accusations of Vatican indifference to Jewish suffering, but scholars said the complete picture would not be clear until all the papers could be studied, a process that has been slowed by the coronavirus pandemic.

Yad Vashem, the memorial in Israel to victims of the Holocaust, which also recognizes those who saved Jews from genocide, has been highly critical of Pius XII. In its museum, beneath a photograph of him, a statement reads:

“Although reports about the assassination of Jews reached the Vatican, the pope did not protest either by speaking out or in writing. In December of 1942, he did not participate in the condemnation by members of the Allies regarding the killing of Jews. Even when the Jews were being deported from Rome to Auschwitz, the pope did not intervene.”

Sister Margherita was considered the pope’s foremost defender outside of the Vatican. She wrote several books arguing that, far from being passive, he had allowed thousands of Jews to hide in Vatican institutions during the war. She said that she had interviewed scores of them, and that they were grateful to him for saving their lives.

She received an award in 2003 from Pope John Paul II for her work “promoting the truth about Pope Pius XII.” In a speech acknowledging the award, she noted that her own order in Rome had sheltered 114 Jews in its convents, and that in gratitude they had presented one of those convents with a five-foot statue of the Madonna.

She also made numerous appeals to Yad Vashem to reconsider its characterization of the pope’s actions.

“If Jewish leaders say today that Pius XII did nothing to save Jews, they are disputing the testimony of other Jews who said he did quite a lot,” she told New Jersey Jewish News in 2007.

“It is terribly unfair,” Sister Margherita added, “to put so much blame on Pius, who had no army besides a few Swiss Guards with which to resist Hitler, while leaders like Franklin Roosevelt and Winston Churchill, who had the means to bomb the concentration camps, failed to do so.”

Walter Ruby, who interviewed Sister Margherita for New Jersey Jewish News, wrote in his article that scholars of the period agreed that convents and monasteries had hidden nearly 5,000 Jews during the German occupation of Rome, from September 1943 to June 1944. But, he added, “these same scholars assert there is no proof that these institutions acted at the behest of the pope.”

Sister Marchione maintained that physical proof was hard to come by because the pope never wrote down specific orders, nor did he speak out for fear of Nazi retribution. But, she said, it was inconceivable that convents and monasteries would have sheltered Jews without his permission. 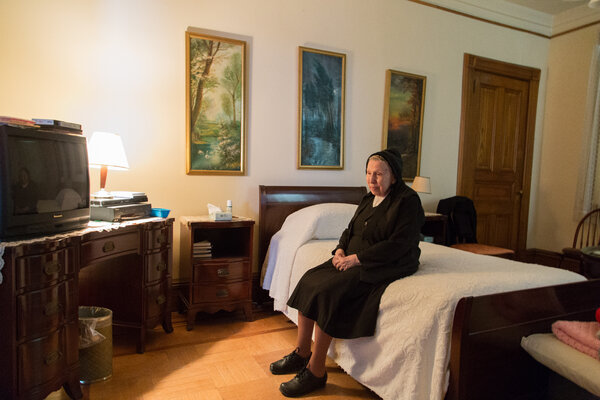 Margherita Frances Marchione was born on Feb. 19, 1922, in Little Ferry, N.J., just across the Hudson River from Manhattan. Her parents, Crescenzo and Felicetta (Schettino) Marchione, had come to the United States from a small town near Salerno, Italy, in 1902. At the time, much of New Jersey was still farmland, and they ran a dairy business with their eight children, of whom Margherita was the youngest.

She attended St. Mary’s School in nearby Hackensack and entered the Religious Teachers Filippini in 1935. She received the habit in 1938, when she was 16.

While pursuing her studies, she taught Italian at Villa Walsh College, which at the time was a two-year college for the sisters of Religious Teachers Filippini; in 1967, the college became Villa Walsh Academy, an all-girls college preparatory high school.

After a year as a Fulbright scholar, she began her teaching career at Fairleigh Dickinson in 1965.

Over time, she received numerous honors and awards for her writings and her contributions to higher education and Italian culture. She titled her autobiography, published in 2000, “The Fighting Nun: My Story.” In 2016 she donated her collection of materials on Pope Pius XII to Stonehill College in Easton, Mass.

She leaves nieces and nephews but no immediate survivors.

Sister Margherita did not live to see whether Pius XII would be made a saint. But she did witness the declaration of him as “venerable” in 2009 — a move, protested by some Holocaust survivors, that put him on the path to canonization.

The next step would be finding a miracle attributed to his intercession, but that process appears to be on hold while scholars comb through his archives. 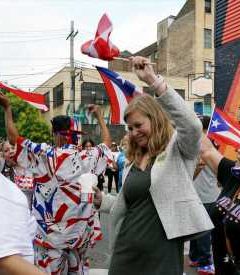