Taylor, an unarmed Black woman killed by white police officers in Louisville, Kentucky, would have turned 27 on Friday.

Louisville, Kentucky – Butterflies followed by hundreds of blue, silver and white balloons, many reading “Happy Birthday”, speckled the sky over Louisville, Kentucky’s Metro Hall on Saturday, part in celebration of the life of Breonna Taylor, and part in protest against the police killing of the young Black woman earlier this year.

Taylor would have turned 27 years old on Friday. She was killed by police on March 13 in a raid on her home. She was asleep when they barged in.

“[Breonna] was a very just person. She was a person who would love you even if she didn’t know [you]. She embraced every single person who she encountered,” Katrina Smith, Taylor’s cousin, told hundreds gathered in sweltering heat in downtown Louisville during Saturday’s vigil.

“We are out here celebrating her life, her birthday, 27 years old,” Smith said. “She hadn’t lived a full life, but she’s going to live through each and every one of us.” 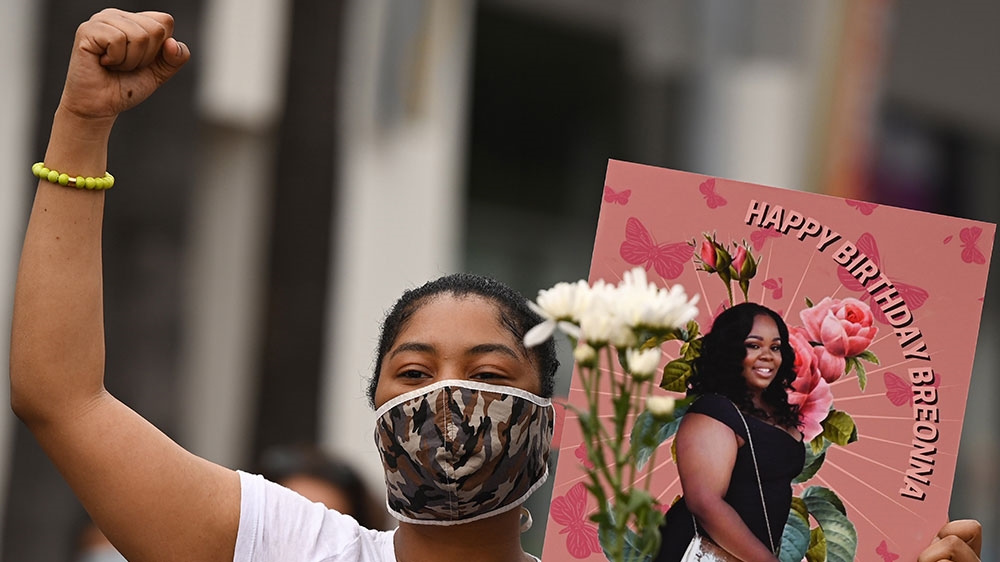 Taylor’s name, along with that of George Floyd, an unarmed Black man killed by police in Minneapolis, Minnesota, last month, has been at the forefront of mass protests against police brutality that have gripped much of the United States for nearly two weeks.

While it has been almost three months since police killed Taylor, who was a Louisville emergency room technician, her family and friends, and thousands of protesters, say justice has not been served. 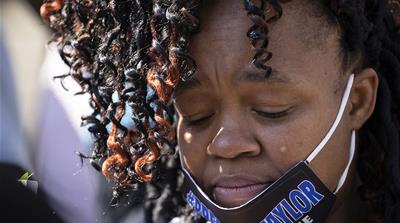 The three white officers involved in the shooting remain on the force: They were placed on administrative reassignment, pending an investigation. Those officers barged into Taylor’s home in plain-clothes to serve a “no-knock” warrant but ended up exchanging fire with her boyfriend, who said he believed someone had broken into the residence. Taylor was shot eight times.

Although Louisville officials have placed limits on the use of “no-knock” warrants and proposed regulations, the moves fall short of the outright ban Taylor’s family has demanded.

As protesters rallied against police brutality in Louisville last week, they added the name of another Black man to their list of chants: David McAtee.

The 53-year-old was shot dead as police and National Guard troops reportedly attempted to enforce a city-wide curfew at his barbecue restaurant. Police say McAtee fired the first shot, but video suggests that officers launched pepper balls before McAtee used his weapon. A lawyer for McAtee’s family reportedly said a video released by police raises “more questions than answers”. The officers involved did not have their body cameras activated at the time of the incident.

“It’s too much. It’s too much,” Reynolds said. “This community will forever stand until those officers are brought to justice.”

‘A precious soul was taken’

Saturday’s vigil brought out many who have been protesting for more than a week across Louisville, demanding justice for Taylor, but also several who had not been at any demonstrations before. After the butterfly and balloon release, the community shared pizza and water. A marching band played in the background while kids drew rainbows and birthday messages with sidewalk chalk next to a makeshift memorial for Taylor.

“I have an older sister. We are really close, and it could have easily been her,” said Louisville resident Janna Tyson.

“Not only did y’all just kill a Black woman – a person of colour, but you took a precious soul from her family,” Tyson, 20, told Al Jazeera. 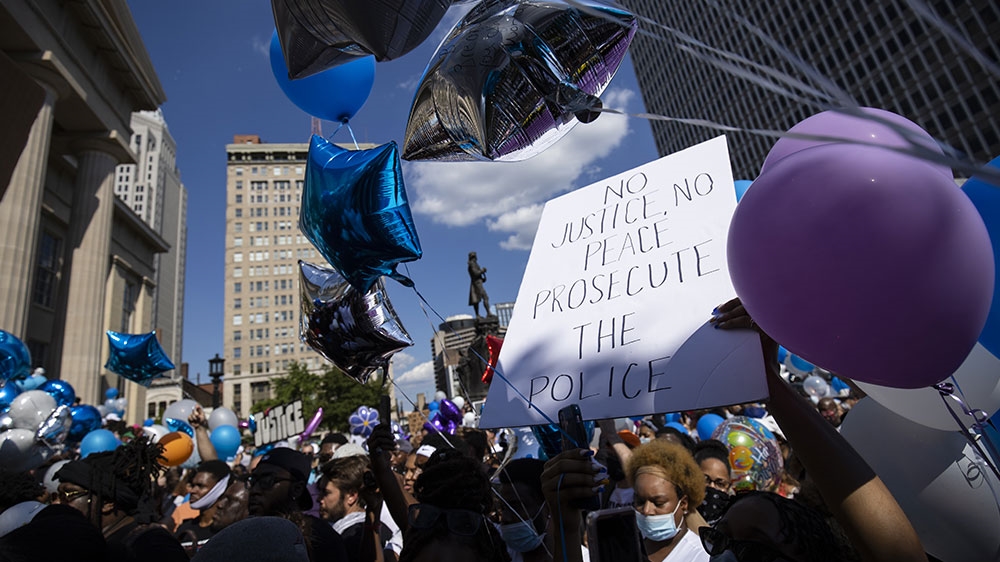 Briyana Lauderdale, 22, travelled about two hours from Bowling Green, Kentucky, to Louisville, where she grew up, to participate in the protests.

“I am not only protesting for Breonna Taylor and George Floyd,” Lauderdale told Al Jazeera.

For Taylor’s family, they said it is important to keep her name at the forefront, not giving up until justice is served.

Coronavirus: Ex-White House aide criticises Trump over pandemic and says she will back Biden