Ruth Kluger, Author of a Haunting Holocaust Memoir, Dies at 88

Ruth Kluger, whose unforgiving memoir of growing up Jewish in Nazi-occupied Vienna and escaping death in a concentration camp unsentimentally redefined the conventional mythos of the heroic Holocaust survivor, died on Oct. 5 at her home in Irvine, Calif. She was 88.

The cause was complications of bladder cancer, said her sons Daniel and Percy Angress.

Published in English in 2001 when she was about 70, “Still Alive: A Holocaust Girlhood Remembered” spared no one with its blunt and haunting narrative — not her cultured neighbors who stopped suppressing their latent anti-Semitism when Germany annexed Austria; her adult relatives who she believed should have foreseen the “final solution” for European Jews and fled the continent with their families; her liberators who swiftly wearied of hearing about the Holocaust; or even her tormented self.

“We survivors are not responsible for forgiveness,” she once told reporters in Austria. “I perceived resentment as an appropriate feeling for an injustice that can never be atoned for.”

She was 6 when the Nazis marched into Vienna. Her father fled to France, where he was deported and later killed. Her stepbrother, who was six years older and whom she idolized, was also murdered. She and her mother labored in several concentration camps, where she survived by lying about her age and then by escaping from a forced march ordered by their German guards as the war was ending.

Mother and daughter immigrated to America, where Ms. Kluger would ultimately become a professor of German literature, “impatient and absent-minded, prone to drop things intentionally or through clumsiness, even breakables like dishes and love affairs; a woman who is perennially on the move, changing jobs and homes at the drop of a hat and inventing reasons afterward while she is packing; a person who runs away as soon as she gets nervous, long before she smells danger.

“Because running away was the best thing I ever did, ever do,” she wrote. “You feel alive when you run away. It’s the ultimate drug, in my experience.”

Her memoir recounted a symbiotic, but tense relationship with her often depressed mother and generational conflicts over strategy and survival. “There were good reasons my mother lost her mind,” Dr. Kluger said in an interview with the German magazine Spiegel in 2006.

“Still Alive” distinguished itself in the Holocaust canon on several counts: Dr. Kluger did not reflexively equate mere survival with a happy ending to her horror story, and her narrative through a woman’s experience and feminist perspective was unconventional.

“It is wise, witty, blunt, brutally honest and unsentimental, and as moving as only the naked personal truth, and its bold, razor-sharp analysis, can be,” was how Dr. Kluger’s book was described by The Guardian. “She doesn’t insist on being right, but she does insist on being heard.”

A Washington Post reviewer called it “an act not of running away but of confrontation, of facing her past head-on and allowing no rationalization or romanticization of it.” The New York Times review criticized the author’s “outdated feminism” and said her troubled relationship with her mother “clouds much of the narrative of this otherwise stark, moving book.”

Ruth Susan Kluger was born on Oct. 30, 1931, in Vienna to Dr. Viktor Kluger, a gynecologist, and Alma (Gredinger) Kluger, a homemaker with a son from an earlier marriage.

After the German annexation in March 1938, Jews were barred from public schools. Ruth’s father was allowed to treat only Jewish patients and was imprisoned for illegally performing an abortion on a destitute non-Jew who had pleaded with him for help.

After he was released and fled to France, she often wondered why he left without his family. “‘Are you so ignorant that you have to ask that?’” a cousin told her years later. “‘Who would have thought then that children and women were in danger?’ My father was in danger, so he had to go.”

As a child she might have been repatriated to Britain, but her mother insisted on remaining in Vienna until 1942, she wrote, when they were transported, first to Theresienstadt, the model camp exhibited to Red Cross inspectors, and later to Auschwitz-Birkenau and Christianstadt.

Begrudgingly accepting her mother’s advice, which was also validated by another prisoner working as a clerk, she gave her age to the guards as 15 instead of 12, which qualified her for forced labor instead of extermination.

As the war was ending, she remembered her mother telling the first American soldier they encountered that they had escaped from a concentration camp. “His gesture was unmistakable, she wrote. “He put his hands over his ears and turned away. My mother translated. He had had his fill of people who claimed they had been in the camps.”

“Here was my first American, and he deliberately closed his ears,” she recalled. “One thing, I figured, was certain: this war hadn’t been fought for our sake.”

After the war, she studied philosophy and history at the Philosophisch-theologische Hochschule in Regensburg while her mother worked as an interpreter. In 1947, they moved to New York where Ruth graduated with a bachelor’s degree in English from Hunter College in 1950. She worked as a librarian and earned a master’s in English and a doctorate in German literature from the University of California, Berkeley.

Her marriage in 1953 to Werner T. Angress, who taught European history, ended in divorce. In addition to her sons, she is survived by four grandchildren.

In the late 1980s, she was directing the university’s Education Abroad Program in Göttingen, Germany, when she was struck by a bicycle. Emerging from a coma, her suppressed memories of the Holocaust were unleashed. She wrote her autobiography, published as “To Continue to Live: A Childhood,” in German in 1992 and the English version nearly a decade later.

“It is breathtakingly honest,” said Peter Fritzsche, a history professor at the University of Illinois and a family friend. “She was a survivor, but also resisted as well as recognized the notion that her memoir had a ‘happy end.’”

Dr. Kluger urged her readers against “feeling good about the obvious drift of my story away from the gas chambers and the killing fields and toward the postwar period, where prosperity beckons.”

But she was not without hope. In 2016, at the request of Chancellor Angela Merkel of Germany, she addressed the Parliament on Holocaust Remembrance Day and praised Germany for welcoming refugees from war-torn Syria. 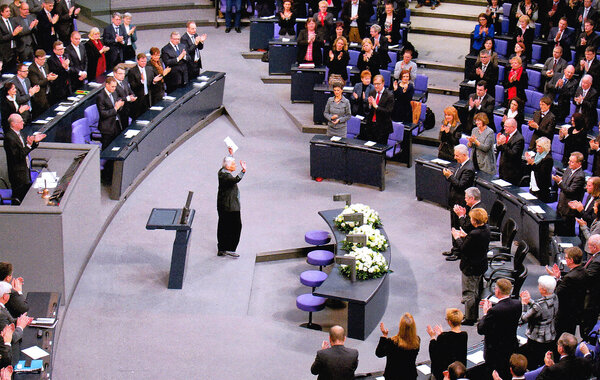 She also came to terms with her mother, who had remarried and had worked as a physiotherapist before she died in 2000. Dr. Kluger wrote that she “felt a sense of triumph because this had been a human death, because she had survived and outlived the evil times and had died in her own good time, almost 100 years after she was born.”

Her mother had lived long enough to develop a last love, with her great-granddaughter. “More than 90 years between them,” Dr. Kluger wrote, “but whenever they were together, chatting and touching, they met in a present that miraculously stood still for them, time frozen in space made human. Perhaps redeemed.” 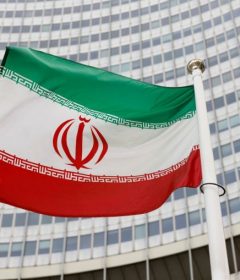 As diplomacy stutters, US, Israel to discuss military drills for Iran scenario: US official 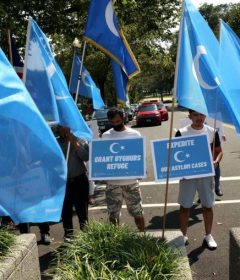 House passes Bill to punish China over oppression of Uighurs