The Remember November 11 Association is appealing to the public after another discouraging theft.

On August 15, the group posted on Facebook that sometime overnight, the shed at the Remembrance Gardens on River Road near Veterans Memorial Parkway had been broken into.

The association noted that the shed was only built about two years ago in response to another theft, when gas cans and tools were taken.

“Everything we’ve got out there we’ve gotten as a donation or we’ve gone and paid for it ourselves, raised some money to do that. It’s quite a beautiful park. There’s a lot of nice monuments out there,” said association director Sean Wilson.

“We just did Peacekeeper Day and Korea Veterans Day. So we had our veterans out, we fed them lunch, it was a beautiful ceremony. Four days later, we get all of our stuff taken. So, it’s tough.”

Wilson told 980 CFPL that he has contacted police but he’s hoping the public can help them quickly replace the stolen items.

“I think right now we’d like to try to raise $1,000 to help replace all those tools. We’ve also had the offer for some security cameras to be donated.”

More information, including how to donate, can be found at the Remember November 11 Association website. 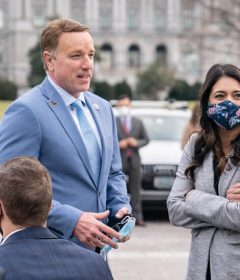 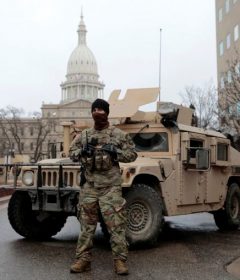