Home » Americas » President casts his ballot in person in Florida: ‘I voted for a guy named Trump.’

President casts his ballot in person in Florida: ‘I voted for a guy named Trump.’

President Trump on Saturday cast a ballot for himself in the 2020 presidential election, voting early at a polling site in West Palm Beach, Fla.

“Thank you, sir.” “Thank you very much.” “It’s an honor to be voting. It’s an honor to be in this great area, which I know so well. And we’re going to make three stops today. Big ones, big rallies, three big ones. Crowds have never been, I don’t think there’s ever been anything like this, this tremendous spirit. I hear we’re doing very well in Florida and we’re doing very well, I hear, every place else. So, thank you very much and you’re going to be very busy today, because we’re going to work you hard.” “Mr. President, who did you vote for today?” “I voted for a guy named Trump. Thank you very much, everybody.” 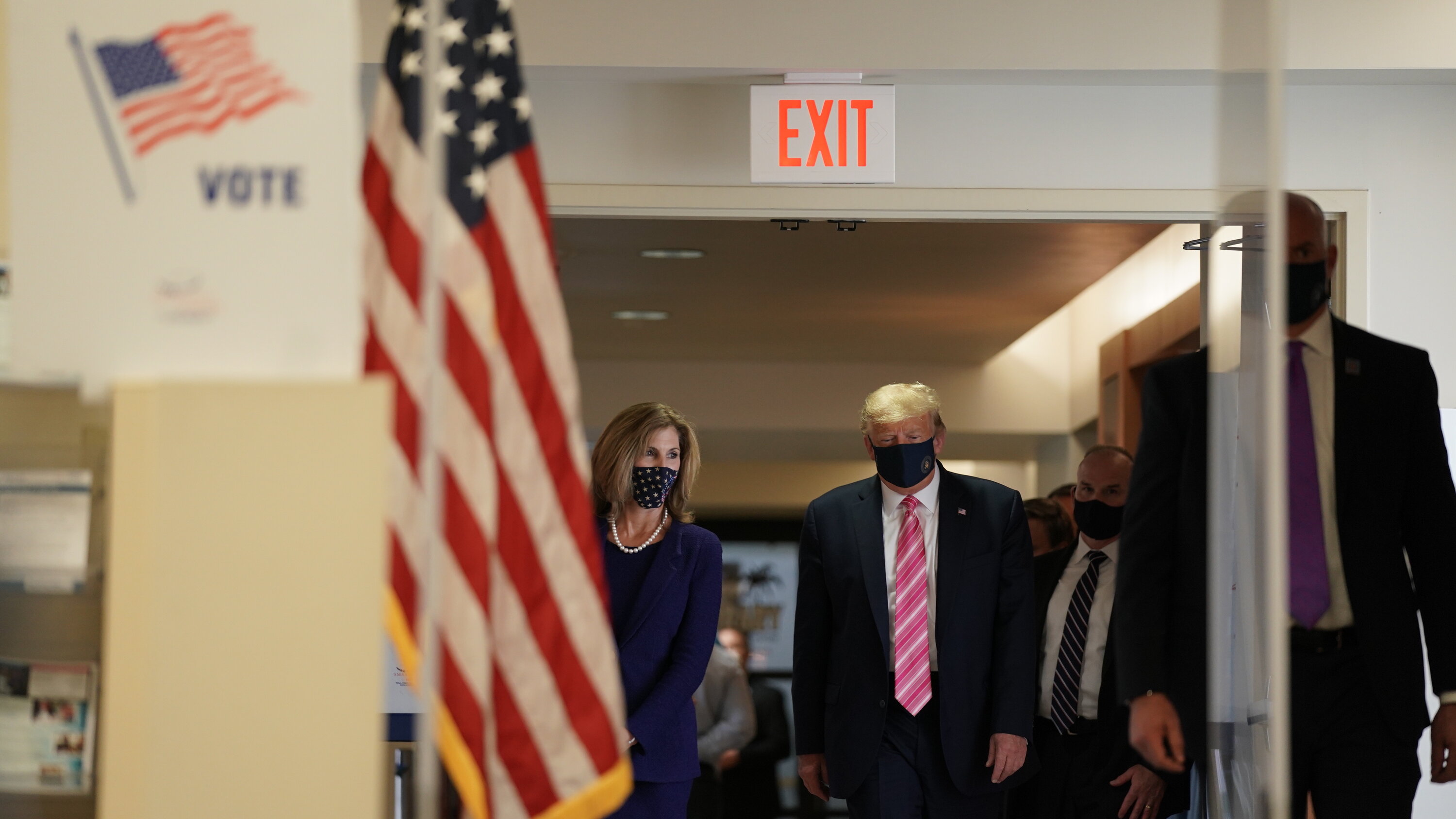 President Trump traveled to West Palm Beach, Fla., on Saturday morning to cast his ballot in the 2020 election early and in person after spending months making unsubstantiated claims about voter fraud during an election in which polls have shown him to be trailing Joe Biden.

Mr. Trump cast his ballot at the West Palm Beach Main Library, roughly a year after he changed his primary residence to Palm Beach, Fla., from Manhattan. Early voting centers opened in the critical battleground state on Saturday, but millions of Floridians have already cast their ballots by mail.

“I voted for a guy named Trump,” the president said, according to a pool report. Mr. Trump also noted that his experience had been “perfect” and that “it was a very secure vote.”

Mr. Trump wore a mask during the morning stop, the pool report also said. Kayleigh McEnany, the White House press secretary, told the pool reporter that there was no one else inside the library voting at the same time as Mr. Trump and that he had cast a paper ballot.

Mr. Trump cast a ballot by mail in August during Florida’s primary, despite having repeatedly argued, without evidence, that mail voting invites fraud. More broadly, Mr. Trump has asserted that the 2020 election will be “the most corrupt election in the history of our country.”

In fact, there have been numerous independent studies and government reviews finding that voter fraud is extremely rare in all forms, including mail-in voting.

On Saturday morning, the president’s motorcade departed Mar-a-Lago at 9:43 a.m. and arrived at the library roughly 10 minutes later. Mr. Trump’s supporters were waiting at the site and cheered his arrival, according to the pool report. The motorcade departed around 10:20 a.m. and was proceeding toward the Palm Beach airport.

The president is expected to appear later on Saturday in Lumberton, N.C., and then head to Ohio and Wisconsin, a trifecta of crucial swing states.