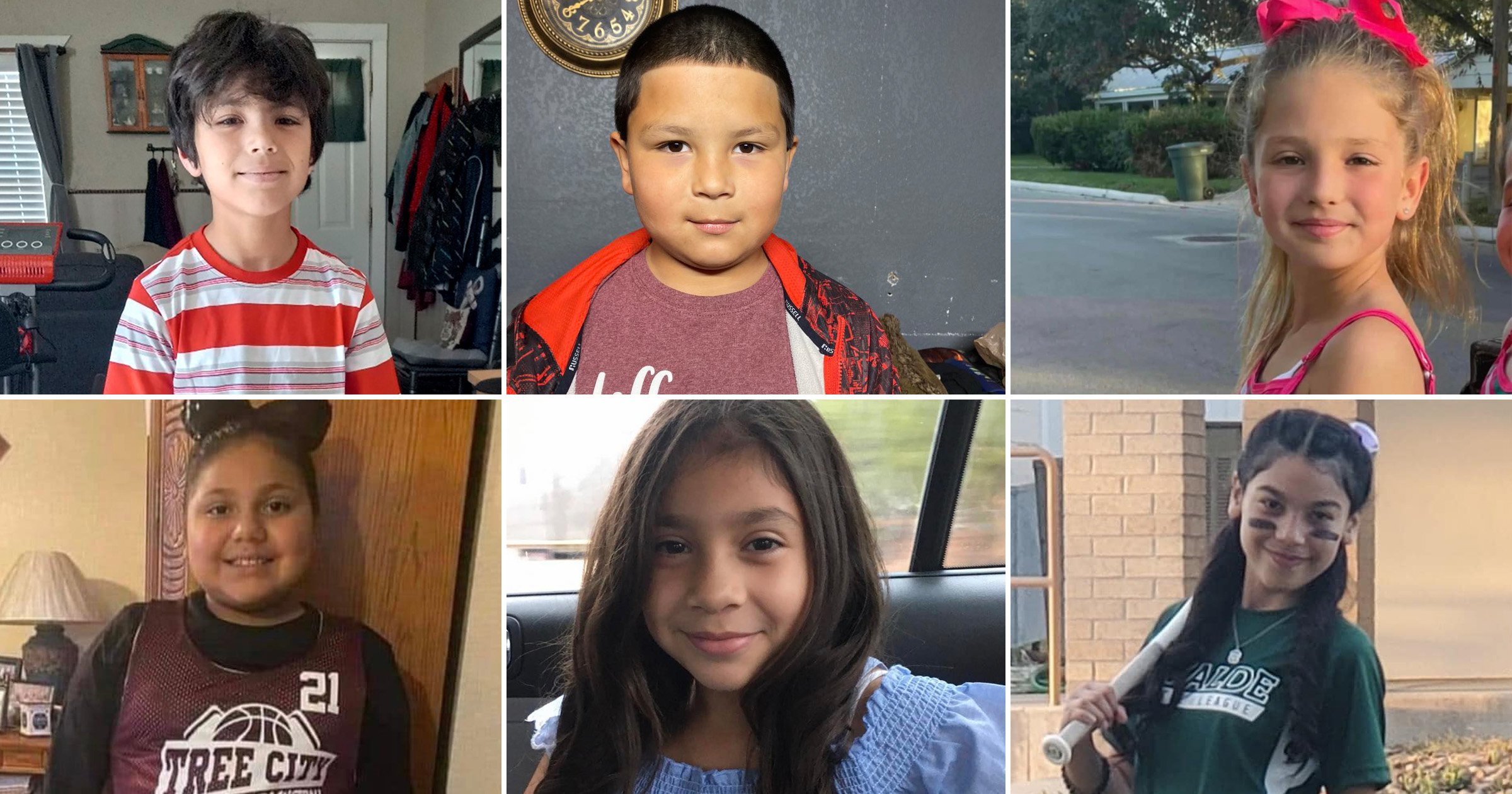 These are the first child victims to be identified after a teen gunman rampaged through an elementary school yesterday in Uvalde, Texas.

The boy’s mother had attended his awards ceremony just hours earlier, completely unaware it would be the last time she saw her child.

A GoFundMe page to raise money for his funeral has already raised nearly $43,000 in the space of four hours.

Also among the dead is nine-year-old Uziyah Garcia, who was reported missing before his family were broken the devastating news.

‘My nephew was a victim of a school shooting today,’ his uncle Mitch Renfro wrote on Facebook, adding that he ‘was killed by a crazy man.’

The parents of 10-year-old Makenna Lee Elrod, feared she may not have survived the massacre, and a family friend confirmed late last night that she’d died.

Her dad, Brandon Elrod, told KTRK he was ‘on the way to the funeral home’ because ‘we can’t find my daughter. It’s pretty sad what this world’s coming to.’

Pilar Newberry, whose daughter was in a tumbling class with Makenna, confirmed her death on Facebook hours later.

She wrote: ‘Sweet Makenna Rest in Paradise!! My heart is shattered as my daughter Chloe loved her so much!! I’ll never forget how excited she was to meet a new friend from a different school!

Just a few weeks ago she got a friendship bracelet from her at the ballpark and she wears it everyday! When she wakes up tomorrow she’s going to be devastated. Praying so hard for her sweet family!!!!’

Nevaeh Bravo, Eliahana Torres (also known as Elijah Cruz Torres) and Ellie Garcia have also since been confirmed among the child victims.

The teacher’s aunt Lydia Martinez Delgado told ABC News: ‘I’m furious that these shootings continue. These children are innocent. Rifles should not be easily available to all.

‘This is my hometown, a small community of less than 20,000. I never imagined this would happen to especially loved ones … All we can do is pray hard for our country, state, schools, and especially the families of all.’

The second slain teacher to be named is mother-of-four Irma Garcia, 46, who had been teaching for 23 years and spent her entire career at Robb Elementary.

Sharing news of her death on Facebook, her nephew John said: ‘My tia did not make it, she sacrificed herself protecting the kids in her classroom, i beg of you to keep my family including all of her family in y’all’s prayers , IRMA GARCIA IS HER NAME and she died a HERO. she was loved by many and will truly be missed.’

Authorities have said that 19 students and two adults were killed in yesterday’s mass shooting. In addition, Ramos was also shot dead by police.

It was the deadliest shooting at a US grade school since a gunman killed 20 children and six adults at Sandy Hook Elementary in Newtown, Connecticut, almost a decade ago.

Prospects of any reform of the US’s gun regulations seemed just as dim last night as in the aftermath of the 2012 massacre.

Just 11 days ago, a gunman in body armour killed 10 black shoppers and workers at a supermarket in Buffalo, New York, in what was believed to be a racist attack.

‘My heart is broken today,’ said Hal Harrell, the school district superintendent, announcing that all school activities were cancelled until further notice.

‘We’re a small community and we’re going to need you prayers to get through this.’

At around 11.32am local time, Ramos entered Robb Elementary after shooting his grandmother and crashing his vehicle near the school. An official said that he then proceed fire at ‘children, teachers, whoever was in his way’.

Texas Department of Public Safety Sgt. Erick Estrada said that on Tuesday night the grandmother was in a critical condition.

However other sources said he had two military style rifles that he’s purchased as soon as he became a legal adult.

‘That was the first thing he did on his 18th birthday,’ said state senator Roland Gutierrez.

Condemning the shooting last night, President Joe Biden said: ‘I had hoped when I became president I would not have to do this — again. Another massacre. Uvalde, Texas. An elementary school. Beautiful, innocent second, third and fourth graders.

‘And how many scores of little children who witnessed what happened — see their friends die, as if they’re in a battlefield, for God’s sake. They’ll live with it the rest of their lives.’

In the years since Sandy Hook, the gun control debate in Congress has waxed and waned.

Efforts by politicians to change US gun policies in any significant way have consistently faced roadblocks from Republicans and the influence of outside groups such as the NRA.