One dead after massive highway crash involving over 60 vehicles 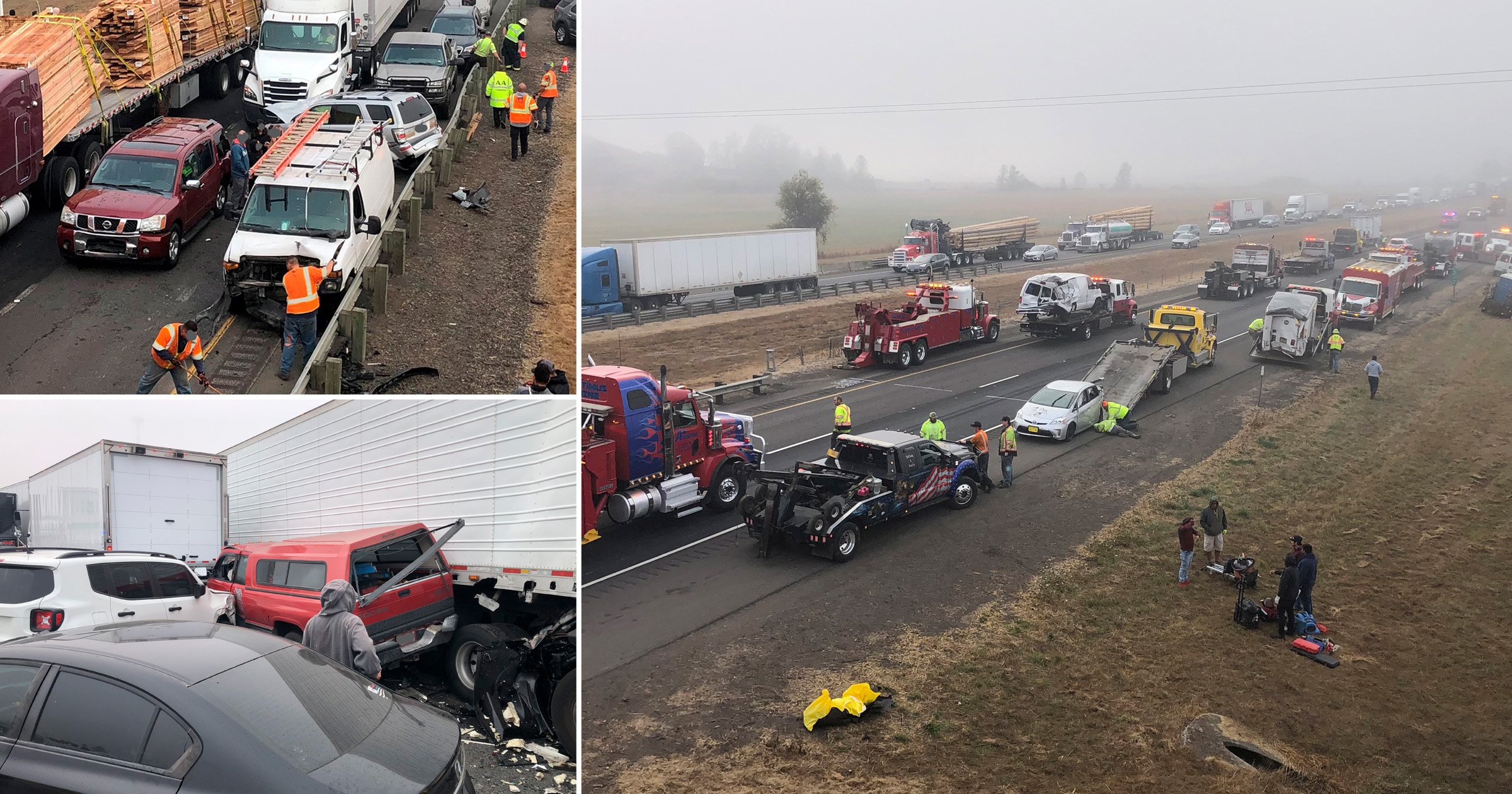 One person was killed in a massive highway crash involving over 60 vehicles, including 20 semitrailer trucks.

The pileup happened Wednesday on Interstate 5 in Oregon, involving cars traveling south from Albany to Eugene.

Heavy fog enveloped the area, forcing the Oregon State Police to close the entire southbound route in the area. Traffic was rerouted to local Highway 99E.

The crashed vehicles spanned over a mile of highway, the state police said. They estimated that about 45 cars were involved, as well as 15-20 commercial trucks.

About 30-40 motorists were stranded due to the accident. The Oregon Department of Transportation had to deploy school buses from Eugene to pick up the weary travelers.

Police also identified 6 semitrailers that began leaking fluid onto the roadway after the accident. The Department of Environmental Quality responded with a HAZMAT team.

No details have been released about the person killed. Investigators currently believe the heavy fog was the primary reason behind the crash.

Hours after the original crash, another portion of I-5 was closed when another semitrailer was jackknifed near Albany. Northbound traffic on the interstate was also slow moving at this point, the state police said.

Police estimated that the highway would be closed for ‘most of the day.’ The road was still closed as of Wednesday night.

As of Thursday, I-5 has reopened and shows little traffic near the crash site at mile marker 228, according to the Department of Transportation’s TripCheck website.

Wednesday’s incident is not the first deadly accident to happen on American highways this year.

In July, a former staffer for New York Governor Andrew Cuomo was killed by oncoming traffic after his Lyft driver kicked his party out of the ride.

In September, a semitrailer truck was sent careening off an overpass before catching on fire as it hit the ground.