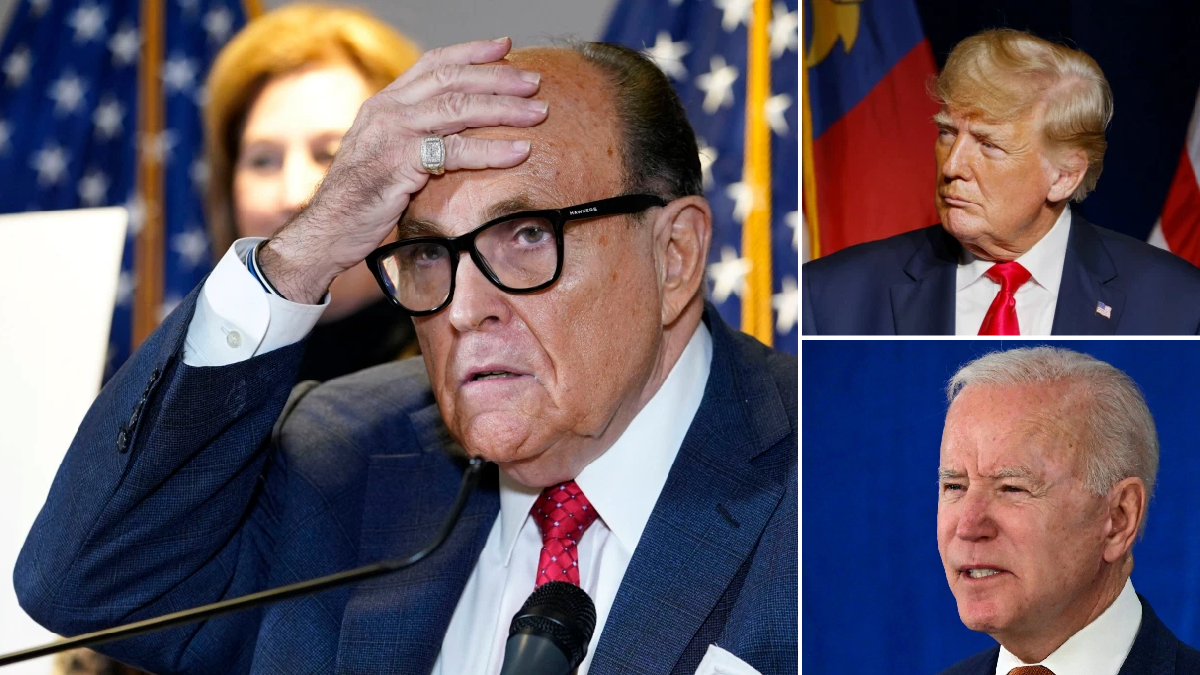 In the roughly 40-minute call, Giuliani relentlessly told Yermak that Zelensky should announce probes into baseless conspiracies of Biden’s corruption in Ukraine, as well as unfounded claims that Ukraine meddled in the 2016 presidential election to damage Trump.

‘All we need from the President (Zelensky) is to say, I’m gonna put an honest prosecutor in charge, he’s gonna investigate and dig up the evidence, that presently exists and is there any other evidence about involvement of the 2016 election, and then the Biden thing has to be run out,’ Giuliani said in the audio. ‘Somebody in Ukraine’s gotta take that seriously.’

Giuliani also suggested that if Zelensky launched the investigations, US-Ukraine relations would improve.

‘That would clear the air really well,’ Giuliani said in the recording. ‘And I think it would make it possible for me to come and make it possible, I think, for me to talk to the President (Trump) to see what I can do about making sure that whatever misunderstandings are put aside.’

Giuliani concluded: ‘I kinda think that this could be a good thing for having a much better relationship.’

The call occurred before Trump’s controversial phone conversation with Zelensky that became a focal point of the 45th president’s first impeachment trial. Trump was accused of soliciting Ukraine for help with his presidential campaign.

Giuliani’s call also goes against Trump’s numerous claims that there was no quid pro quo to provide Ukraine with US government support in exchange for hurting Biden.

There is an ongoing criminal investigation into Giuliani, including whether he violated laws around lobbying by asking former officials to find dirt on Biden and his son Hunter’s business deals in Ukraine.

Federal investigators in late April executed a search warrant on Giuliani’s Manhattan apartment over the criminal probe into his dealings with Ukraine. FBI agents seized Giuliani’s electronic devices, among other materials.

Giuliani, who is not presently Trump’s lawyer, responded at the time: ‘The only lawyers they raid are lawyers for Donald Trump. I can’t think of another lawyer that has been raided other than lawyers for Trump. Trump is in a special category because he doesn’t have constitutional rights.’