Take the Woolsey Fire in Southern California. Over the past few days, that inferno has killed two people, forced mass evacuations and destroyed hundreds of structures, affecting thousands of residents, including the many celebrities who live in wealthy enclaves west of Los Angeles.

There, the fire has already destroyed the homes of the singers Miley Cyrus, Neil Young and Robin Thicke and the actors Shannen Doherty and Gerard Butler.

“My house no longer stands but the memories shared with family & friends stand strong,” Ms. Cyrus said on Monday on Twitter.

“I am grateful for all I have left,” she added, expressing thanks to emergency responders and encouraging fans to donate to organizations assisting with the recovery.

Ms. Doherty, known for her roles in “Beverly Hills, 90210” and “Charmed,” wrote on Instagram about losing the home where she stayed after her father’s death and where she was later married.

“It’s the place I felt my dad with me,” she wrote. “It’s gone. Fire has taken it away. I’m devastated by all that’s happening. My heart is ripped apart.” 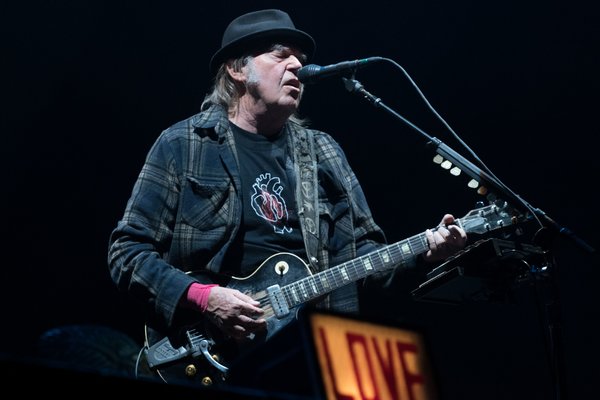 Mr. Young was pointed in writing about his loss, reportedly the second of his homes to be claimed by a California fire, taking President Trump to task for his misleading claim that poor forest management was to blame for the fires.

“As a matter of fact this is not a forest fire that rages on as I write this,” Mr. Young wrote, accurately, in a statement posted to his website. “We are vulnerable because of climate change.”

Mr. Butler, who starred in the movie “300,” posted video from his neighborhood, describing it as a “war zone.”

“I was one of the lucky ones, my home was only partially destroyed,” he wrote on Twitter. “A lot of people lost everything and will have to rebuild from scratch.”

On Instagram, Mr. Thicke expressed his thanks to firefighters and other rescue workers.

“As we drove to safety, they risked their lives trying to save our home,” he wrote. His partner, April Love Geary, shared photos of their destroyed house on Instagram, too.

And, in an interview with a local television news reporter, the actor Martin Sheen said he expected to find that his home had been destroyed.

“There’s little chance that our house has survived,” he said. “But we haven’t lost any lives, so we got that to be grateful for.”

Some celebrities who had evacuated described being uncertain of what awaited them back home and shared their pain, fear and frustration on social media. Cher described a “constant state of dread when I wake up.”

Many expressed condolences to those who have lost loved ones or homes in the fire and thanked emergency responders for their tireless work. “I’m so humbled by your bravery,” Lady Gaga said.

The actress and activist Alyssa Milano said on Twitter on Sunday that her neighborhood had been under a mandatory evacuation order since Thursday. She said her house was threatened by the fire, and thanked the emergency response workers.

“My heart will be with our firemen and those whose heart is continually skipping a beat during these fires,” she wrote. “I’m standing with you in solidarity.”

At the E! People’s Choice Awards on Sunday, the Kardashian family dedicated their award for reality TV show of 2018 to firefighters, law enforcement officials and others who have responded to the fires throughout California and the mass shooting on Wednesday at a bar in Thousand Oaks.

Have you had to flee the California wildfires? We want to hear from you.