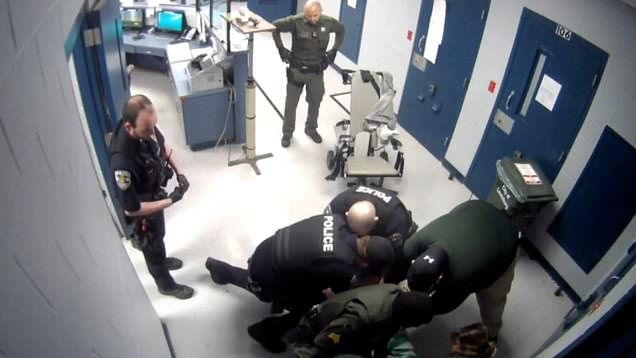 Shocking surveillance footage shows several police officers restraining and kneeling on an inmate who repeatedly cried ‘I can’t breathe’ – and responding that he ‘shouldn’t be able to breathe’. William Jennette, a 48-year-old father of five, died minutes later.

Video of the May 2020 struggle at Marshall County Jail in Lewisburg, Tennessee, was released this week through a public records request from WTVF. The five-minute-long recording shows a deputy who looks bigger than Jennette grab the front of his uniform with both hands and push him, causing him to hit a wall.

Jennette was refusing to follow orders to get into a restraint chair, which he had been on the prior day after hitting his head against the wall of his jail cell. The cement truck driver had been behind bars for two days after public intoxication, indecent exposure and resisting arrest, stated jail logs obtained by the TV station. Jennette reportedly experienced hallucinations and was detoxing.

The footage shows Jennette yelling that jail deputies are trying to kill him as Lewisburg police officers tackle him to the ground and handcuff him facedown. A few cops kneel on his back and hold his arms and legs. 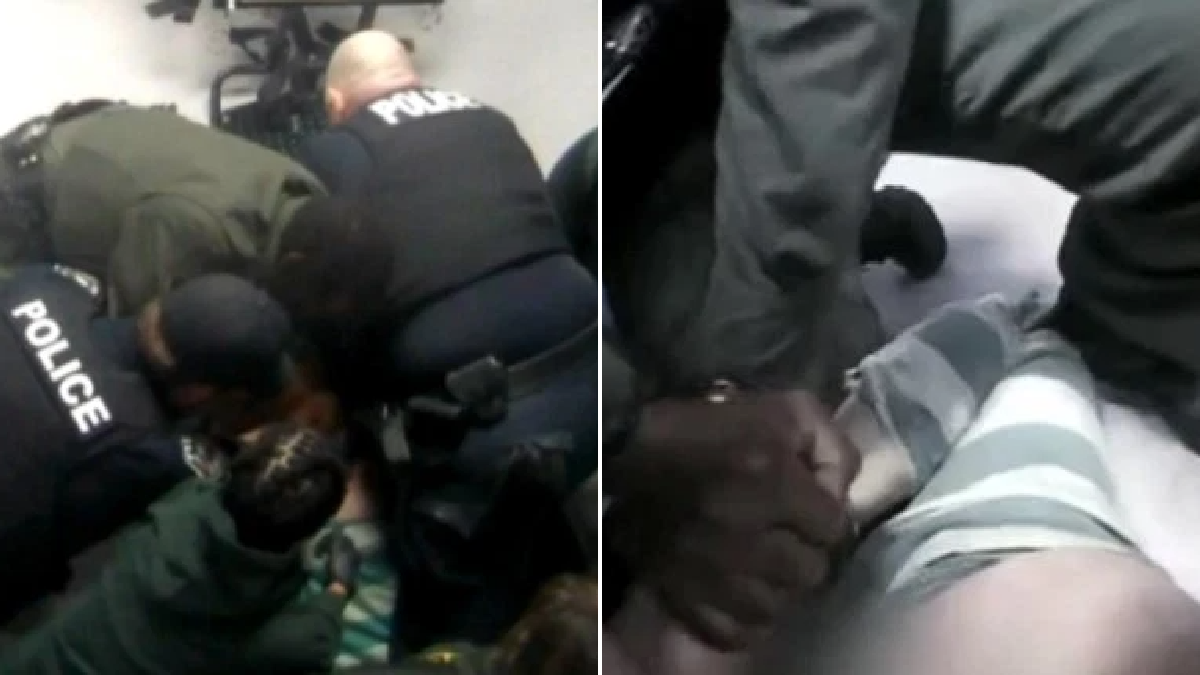 ‘Stay down, you stupid son of a bitch,’ officer Christopher Stallings says, according to a wrongful death lawsuit obtained by Law & Crime. A cop calls for ‘leg restraints’.

Then a female officer, identified as Kendra Burton in the suit, says: ‘You shouldn’t be able to breathe, you stupid bastard.’

After a few minutes of Jennette gurgling with his legs and arms bent backward, an officer can be heard saying, ‘Easy, easy, remember asphyxiation, guys’.

Stallings then remarks: ‘That’s why I’m not on his lings.’

Stallings snaps back: ‘No, you ain’t good, you’re going to lay right there for a fucking minute.’

Jennette’s cause of death was ‘acute combined drug intoxication’ and ‘asphyxia’, or a deprivation of oxygen, was a ‘contributory cause of death’, according to a county medical examiner report. His death was ruled a homicide.

However, a grand jury decided not to bring charges against the officers.

Jennette’s daughter Dominique Jennette has filed a federal wrongful death lawsuit against the cops, the city and county.

County defendants responded that officers ‘Miller, Burton, Summers, and Owens did not use any force on Mr Jennette other than was necessary to gain control as he fought, bit, kicked and struggled against being detained’.

Former police officer and law professor Seth Stoughton told WTVF that the cops’ behavior was ‘the exact opposite of what generally accepted training has taught officers for the last 25 years’.

Jennette appears to have died in a manner similar to black man George Floyd, who was under the knee of convicted murderer, former Minneapolis police officer Derek Chauvin, for minutes also in May 2020.