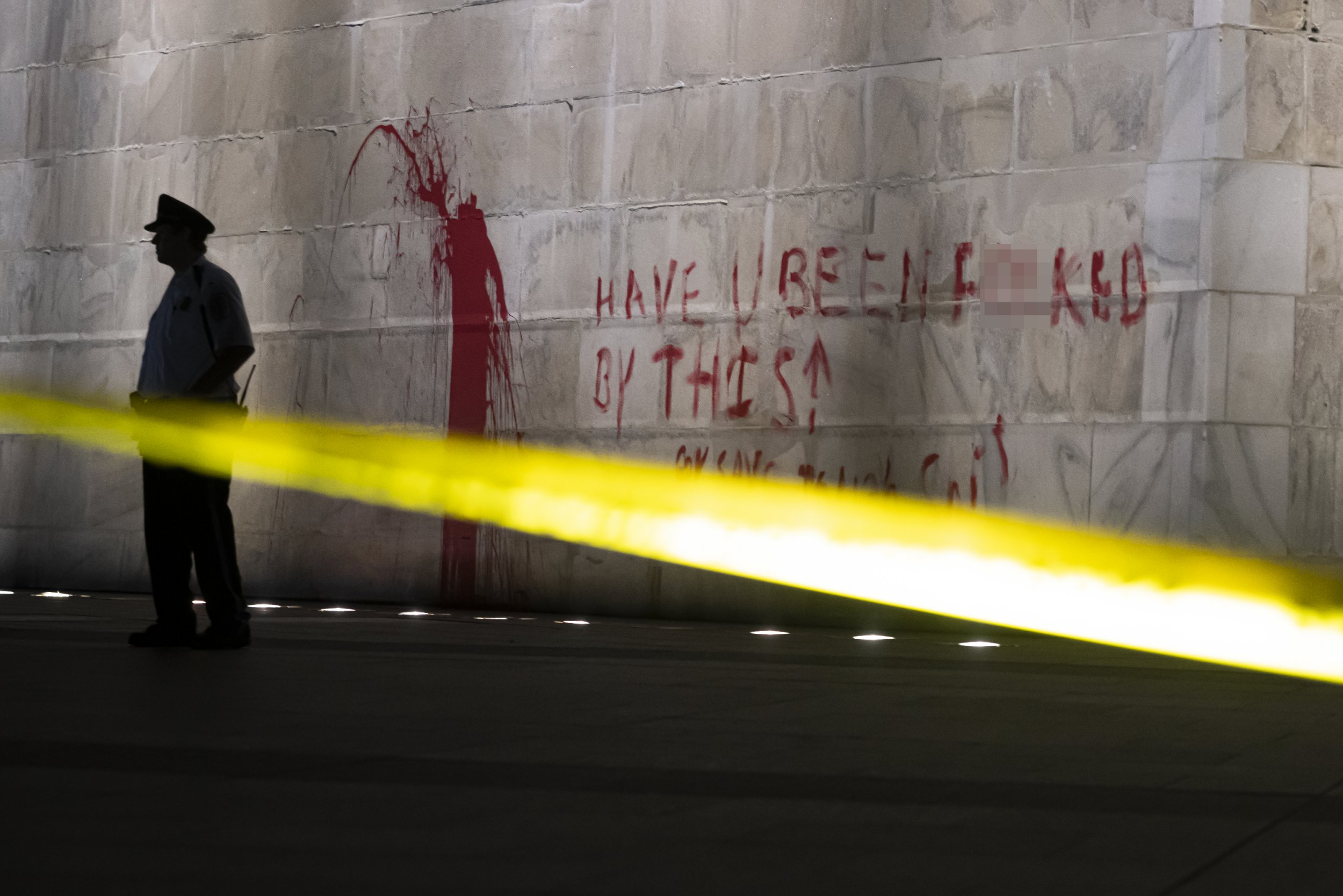 A man was arrested Tuesday night for vandalizing the Washington Monument, police said.

US Park Police arrested Shaun Ray Deaton around 7.30pm for allegedly dumping a bucket of red paint and writing a message at the base of the iconic pillar on the National Mall.

Deaton, 44, was charged with trespassing, tampering, and vandalism. He is from Bloomington, Indiana.

The incident is still under investigation and could result in more charges against Deaton, police said.

‘Area around base of the Washington Monument temporarily closed,’ the Park Police stated on Twitter. ‘USPP have adult male in custody for vandalism. NPS conservators will work on restoration process.’

The message appears to say: ‘Have you been f—– by this’ and ‘Gov says tough s—.’

On Wednesday morning, the National Park Service (NPS) shared photos of workers cleaning up the vandalism and reopening the monument.

‘At first light, our Monument Preservation crew got to work on the Washington Monument, after it was defaced with red paint last night,’ the agency stated. ‘The top layer of paint is coming off and the pigment that seeped into the stone will be treated with many rounds of cleaning product application.’

Despite the damage, the NPS was able to reopen the monument that same morning. ‘We were able to work very quickly,’ the NPS told Metro.co.uk.

National Park guides were able to start giving tours again around 9.00am, the agency said.

By 9.30am on Wednesday, the message and most of the paint had been scrubbed off. ‘A week of sunlight will also help return the monument to its usual impressive state,’ the NPS said.

The Washington Monument is an almost 555-foot obelisk that was finished in 1884 to commemorate first US President George Washington.

It was briefly the tallest man-made structure in the world, until the Eiffel Tower was finished in 1889.