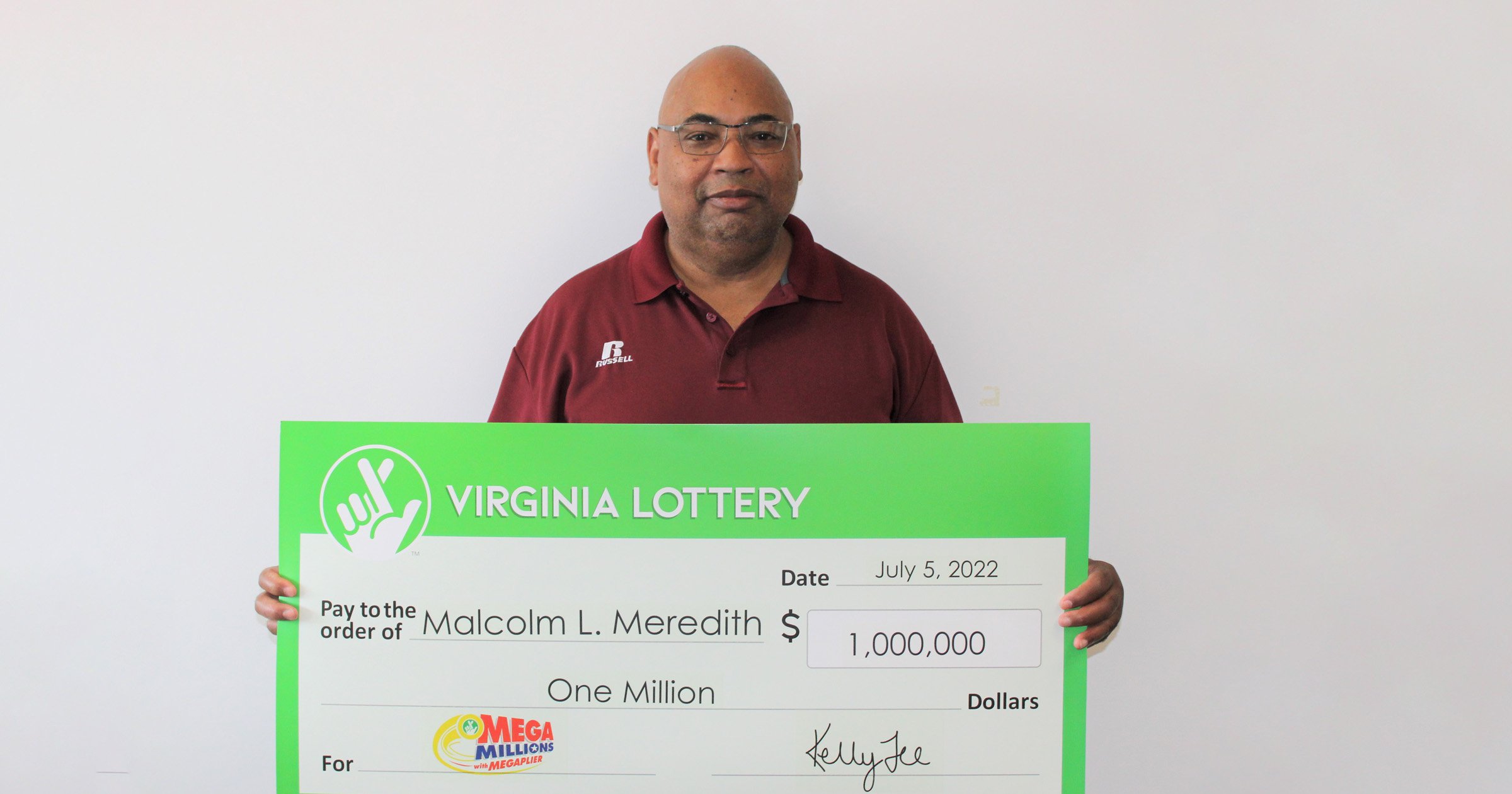 A Mega Millions player who was just one number away from the jackpot narrowly missed a smaller, but still hefty prize.

Malcolm Meredith showed his lottery ticket from the May 20 drawing to someone, who has not been named, and was told his ticket was no good, according to the Virginia Lottery.

Meredith’s ticket, with numbers randomly selected by a computer through Easy Pick, matched the first five winning figures: 33, 40, 59, 60 and 69. He only missed the Mega Ball number, which was 22.

Instead of throwing his ticket away, Meredith kept it. He checked it again a few weeks later, and believed he may have won something.

‘I was hoping and praying!’ Meredith told lottery officials.

Meredith took his ticket to the Virginia Lottery’s customer service center in Woodbridge, and found out he won one million dollars.

It was the only ticket in the US to match the first five numbers in that particular drawing, according to lottery officials. If Meredith had gotten the correct Mega Millions number as well, he would have won the jackpot of about $131million.

The Harris Teeter supermarket where Meredith bought his ticket, at 10060 Market Circle in Manassas, was rewarded a $10,000 bonus for selling it.

The jackpot grew to the second-largest Mega Millions of all time, $1.28billion, with one lucky player from Illinois winning it on July 29. It reached that amount because no one had matched all six numbers since April 15, in 29 consecutive draws.

It was the third-largest lottery prize in US history. The biggest jackpot ever was claimed in 2016, a Powerball game that hit $1.586billion and was shared among winners in California, Florida and Tennessee.