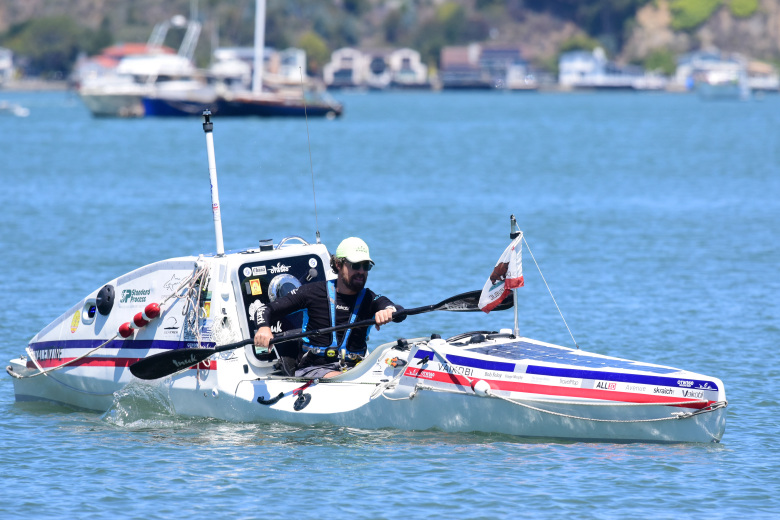 A man has set off on a solo 2,400-mile kayaking journey from California to Hawaii that could possibly set a Guinness World Record. Cyril Derreumaux, 44, paddled out of San Francisco Bay before the break of dawn on Monday and is set to be out at sea for at least two months.

Derreumaux will travel on his kayak for 60 to 70 days by both paddling and pedaling. When he arms get tired, he plans to pedal on his custom-built, 22-foot kayak which has room for him to sleep as well as take shelter from the elements.

He would set a world record if he completes the trip from Sausalito to Hawaii in 64 days.

‘No fears,’ Derreumaux said early Monday, according to NBC Bay Area. ‘I’ve prepared. I feel serene. I feel ready. I’ve been waiting for this day. Conditions are perfect. The boat is ready. I’m ready.’

Derreumaux, who is from France but moved to Larkspur, aims to travel 40 to 60 miles daily and consume 6,000 calories each day, according to ABC30. His food is a combination of freeze-dried meals and energy bars.

He is equipped with an emergency locator beacon. He will also stay tethered to his kayak at all times.

It is not Derreumaux’s first time traversing the Pacific. In 2016, he and some teammates won first place in the Great Pacific Race, which is a rowing competition from Monterey, California, to the island of Oahu. The team completed the feat in less than 40 days and set a Guinness World Record, according to KRON4.

Derreumaux is confident about doing it on his own.

‘I love people, I love the support,’ he said. ‘I love humans’ passion. It’s very raw right now and I love it. I love it. I live for this.’ 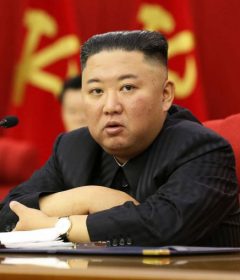 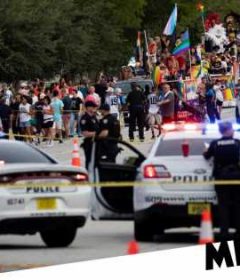