In a graduation speech, Paxton Smith, 18, of Dallas said the new law, which bans abortion after six weeks of pregnancy, was “a war on my body and a war on my rights.” 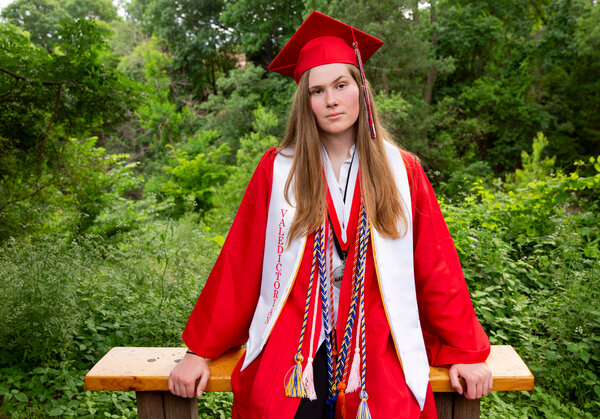 Paxton Smith, the valedictorian at her Dallas high school, had planned to deliver a speech about the news media at her graduation. But when she got onstage at Lake Highlands High School on Sunday, she instead used her three minutes at the podium to address what she saw as a greater issue: the new abortion law in Texas.

The law, which goes into effect on Sept. 1, bans abortions after six weeks of pregnancy, regardless of whether the pregnancy was a result of rape or incest. The legislation, also known as the “heartbeat law,” is among the most restrictive abortion measures in the country.

Facing what appeared to be a crowd of thousands, including students, families and administrators, gathered at her school’s football stadium, Ms. Smith, 18, spoke out against the law and the impact she said it would have on women, saying that a “decision that will affect the rest of their lives” had been “made by a stranger.”

“I have dreams and hopes and ambitions. Every girl graduating today does,” she said. “And we have spent our entire lives working toward our future, and without our input and without our consent, our control over that future has been stripped away from us.”

Like the legislation, which drew support from anti-abortion groups and condemnation from abortion rights activists, Ms. Smith’s speech drew strong reactions from both sides of the debate over abortion rights.

The Richardson Independent School District said in a statement that it would review student speech protocols before graduation ceremonies next year.

“The content of each student speaker’s message is the private, voluntary expression of the individual student and does not reflect the endorsement, sponsorship, position or expression of the District or its employees,” it said, according to The Associated Press.

The speech was covered in the national and international news media, and a video of it was shared widely on social media.

Ms. Smith said in an interview that, as she was speaking, she noticed a woman at the side of the stage “aggressively” signaling for her microphone to be cut off. It was not.