Fleeing segregated Albama, she found revolution in Costa Rica and married its future president. She then pushed him to grant women and minorities the right to vote. 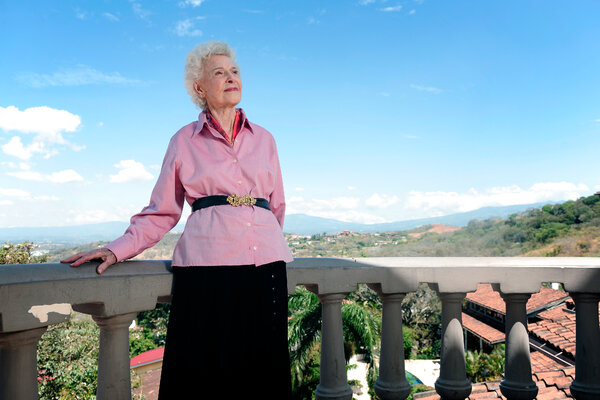 This obituary is part of a series about people who have died in the coronavirus pandemic. Read about others here.

Henrietta Boggs, a young college student from Alabama, stared into a volcano in Costa Rica as she mulled over a marriage proposal from Jose Figueres Ferrer, a coffee farmer with electric blue eyes. He stood beside her while the wind whipped around them and smoke clouded the air.

“Will marriage to you be like this volcano?” she asked.

“Marriage to me will be much worse,” he answered. “But I can guarantee, you will never be bored.”

That was all Ms. Boggs needed to hear to cast aside her cosseted Southern upbringing. The two married in 1941, and after a few years in exile and then a revolution, he would become president of a governing junta in Costa Rica. As first lady, she would help win its female and minority citizens the right to vote.

Ms. Boggs, whose life spanned more than a century and crossed multiple cultures, passions and avocations, was 102 when she died on Sept. 9 at her home in Montgomery, Ala.

She had been born during the influenza pandemic of 1918, which killed 50 million people worldwide. She died in the current pandemic: The cause was the novel coronavirus, according to her daughter, Muni Figueres, a former Costa Rican ambassador to the United States.

Where Ms. Boggs picked up the virus remains a mystery. “We have traced everyone who was with her, and they all tested negative,” Ms. Figueres said in a phone interview. Her mother’s activities on one recent day were unaccounted for. “But she had not been ill,” her daughter said, and she had not gone to the hospital.

Over the course of her long life, Ms. Boggs — a woman with a sharp wit, an aristocratic bearing and a sense of adventure remarkable for her time and place — assumed celebrity status in Alabama.

At every turn she challenged the segregated and patriarchal society in which she was raised. As a youth, she cut church on Sundays and sneaked off to the drugstore for Cokes and cigarettes. As a young woman traveling in Latin America, she wrote to her hometown newspaper, The Birmingham News, with detailed descriptions of the poverty and deprivation she witnessed.

As an older divorcée living in a white neighborhood in Montgomery, Ms. Boggs rented out her guesthouse to Bryan Stevenson, a Black lawyer who was just starting his Equal Justice Initiative, a now 31-year-old legal advocacy group that works to end mass incarceration; he inspired a slavery museum and memorial to lynching victims in Montgomery.

“You don’t let things happen,” Ms. Boggs was fond of saying. “You shape them.”

Her romance with Mr. Figueres, which she described in her memoir, “Married to a Legend: My Life with Don Pepe” (1992), took place largely on the back of his Harley-Davidson motorcycle as they roared across Costa Rica’s volcanic terrain. Her parents were horrified that she wanted to marry him.

“They thought the only worthwhile people were white, Protestant Southerners,” Ms. Boggs told Andrea Kalin, a filmmaker who made a documentary about her called “First Lady of the Revolution” (2016). 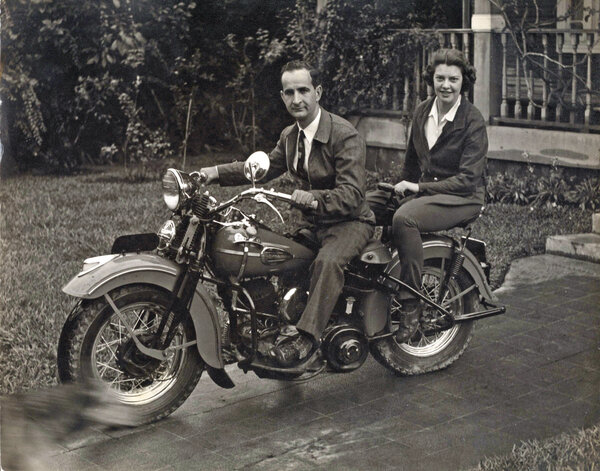 The marriage catapulted Ms. Boggs, a prolific writer, into a drama she could never have scripted. After her husband was exiled from Costa Rica, they traveled in Latin America and Mexico as an ordinary couple researching coffee production by day while holding clandestine political meetings by night. At the same time, they were smuggling arms back to Costa Rica for its brewing revolution.

“They had a keen intellectual synergy,” Ms. Kalin said in a telephone interview. “Henrietta was a force.”

Mr. Figueres led the opposition forces during the country’s four-year civil war, and Ms. Boggs was often on the run with their two young children. One particularly harrowing passage had them escaping flying bullets as they made their way across the Cerro de la Muerte, the “Mountain of Death.”

Mr. Figueres led the victorious ruling provisional junta for 18 months, from 1948 to 1949. With Ms. Boggs as his full intellectual partner, he established a democracy and enacted economic reforms modeled on those of Franklin D. Roosevelt during the Depression. Under pressure from his wife, he granted women and Afro-Costa Ricans the right to vote.

“I remember repeatedly yapping at my husband, ‘How can we call ourselves a democracy if we don’t allow half the population to vote?’” she recalled. He gave in, she said, just to get her off his back.

But 10 years in, the marriage waned. “Increasingly I felt that I was being marginalized,” she said in the documentary, “and no matter what happened, nothing would absorb him as much as politics.”

She divorced Mr. Figueres in 1951, moved with their children briefly to Birmingham, then relocated to New York City, where she worked for the Costa Rican Mission to the United Nations.

Ms. Boggs was drawn back to Alabama temporarily in 1956 to support the Montgomery bus boycott, the protest by Blacks against segregated seating. Ms. Boggs was one of many volunteers who drove protesters to their jobs so that they could continue to avoid using the buses. The U.S. Supreme Court ultimately struck down segregated seating, an early victory for the civil rights movement.

Ms. Boggs moved back to New York and spent time intermittently in Paris, where her daughter was studying. She then received a letter from an old friend from high school, Hugh C. MacGuire, a prominent surgeon in Montgomery. He suggested that she look him up when she came back to the states. In 1965, she did, and they married the same year.

Dr. MacGuire was also a pilot, and when he needed a co-pilot, his wife took flying lessons and earned her license.

She often said that there were two kinds of people in the world (making clear which group she belonged to) — those who are content where they are, and those who say, “Let’s go and see what’s on the other side of the hill.”

Henrietta Longstreet Boggs was born on May 6, 1918, in Spartanburg, S.C., the oldest of five children. Her father, Ralph E. Boggs, was a civil engineer. Her mother, Mary Esther (Long) Boggs, was a homemaker.

Her father thought his job prospects were better in Birmingham, then a booming steel town, and in 1923 he moved the family to Alabama and started a construction business.

Henrietta attended Birmingham-Southern College and studied English. But she saw her world as narrow and intolerant, she said in the documentary, with a code of unwritten rules: “Do not question. Do not doubt. Close your mind. And believe what you’re supposed to believe. The Southern way of life was something sacred.”

That restlessness led her to Costa Rica. An aunt and uncle had retired there and bought a coffee farm, and in 1940, after her junior year, Ms. Boggs left college to visit them. There she met Mr. Figueres, who was doing business with her uncle. Invited to lunch to discuss a coffee deal, by her account, he fell for her at first sight.

After his provisional presidency, Mr. Figueres was elected president twice more, in the 1950s and the 70s. He died in 1990.

In addition to her daughter, Ms. Boggs is survived by her sister, Lucy Boggs Dustheimer, as well as 10 grandchildren and 15 great-grandchildren. Her son, Jose Marti Figueres, died in 2019. She and Dr. MacGuire divorced in 1985.

Still going strong in her late 70s, Ms. Boggs co-founded a magazine called Montgomery Living in 1996. Though she sold it, and it is now called ALMetro360, she continued to write for it. Her last article is to be published posthumously.

And she did volunteer work for numerous civic, nonprofit and charitable organizations.

“She was committed to women’s rights, to combating racism and promoting social and humanitarian justice,” her daughter said. “To the end, she fought for all of those things.”