Home » Americas » He Was Sentenced to Life for Selling Crack. Now Congress Wants to Reconsider.

He Was Sentenced to Life for Selling Crack. Now Congress Wants to Reconsider.

Edward Douglas is serving a life sentence for selling crack cocaine. He cannot go to church with his mother, a pastor in Chicago. He cannot take his grandchildren to the park. He dreams of working as a mechanic again.

Under bipartisan criminal justice legislation that won final approval by Congress on Thursday, Mr. Douglas, 55, could have his sentence reduced to less time than he has already served. He was convicted at a time when crack cocaine offenses were handled far more harshly than those involving powder cocaine.

The disparity, now widely viewed as scientifically unwarranted and racially discriminatory, prompted mandatory minimum sentences for a far smaller amount of crack, more common in black communities, than powder, more common among whites. Even the judge who presided over Mr. Douglas’s case says he believed the mandatory life sentence was unfair.

Tens of thousands of people were sentenced under the harsher mandatory minimums for crack. But the change that could help Mr. Douglas has been so long in coming that relatively few of them remain incarcerated. No more than 2,660 federal inmates will potentially be eligible for sentence reductions under the change, according to the United States Sentencing Commission. Almost nine in 10 of them are, like Mr. Douglas, black.

Though his case is an illustration of the disparity’s pernicious effects, the fact that he is still in prison is also evidence of the half-measures, compromises and limited bureaucratic directives that resulted from a quarter-century effort to correct it.

“A fair number of the people who are in there are people who literally missed every other retroactive reform to the crack sentencing over the years,” said Molly Gill, a former prosecutor who is now the vice president for policy at Families Against Mandatory Minimums, a nonprofit group in Washington.

The First Step Act would provide more education and treatment to prisoners and expand early-release programs while shortening some sentences.

The changes took one more crucial step toward becoming law on Thursday when the House, in one of its final votes of the year, overwhelmingly approved the First Step Act, 358 to 36. Having passed the Senate by a wide margin this week, the bill only awaits President Trump’s signature to become law.

In addition to the 2,660 inmates potentially affected by the change on cocaine, a change in the way “good time” is calculated could result in the release of another few thousand prisoners, out of about 180,000 in the federal prison system. Going forward, the law would mean shorter sentences in about 2,000 cases each year and the potential to earn a few days more “good time” each year for 85 percent of inmates.

“This is simply an ‘M’ and ‘M’ issue — money and morals,” said Representative Doug Collins, Republican of Georgia and one of the leading conservative advocates of the bill in the House. “It is about doing good with the taxpayer dollar and also giving people a chance from a moral perspective to have a second chance.”

While many supporters have heralded the legislation, they acknowledge that it is modest. Some have complained that it excludes too many people, including those convicted of violent crimes, and criticized compromises like one that limited a “safety valve” that would give judges more discretion.

But it does make retroactive a 2010 law that reduced the crack cocaine disparity.

The 100-to-1 disparity for crack became a signature policy of the war on drugs in 1986, when Congress approved mandatory minimum sentences that were tied to drug quantities.

From the beginning, it was arbitrary. Lawmakers first considered a 50-to-1 difference — in other words, it would take only five grams of crack to provoke the same penalty as 250 grams of powder. But with bipartisan fervor, they opted to make the ratio 100-to-1, a former congressional aide later recalled, “simply to symbolize redoubled congressional seriousness.”

Even while the crack epidemic still raged, the disparity was criticized as unfair. In 1995, the Sentencing Commission, responsible for developing guidelines for judges to use when determining punishments, said it created “anomalous results” and recommended its elimination. Congress refused. 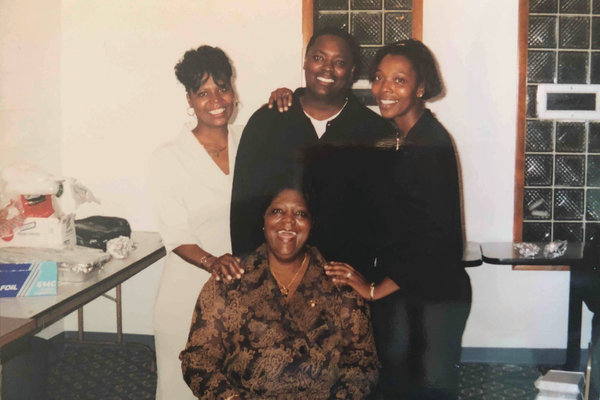 When bills to reduce the disparity began to circulate, there was little talk of making the change retroactive. In the Senate, one of the first proponents of change was Jeff Sessions, a Republican from Alabama, who later became Mr. Trump’s first attorney general. But Mr. Sessions’s bill did not make the change retroactive, and advocates did not believe it would be politically feasible to do so, said Kara Gotsch, the director of strategic initiatives for the Sentencing Project, a group that advocates improvements to the criminal justice system.

In 2010, Congress agreed to lower the ratio to 18-to-1, passing the Fair Sentencing Act. The change was not retroactive.

Still, an adjustment to sentencing guidelines helped more than 7,700 crack cocaine offenders have their punishments reduced by an average of 30 months. There was no difference in recidivism rates between people who completed their original sentences and those who had theirs reduced.

But attempts to make the Fair Sentencing Act retroactive, even for those who had not yet been sentenced when the law went into effect, were met with resistance. Mr. Sessions opposed it — in part because “the equivalent of four U.S. Army brigades” would be released — as did, initially, the Justice Department under President Barack Obama.

But Mr. Obama denounced the old sentencing rules, and in 2014 announced a clemency initiative for people whose sentences would have been shorter if their crimes had come later, commuting the sentences of nearly 1,700 people. Almost two-thirds of them had been convicted of crack cocaine trafficking, according to an analysis by the Sentencing Commission, but there were many more drug defendants — nearly 2,600 — who met the criteria outlined by the Justice Department but did not get clemency.

“It was a tremendous missed opportunity to correct the injustice of not making the 2010 act retroactive,” said Margaret Love, the executive director of the Collateral Consequences Resource Center and a former United States pardon attorney.

Mr. Douglas was among those denied.

He was affected not only by the crack-powder disparity, but also by the three strikes law for drug offenders.

Both those cases were viewed as so minor that he was given probation instead of prison time. In 2001, though, an acquaintance called and asked to buy crack. Mr. Douglas made a sale of 140 grams and was soon arrested. The buyer had been a federal informant.

Before his third conviction, Mr. Douglas worked servicing subway cars for the Chicago Transit Authority, a job he said he came to love. He continued working even after his arrest, while awaiting trial.

He lost his case, and received a mandatory life sentence because it was his third drug conviction. “He got hit from both sides, the intersection of two unfair sentencings,” said MiAngel Cody, the co-founder of the Decarceration Collective, an advocacy and legal group in Chicago, and Mr. Douglas’s lawyer. “Those two strikes were not even federal cases. He went from zero to life in an instant.”

Mr. Douglas now spends his time as productively as he can, mentoring other prisoners, helping them get their high school equivalency diplomas, and counseling those who are on suicide watch.

“Just looking at my mother and all the sacrifices that she had to make, that’s what makes me brave,” he said on Wednesday in a conversation taped by his lawyer.

As Ms. Cody interprets the new legislation, Mr. Douglas would have had to have sold 280 grams of crack, twice as much, to receive a mandatory life sentence. Should the act become law, Mr. Douglas would have to petition a federal judge for a change of sentence. If the current federal law had been in effect when Mr. Douglas was sentenced, he would have most likely received a prison term of about 10 years, according to Ms. Cody. He has served more than 15.

The original judge in his case, Michael P. McCuskey, has retired because he had grown weary of mandatory sentences, he said. “There is no way I would have sentenced Edward Douglas — and I remember him — to life if I had discretion,” Mr. McCuskey said. “It made me sick.”

Simpsons actor says he will no longer voice Apu