For three and a half years, the murder of a Chinese-American teenager who was set on fire and burned alive in her family’s Colorado home has confounded investigators.

But now, as the federal government focuses on a spate of attacks targeting Asians, the 2017 killing of the teenager, Maggie Long, is being investigated as a hate crime, the local sheriff and one of Ms. Long’s sisters said in interviews on Tuesday.

They said that they had recently been informed by the F.B.I. that the scope of its investigation had evolved to take into account that the killing of the 17-year-old high school student might have been racially motivated.

“They have reclassified it as a hate crime,” said Sheriff Tom McGraw of Park County, Colo. 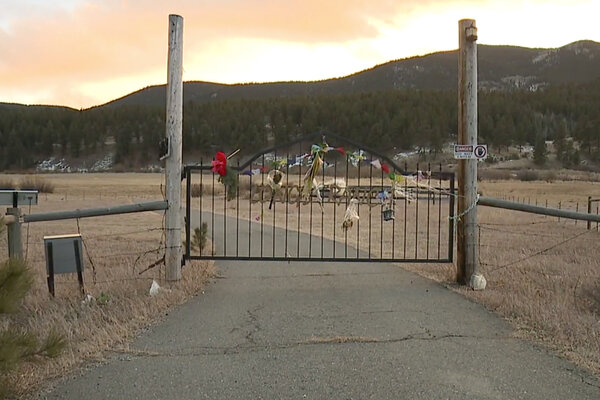 Sheriff McGraw referred further questions on the hate crime aspect of the investigation to the F.B.I., which did not respond to several requests for comment on Tuesday and Wednesday.

The Denver television station CBS4 reported the development on Monday, with the bureau telling it that the killing was being looked at as a “hate crime matter.” The bureau did not provide additional details on the case.

Maggie’s sister Connie Long said in an interview on Tuesday that she was told by an investigator with the bureau that the decision to treat the homicide as a hate crime was a tactical one that would provide law enforcement officers with more money and resources to try to solve the case. It was not prompted by a specific development in the case, she said.

“With the media attention on anti-Asian hate in the country, there has been another look at our case with that lens,” Ms. Long, 27, said. “It is definitely a new angle that may bring new answers.”

The development came during a week in which the U.S. House of Representatives overwhelmingly approved a measure that is intended to bolster protections for people of Asian descent, who have been increasingly targeted for attack since the start of the coronavirus pandemic.

Passed last month by the Senate, the anti-Asian hate crimes bill is expected to be quickly signed by President Biden. It creates a position at the Justice Department to streamline the review of hate crimes and expand the channels to report them.

On the night of Dec. 1, 2017, sheriff’s deputies responded to a fire at the Longs’ home in Bailey, a small town in the mountains about 45 miles southwest of Denver, the authorities said. Emergency responders had reported receiving a 911 call that people had caused damage inside the home.

When firefighters put out the blaze, they discovered Maggie’s remains, according to the authorities, who said that they found evidence of a physical struggle.

A Beretta handgun, an AK-47-style rifle, 2,000 rounds of ammunition and jade figurines had been stolen from the residence, according to the F.B.I.’s Denver field office, which released composite sketches of three male suspects in November 2019.

A Rise in Anti-Asian Attacks

A torrent of hate and violence against people of Asian descent around the United States began last spring, in the early days of the coronavirus pandemic.