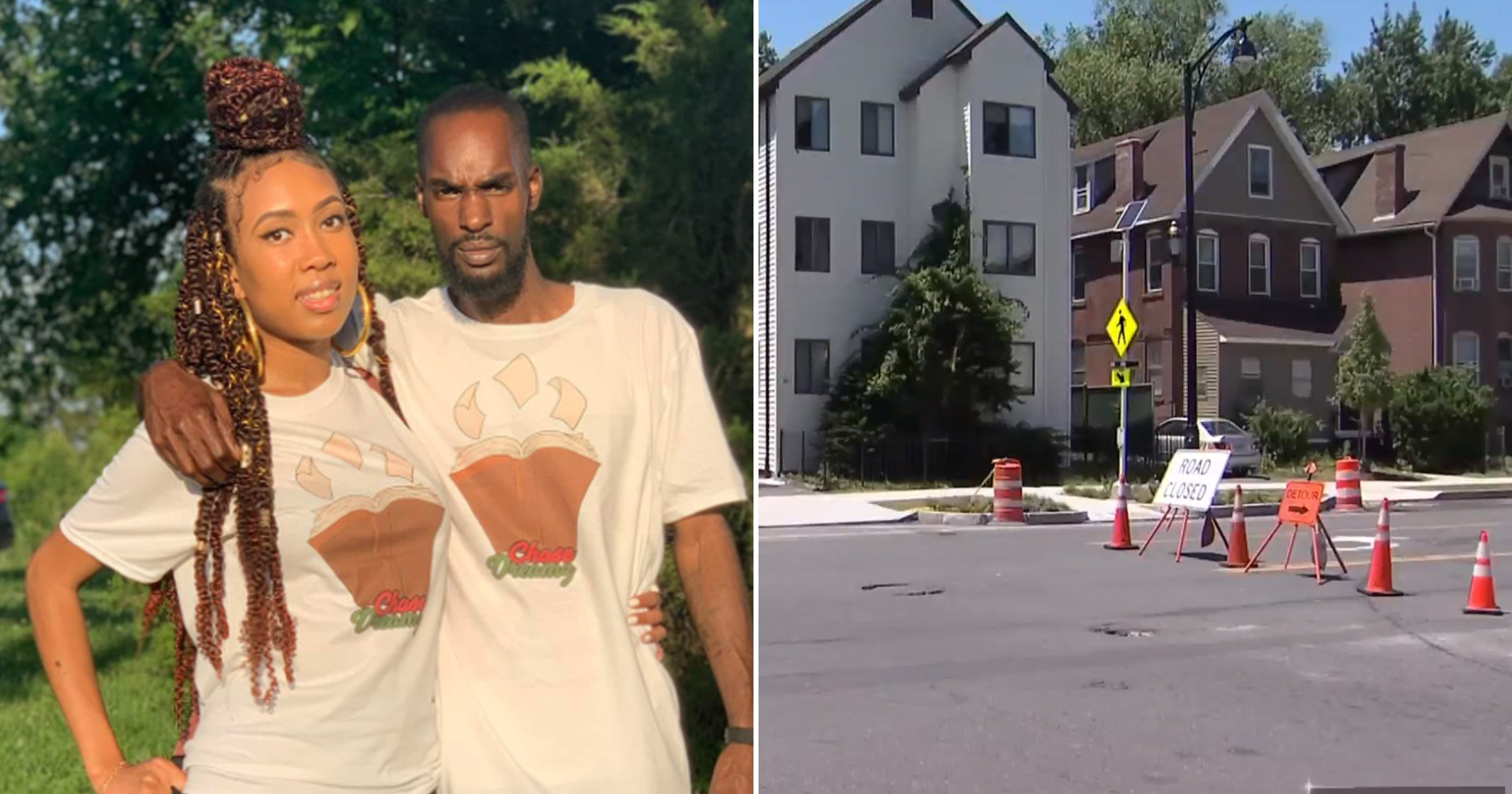 The parents of a four-month-old boy were shot to death and a woman was injured in an argument over a dog on Father’s Day.

Chase Garrett, 39, and Christina Dang, 27, were killed and an unidentified woman in her 20s was critically wounded as a dispute with a neighbor escalated, said Hartford Police Chief Jason Thody on Monday.

A person of interest is believed to have driven off after the shooting.

Garrett and Dang were pronounced dead at the scene at 67 Franklin Avenue in Hartford, Connecticut, shortly after 9pm on Sunday. The third victim, who lived in the same home as the slain couple, was taken to a hospital and is fighting for her life.

It was not clear who the owner of the dog was. The individuals involved in the shooting had not made prior complaints about the canine, cops said.

The vehicle has been located by authorities and an investigation is underway to find the suspect, whose identity has not been disclosed.

Anyone with information is asked to contact the police department.

The couple’s boy has been orphaned.

Hours before the shooting, Garrett posted a photo of himself carrying his son, along with the caption, ‘My first father’s day’.

‘Never thought I would be a Father… but I’ll try and be the best dad I can be… taught me and teaching me so much! My lil Angel…literally,’ Garrett wrote on Facebook.

Dang’s cousin, Olivia Anderson, said the couple had moved to Hartford recently to raise their son closer to Garrett’s family.

‘She just had him in February,’ Anderson told NBC. ‘And she was trying to do better for herself and for her family.’

On Monday, police urged the public to contact authorities when they see confrontations escalate.

‘I can’t say it enough, we have to find better ways to resolve our conflicts in non-violent ways. It is frustrating for the officers because these are difficult to predict and difficult to prevent.’