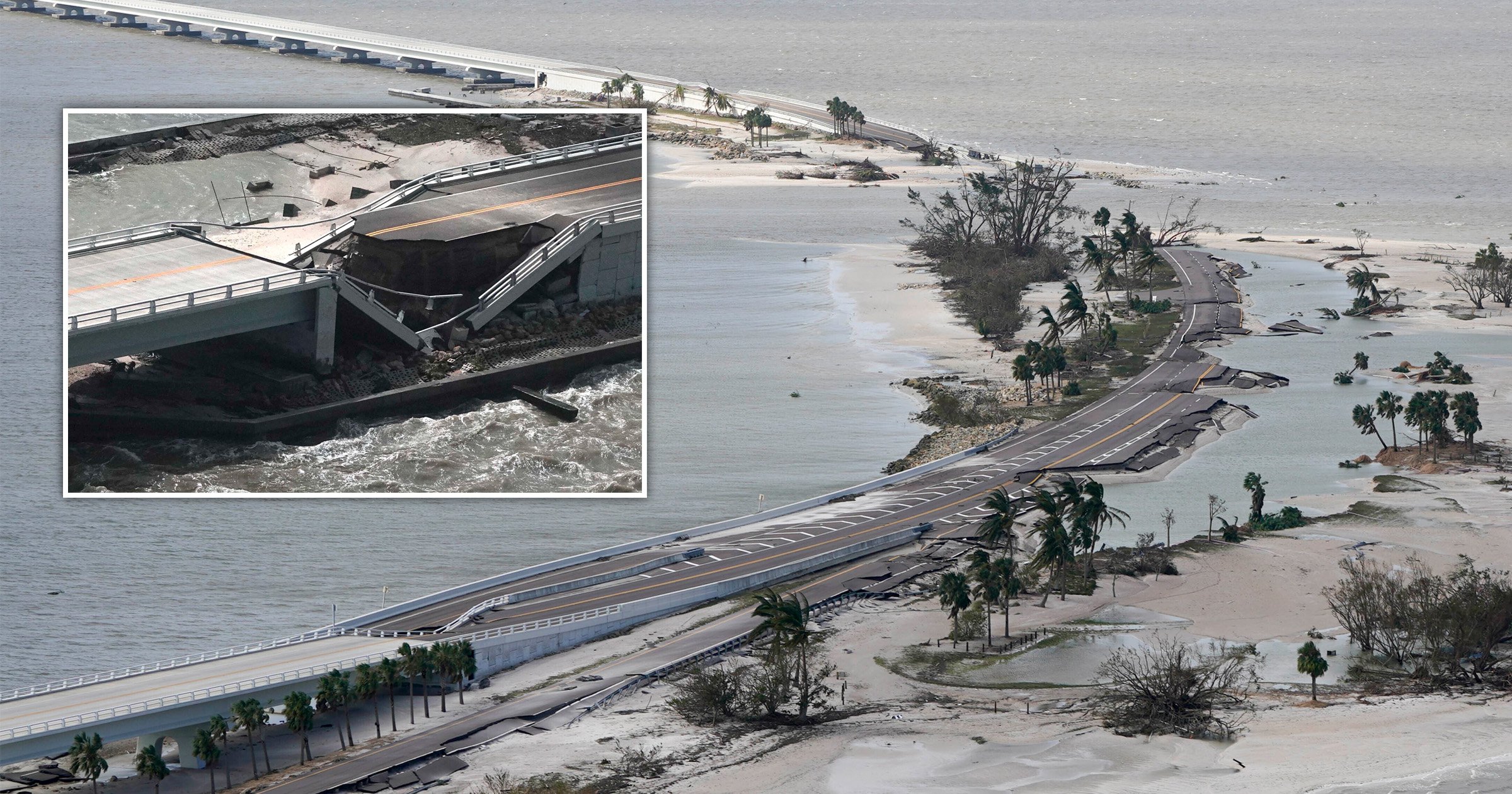 Hurricane Ian tore through the causeway connecting an island in southwestern Florida to the mainland, leaving all residents who did not evacuate stranded.

Between 50 and 65 feet of the Sanibel Causeway collapsed Wednesday as Hurricane Ian barreled through the state, bringing serious flooding, storm surges and damages to many communities.

Storm surge driven by powerful winds collapsed a portion of the bridge, dropping portions of pavement into the Gulf of Mexico.

The now-split bridge prevents anyone on Sanibel Island, a population of about 6,700 people, from accessing mainland Florida. Drivers attempting to access the island had to turn around Thursday, as a massive chunk of the bridge crumbled up near the water’s edge.

It’s unclear how many of the island’s residents evacuated ahead of Hurricane Ian.

Sanibel Mayor Holly Smith evacuated from the island ahead of the storm, and later said she had hoped the causeway, which is the only path to and from the island, would survive the powerful storm.

‘I wish it was [fully evacuated]. No, it is not,’ Smith said, according to NBC News. ‘I am aware of numerous individuals that decided to stay on the island.’

The mayor added that her main concern was the safety of those who decided to stay put in their homes ahead of the massive, Category 4 storm.

‘I’ve been in touch with as many of them as I can be, and that’s a very difficult position to be in when I am sitting 15 miles away and knowing that a number of my citizenry might be in harm’s way.’

Another bridge, the Pine Island Bridge, is also impassable. Both bridges will need to be rebuilt, according to Florida Governor Ron DeSantis.

A Thursday afternoon press release from Sanibel’s mayor asks residents to continue sending the names and addresses of loved ones who remained on the island so that they could be helped.

‘We have requested barge service for the short-term, to get assets on the island for the recovery, possibly for the long-term for island access due to the condition of the causeway,’ Smith said, noting she spoke with DeSantis about the challenges the island faces in the storm’s wake.

She added: ‘Boats are in the water and now heading to or are on island for search and rescue. All individuals on the island need to be taken off.’