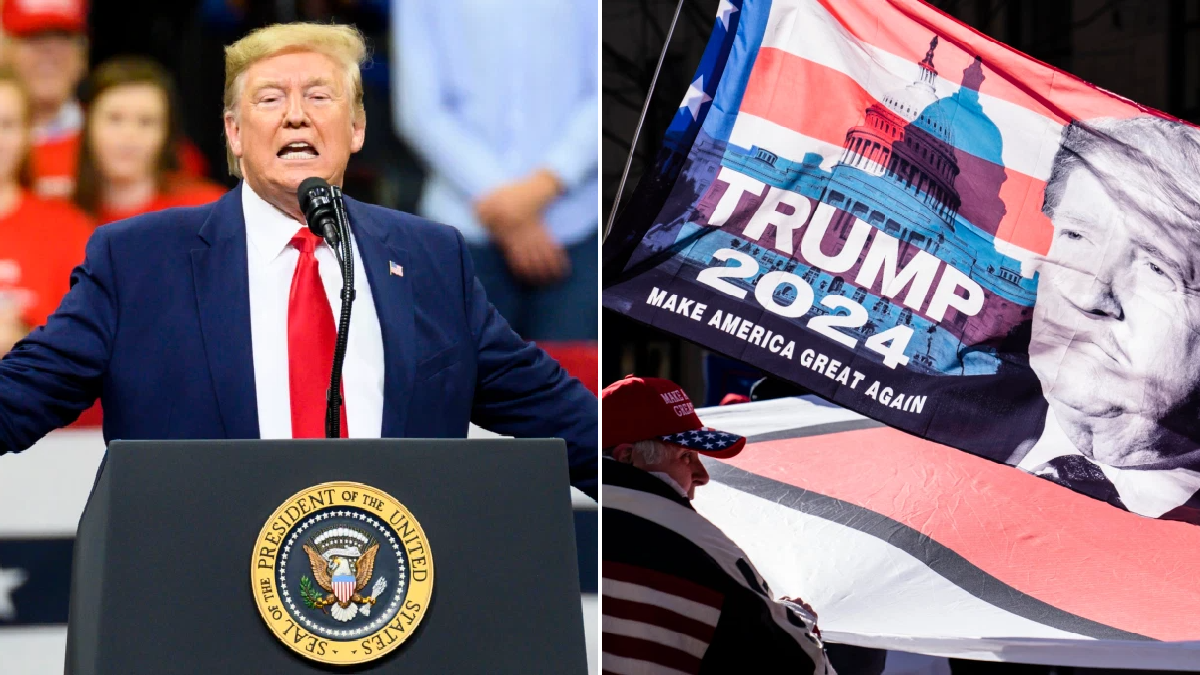 Former president Donald Trump has revealed plans to hold a number of campaign-style rallies this summer as speculation builds over a potential return to the White House for the 74-year-old.

The Republican, having only left office in January, has gone on record several times since the end of his presidency saying that he’s ‘beyond serious’ about running for president again in 2024.

In a fresh interview with One America News on Thursday, Trump revealed his plans to hold rallies in four historic battle ground states in the US in the coming weeks. No dates have been confirmed yet but Trump said he’ll appear in Florida, Ohio, Georgia and North Carolina in the near future.

A source close to the 45th president told the New York Post that Trump will hold at least two rallies in June, with a third event likely to take place around Independence Day on July 4.

The former president has not addressed his supporters in a rally setting since the ‘Stop the Steal’ event that many believe fueled deadly riots at the US Capitol on January 6.

Since leaving the White House Trump has spoke openly about the possibility of mounting a presidential run in 2024. Speaking to Fox News last month, Trump said he is ‘looking at it very seriously, beyond seriously’, when asked if he will run again in 2024.

While Trump won in Florida, Ohio and North Carolina in both the 2016 and 2020 elections, he became the first Republican candidate to lose Georgia in a presidential election since George H.W. Bush in 1992 last year.

Trump is yet to give any indication about the purpose of this summer’s rallies and has promised to release more information soon.

Speaking to One America News on Thursday, Trump again refused to confirm whether or not he has made his mind up about running for president in 2024.

He said: ‘I’m gonna make a decision at the right time and I’ll let you know.’