Donald Trump swerved a question from a reporter suggesting he had consistently lied to the American people during his presidency.

Mr Trump was expected to give an update on the coronavirus pandemic in the US during a White House press conference on Thursday, but the briefing quickly moved on to other topics.

“Mr President… after three and a half years, do you regret at all, all the lying you’ve done to the American people?,” asked S.V Date, a veteran journalist for the Huffington Post.

Mr Trump asked the correspondent to clarify his question, to which he replied: “All the lying. All the dishonesties.”

“That who has done?,” asked a still confused president.

Mr Date made clear that he was asking about Mr Trump himself, prompting the president to turn his gaze to another journalist and give them the chance to ask a question instead, without offering up an answer or defence.

“Go ahead, please,” the president repeated, keen to move on from his exchange with Mr Date. 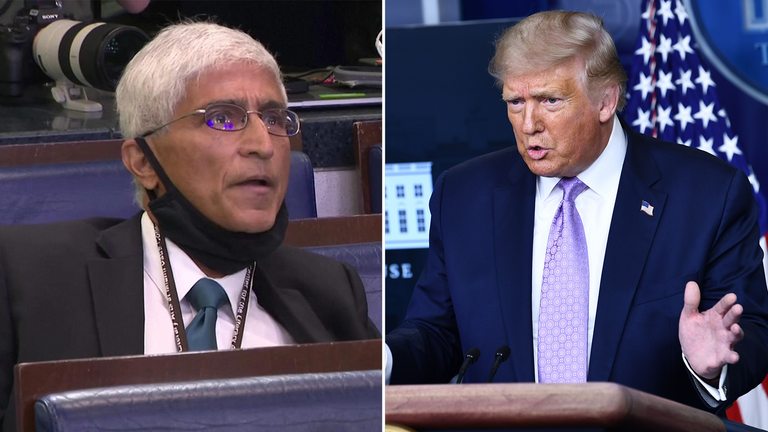 After the briefing, Mr Date, who has long urged White House journalists to push back against the president’s claims, tweeted: “For five years I’ve been wanting to ask him that.”

Previously, an investigation by The Washington Post claimed that Mr Trump had made more than 20,000 false or misleading statements since he took office in January 2017.

His record is under ever-increasing scrutiny as COVID-19 continues to spread throughout much of the US, which has more confirmed cases than any other country with just shy of 5.3 million.

More than 167,250 people have died with COVID-19 in the US, which is also the highest count globally, according to Johns Hopkins University, which is tracking the pandemic.

Investigation into Trudeau’s chief of staff dismissed by ethics commissioner

Black New Yorkers Are Twice as Likely to Be Stopped by the Police, Data Shows